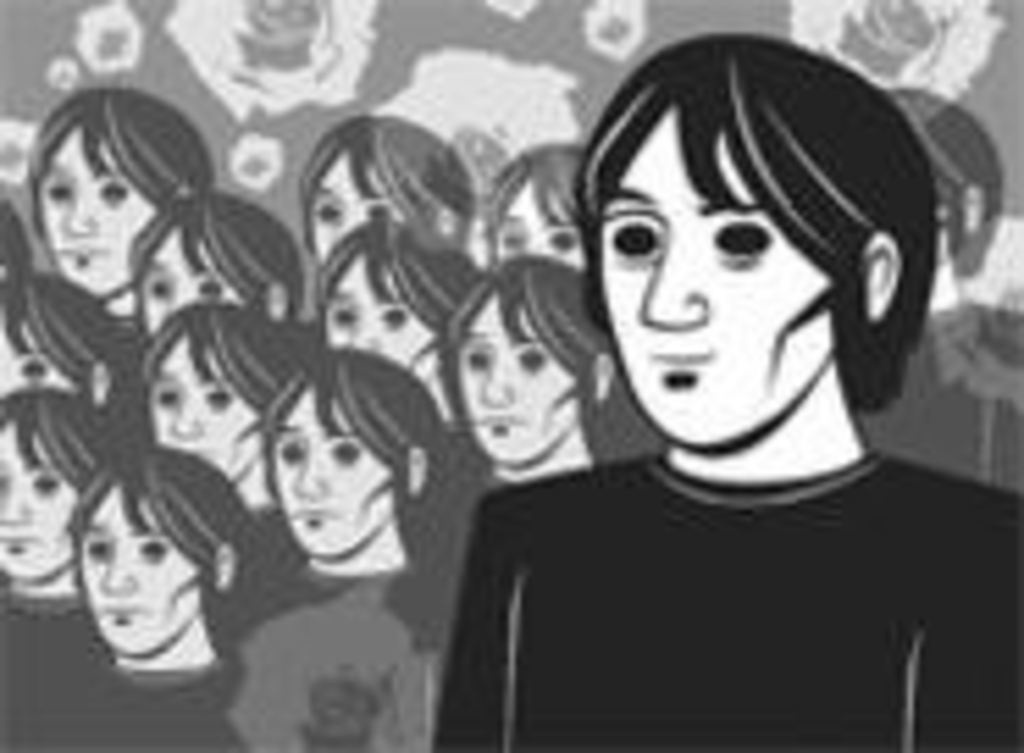 SUN 10/23
Elliott Smith’s suicide two years ago was a poignant loss to the music community, but it wasn’t entirely unexpected. Over five albums, Smith had made a habit of inviting listeners into the darkest parts of his soul, often revealing a lost and tormented young man. Like Morrissey before him, Smith possessed the secret map that leads to the hearts and minds of alienated youth. His brilliant songwriting flowed from bouncy Beatles pop to melancholy acoustic strumming, but the anguish in his voice remained a constant, just below the surface. Sad-eyed hipsters of the heartland can remember the man and his music at 8 p.m. Sunday at the Brick (1727 McGee) for the Elliott Smith Memorial Show. “I knew we wouldn’t be able to hear any of Elliott’s music live again unless we actually did something about it,” says organizer and superfan John Westermann. The tribute features an assortment of local musicians — including Terry Moore, Adam Stotts, Andrew Ashby and Craig Comstock — mining Smith’s catalog and offering up performances of the musical riches to those in attendance. Admission is $8, which goes to Free Arts for Abused Children, a nonprofit set up by Smith’s family. By David Hudnall

Inked
See the Girls’ tattoos — all of them.

MON 10/24
Playing like an empowered spin on the Girls Gone Wild series, the Suicide Girls‘ First Tour DVD uses interviews to supplement its footage of live, near-nude cavorting (and extra shots that show more than the Girls can unveil onstage). These performers invariably joined the troupe to express themselves, further their artistic careers and show off their ornate tattoos and piercings — all better reasons than the tired “I was young and needed the money.” Intrigued viewers can visit the eponymous Web site, which includes more than 77,000 pictures (along with wish lists allowing suitors to buy books for their favorite dancers). The Girls’ commanding stage shows are fueled by confidence, and the creative sets, elaborate costumes and goth-heavy soundtrack further distinguish these routines from strip-club choreography. For an up-close-and-personal view, head to The Granada (1020 Massachusetts, 785-842-1390) at 9 p.m. Monday. By Andrew Miller

On the Bali
Have high priests blessed your gamelan ensemble?

FRI 10/21
The University of Missouri-Kansas City’s gamelan ensemble claims to be the newest and largest in North America. The instruments were made by Bali’s most highly respected composer, tuner and gongsmith, I Wayan Beratha, then sent on a months-long journey by cargo ship — only after a blessing by Balinese Hindu high priests. (By the way, the word gong is Javanese in origin and, along with amok and ketchup, one of the few Malay words to have made it into English.) Discover the group’s synchronization of metallophones, drums, cymbals and other instruments when Gamelan Genta Kasturi (“Ensemble of the Blossoming Sound”) performs at 7:30 p.m. Friday at the Boley (12th Street and Walnut). Call 816-221-5115. By Annie Fischer

THU 10/20
The Devil Music Ensemble, an experimental trio that has shared the stage with avant-rockers Oneida and noted minimalist composer Terry Riley, tours the country providing live soundtracks to silent films such as Modern Times, Big Stakes and The Cabinet of Dr. Caligari. The band tackles vampire classic Nosferatu at 8:30 p.m. Thursday at Liberty Hall (644 Massachusetts in Lawrence, 785-749-1972), just in time for Halloween. Admission is $7. — Fischer