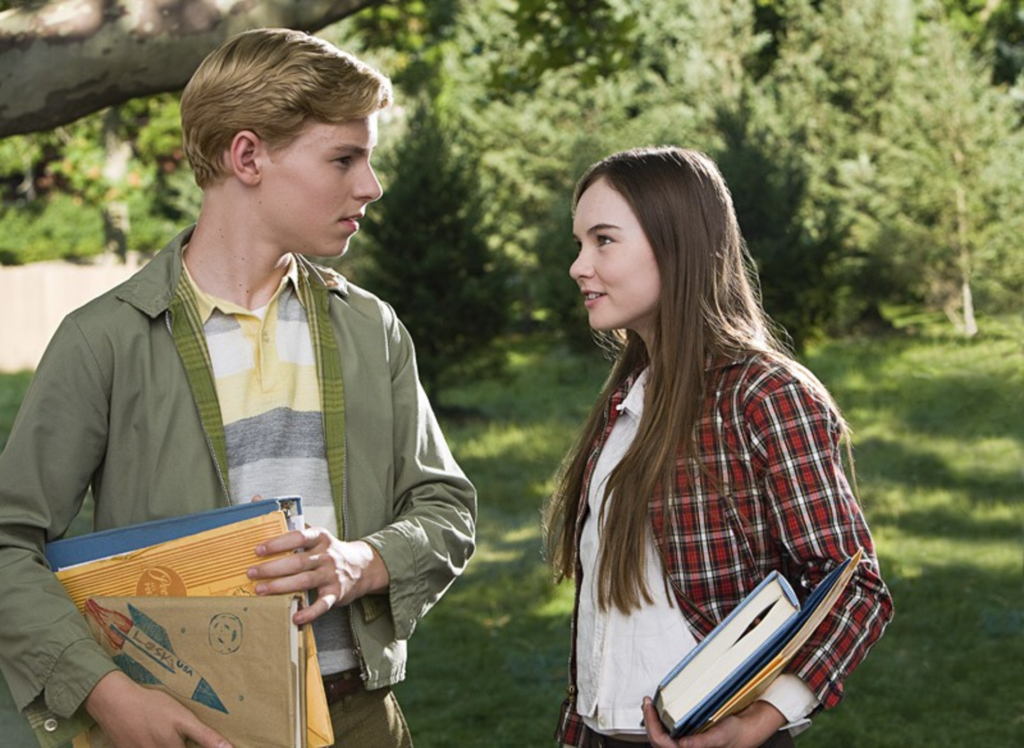 Adapted by Rob Reiner and Andrew Scheinman from Wendelin Van Draanen’s novel, and set in a late-’50s America rooted more in that era’s sitcoms than in reality, the film’s coming-of-age love story follows its hero and heroine from second grade to junior high. Juli
(Madeline Carroll) loves Bryce (Callan
McAuliffe) from the moment his family moves in across the street. Bryce, terrified of Juli’s forthrightness, masks his terror behind asshole behavior that worsens with puberty — until the pangs of true love hit him.

Narrated by both young characters, Flipped alternates point of view, to show how each interprets the same situations. The film settles into its hard-sell charm when it and Bryce segue from being dishearteningly dismissive of Juli as a stalker turned crazed ecoactivist (foreshadowing 1960s political upheaval) to celebrating her intrinsically principled decency. Bryce, meanwhile, struggles to shed an ideal of middle-class macho defined by his jerk father and reinforced by his best friend.