Flier of the Week: Ad Astra Drumline Experience at the Taproom 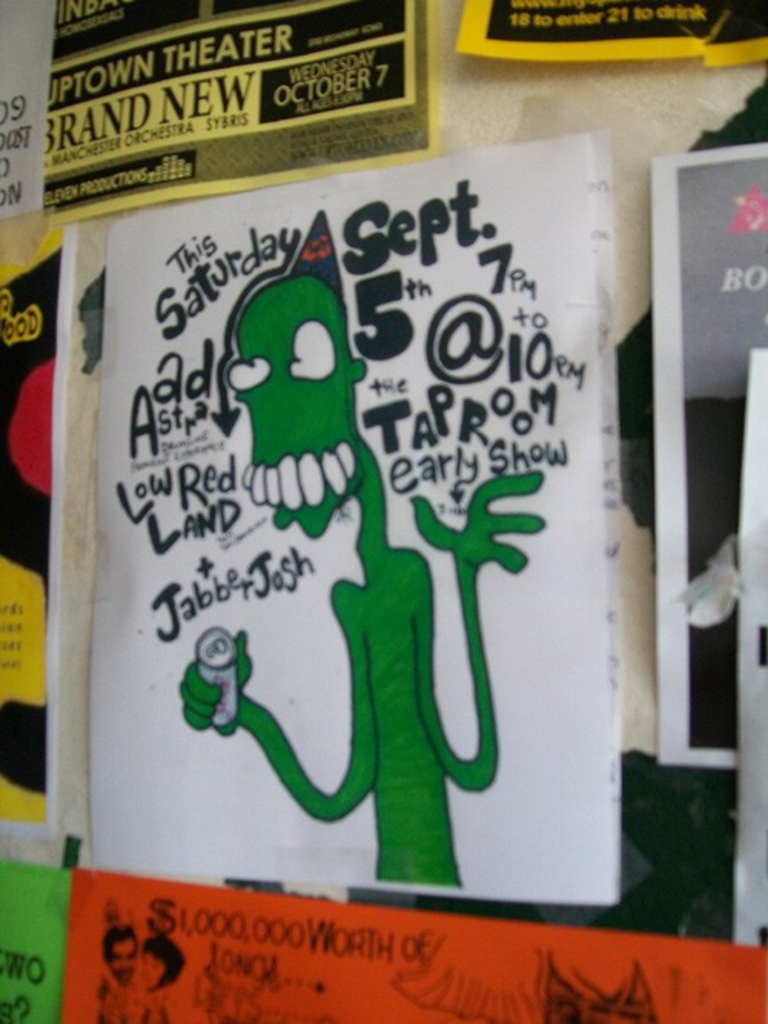 Ooh. Check this sucker out. It’s a very simple drawing, and is still kind of badass, thanks in part to the fact that it’s got a green monster/dinosaur-type thing holding a beer. This flier was dead smack in the middle of a bunch of your usual photocopied “band image with text” fliers in front of Henry’s in downtown Lawrence, and jumped right out as I was wandering around trying to find something nifty to make up for not having a flier last week.

The full name of the headliner is actually Ad Astra Drumline and Freakout Ensemble, which is “Members of the Arkestra and guests. The name says it all,” according to the Ad Astra MySpace page. Opening acts are San Francisco’s Low Red Land and Jabberjosh. The show takes place tomorrow at the 8th Street Taproom in Lawrence, and gets going early with a 7pm start, and costs $3. 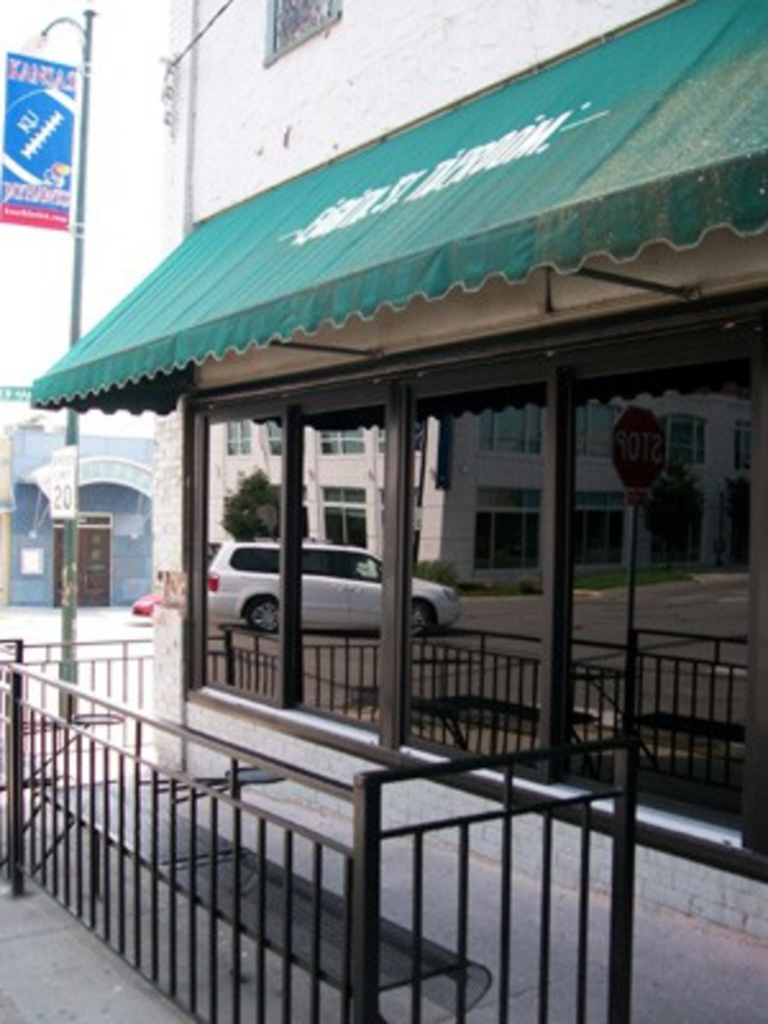 As an added bonus, the show gives you a chance to check out the new upstairs at the Taproom. As you can see from the picture there on the right, the upstairs at the Taproom will no longer be the dank, dark, secretive place we’ve come to know and love. All your naughty exploits in the corner booth will now be viewable to the folks out on the smoking patio, as well as the inevitable yuppies staggering their way to and from the Sandbar next door.

Of course, the basement will still be the red-lit, low-ceiled dance palace it’s always been, so fear not — your drunken hookups will always have a dark, noisy corner in which to get started during a soul party dance night.