Flier of the Week: A Night of Live Hip Hop 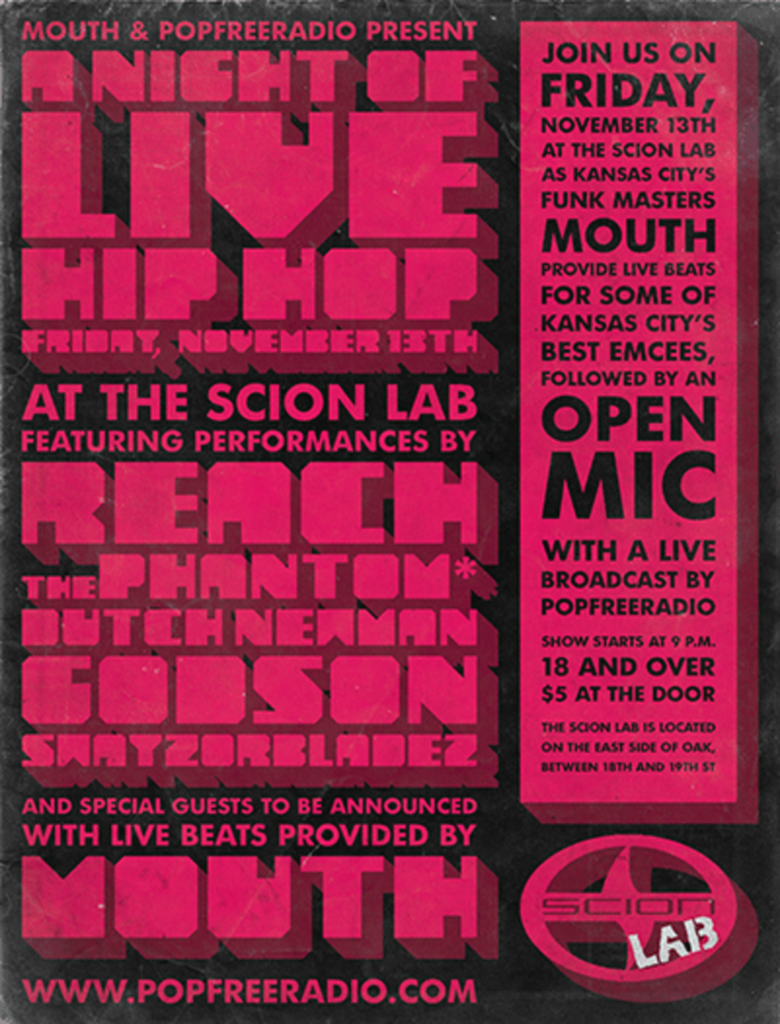 Mouth has been making these amazing text fliers for their shows, and I’ve been meaning to showcase them for a while. Most text-only fliers are ugly as sin, but Mouth’s Jeremy Anderson -has the ability to do more with a little bit of color and a simple image than most people can do with the whole Photoshop suite. You can check out a whole bunch of his past work over at the band’s MySpace.

This show has a pretty swank concept. Anderson explained in an e-mail:

“The idea for the show was for us to pick five of our favorite local emcees, come up with live arrangements for two or three songs by each one, and make the night in to something like a giant live mix tape. We’ll also be playing a short set of our own tunes and hosting an open mic for emcees at the end of the night. PopFreeRadio will be broadcasting the whole thing live.”

The show hits the Scion Lab (located on the east side of Oak Street, between 18th Street and 19th Street, right behind Grinder’s and CrossroadsKC) on November 13. Mouth will back Reach, thePhantom*, Dutch Newman, and Swayzorbladez. More special guests are to be announced.