Five reasons why Loufest belongs on your calendar in 2017, plus a slideshow featuring LCD Soundsystem, Ms. Lauryn Hill and Chris Stapleton

Earlier this summer, The Pitch noted several road-trip worthy music festivals. This past weekend’s Loufest in St. Louis’ Forest Park was at the top of the list for its potential – and ultimately Loufest exceeded even our loftiest expectations.

The festival’s headlining acts, which included LCD Soundsystem, Ms. Lauryn Hill and Chris Stapleton, reflected the quality and diversity of the rest of the Saturday and Sunday bills – just one of several factors that render this a must-attend festival for Kansas Citians in 2017. Based on our 2016 venture, here are five reasons to mark next year’s Loufest on your calendar now. 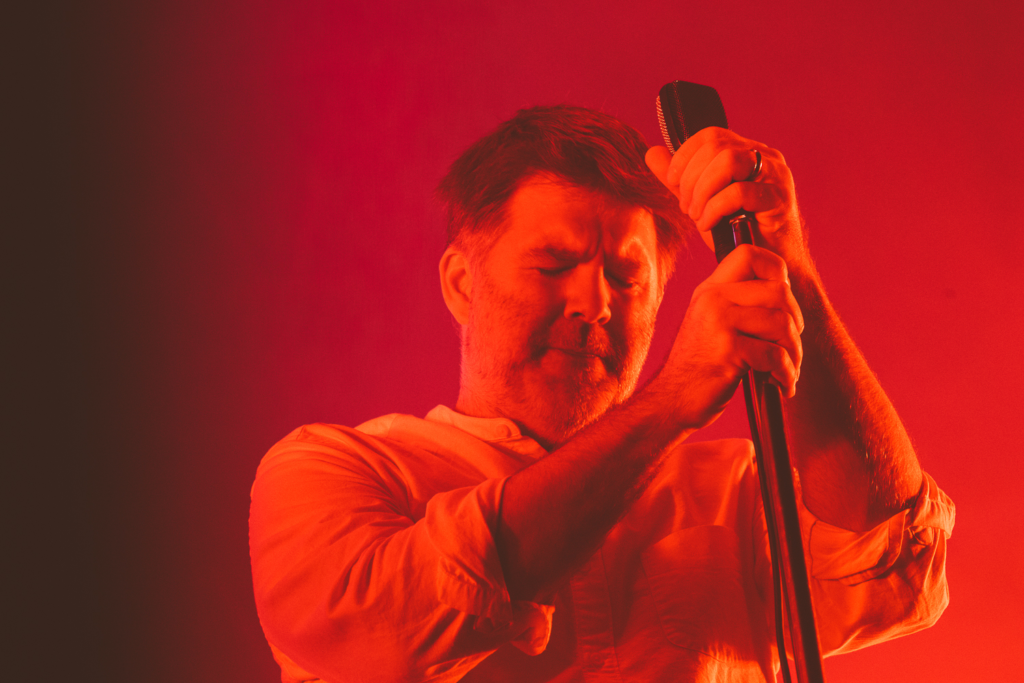 As previously mentioned, the festival’s headliners included the legendary LCD Soundsystem during its reunion tour, Ms. Lauryn Hill (for a punctual and devoted performance) and one of Nashville’s most-respected and hottest artists, Chris Stapleton. The organization of this lineup in both musical diversity and quality demonstrates a respect for the festival audience, casting a wide (but not-too-wide) net in attempt to provide a little something for everyone. And the quality didn’t suffer a drop-off following the headliners. Just down the bill other acts included the Kills, Band of Horses, Charles Bradley and His Extraordinaires, Frightened Rabbit, the Preservation Hall Jazz Band and Big Gigantic, among many others. Festivals typically draw upon success of years past when it comes to booking, and if Loufest can even just sustain what that it brought in this summer for next year’s festival, it is well worth the effort to drive east. 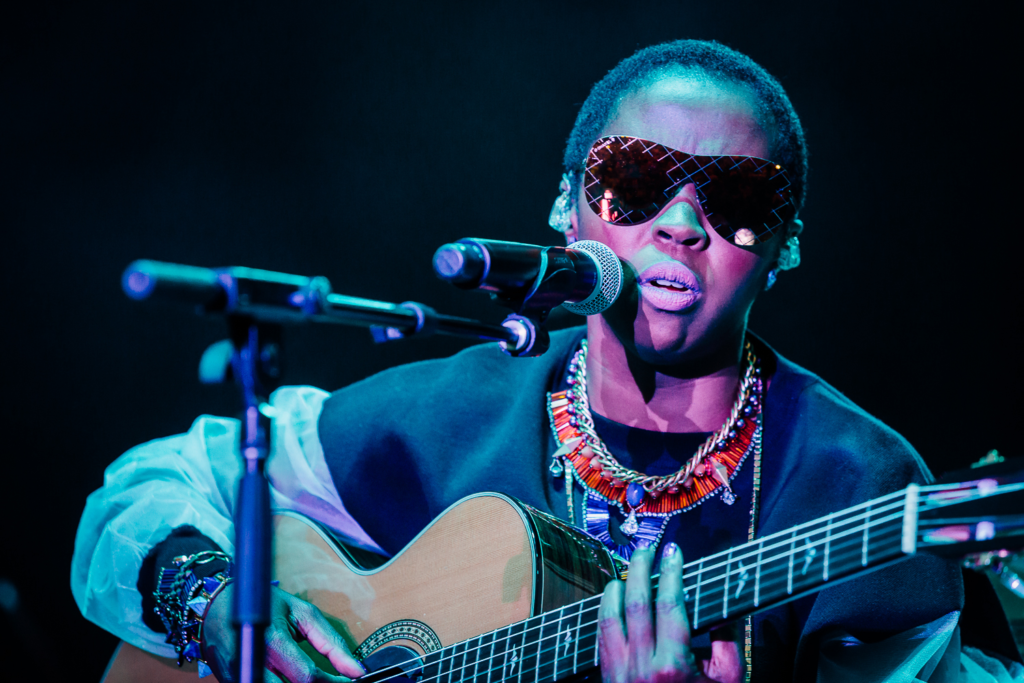 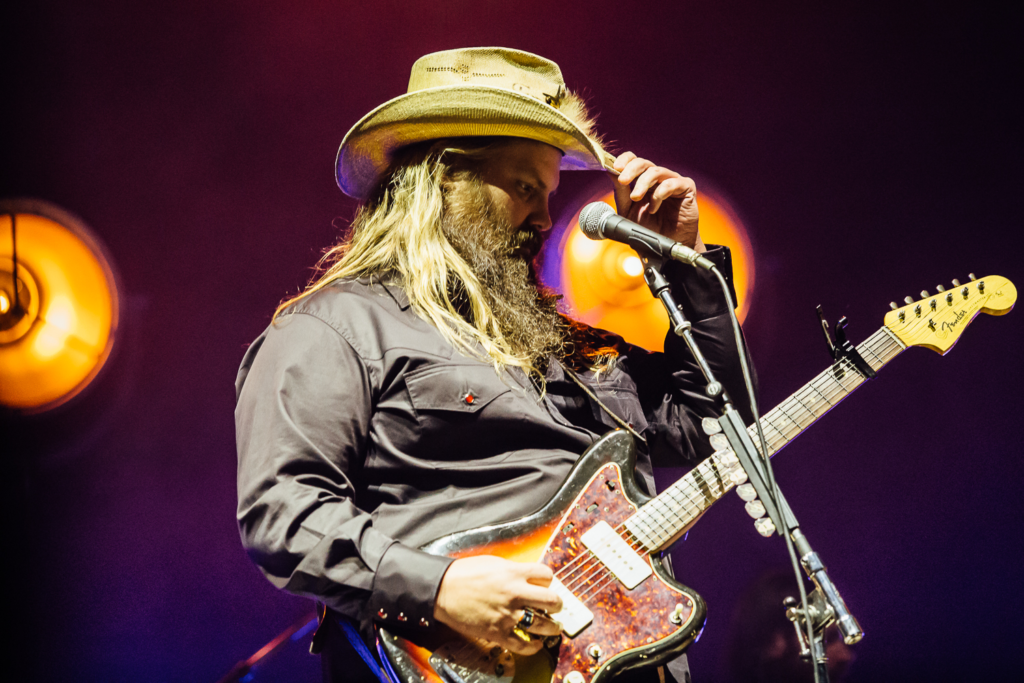 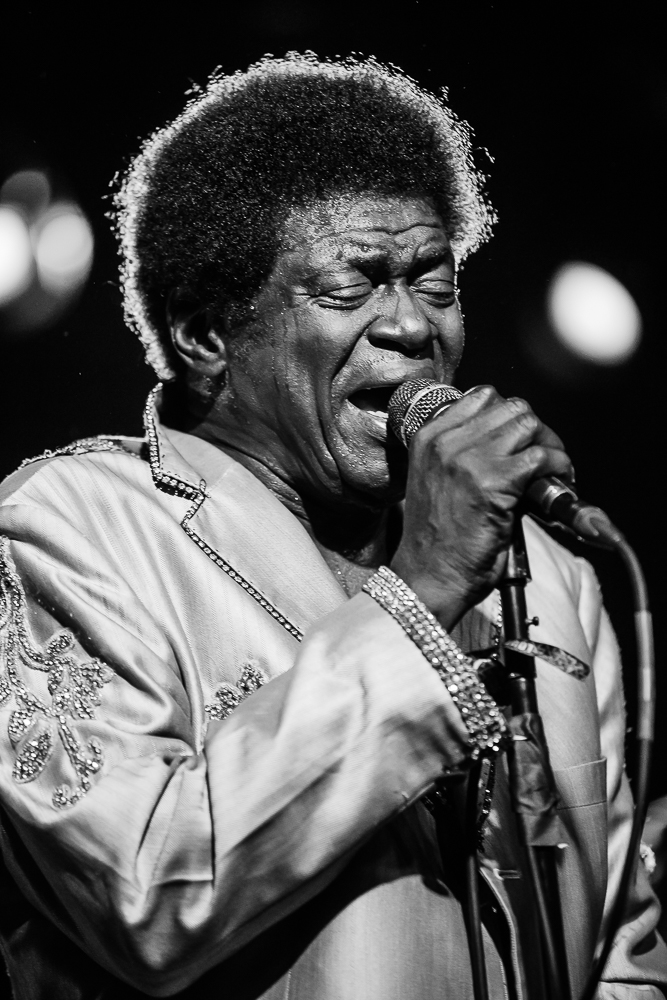 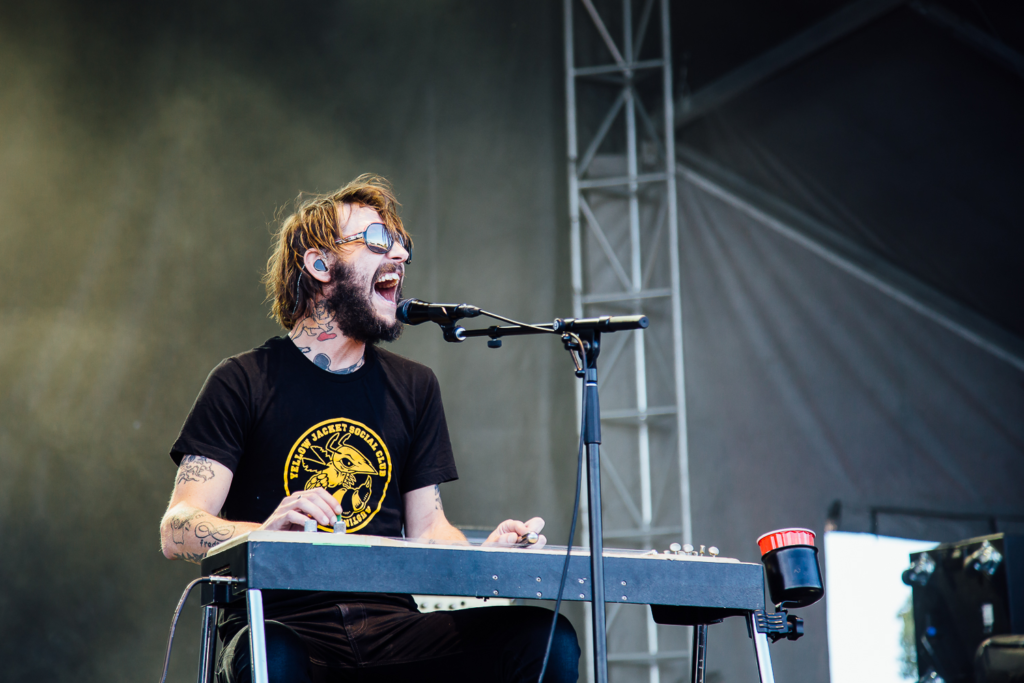 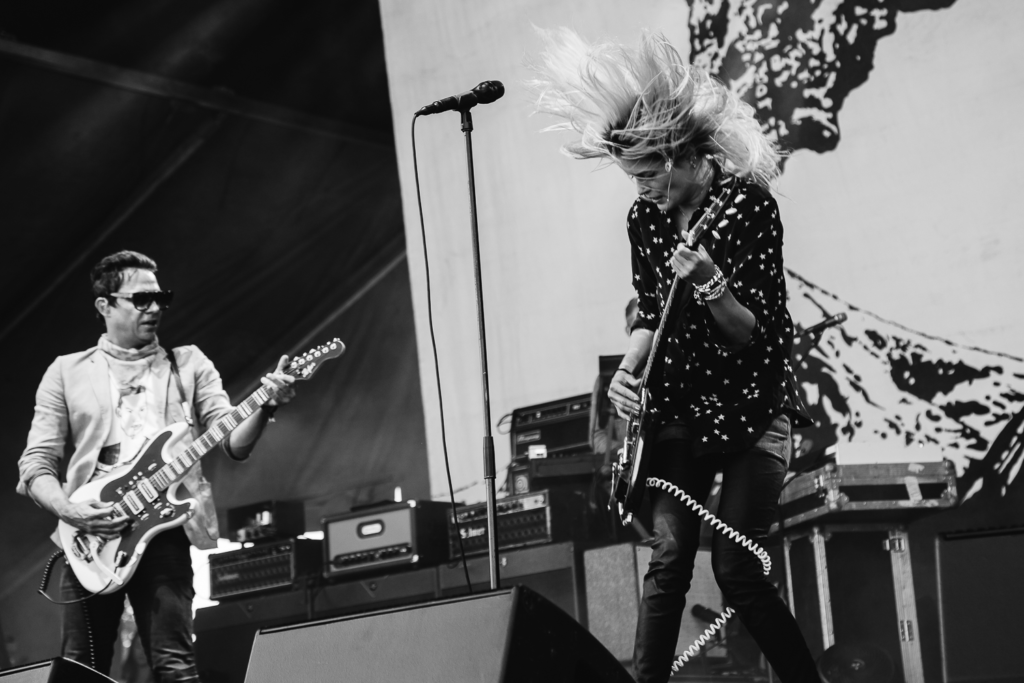 As big as the headliners were, many festival attendees were most excited for some of music’s most buzzed-about up-and-coming artists, notably hip-hop artists Anderson .Paak and the Free Nationals, Vince Staples, the ultra-dancey St. Lucia, the unfortunately named but very fun Diarrhea Planet, iLLPHONics, Bruiser Queen and the dreamy Twin Limb. It is a daunting task to pull head-take headliners in the way Loufest did this year, but the festival also deserves a ton of credit for its research and its timing with up-and-comers. Audiences were highly receptive and performance spaces well-appointed. Overall, the quality apparent in this year’s lineup of up-and-comers bodes well for Loufest’s future bookings. 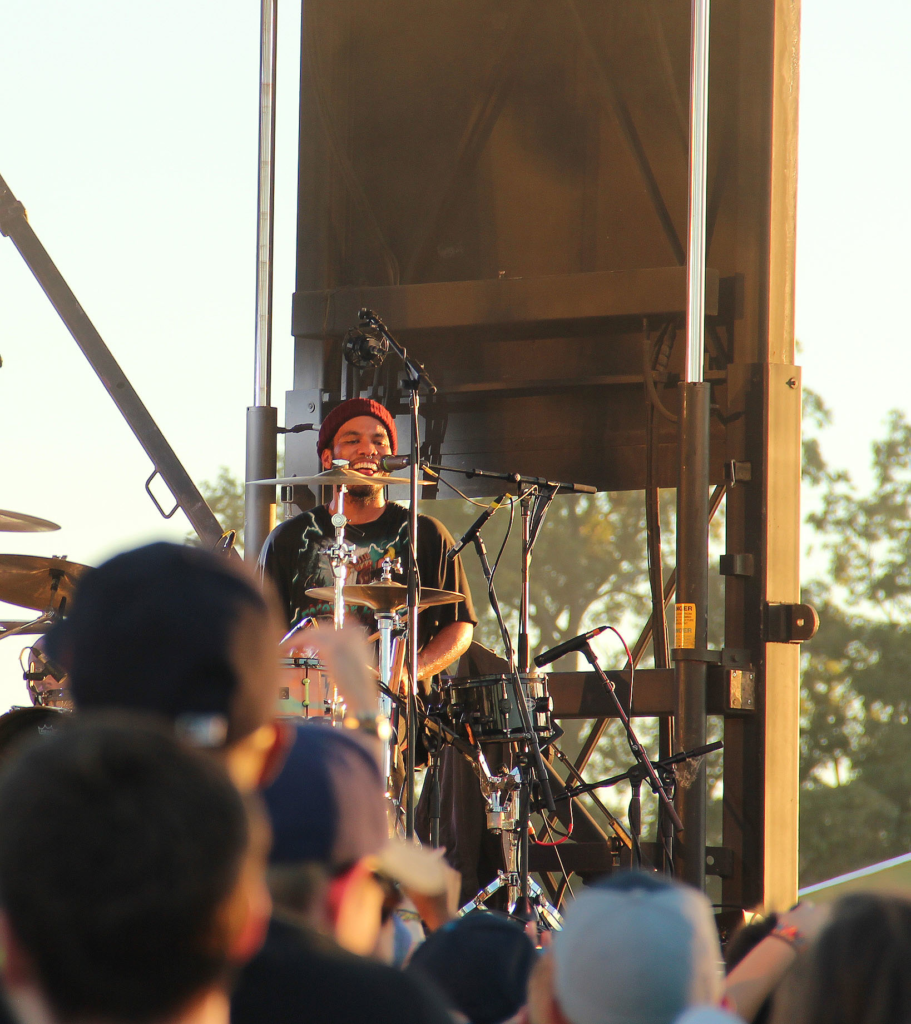 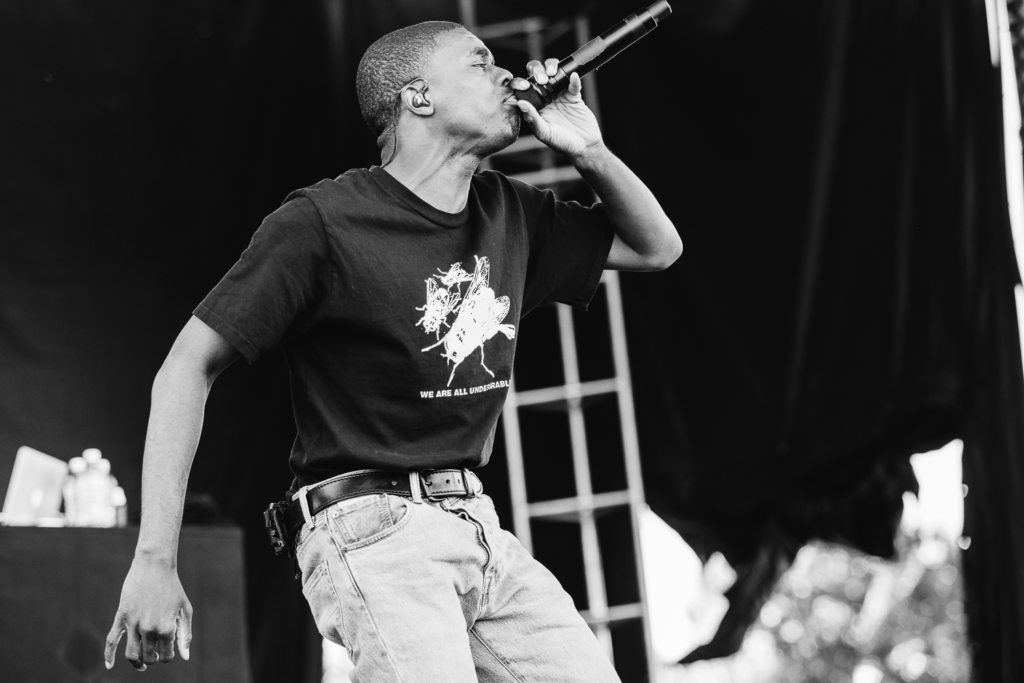 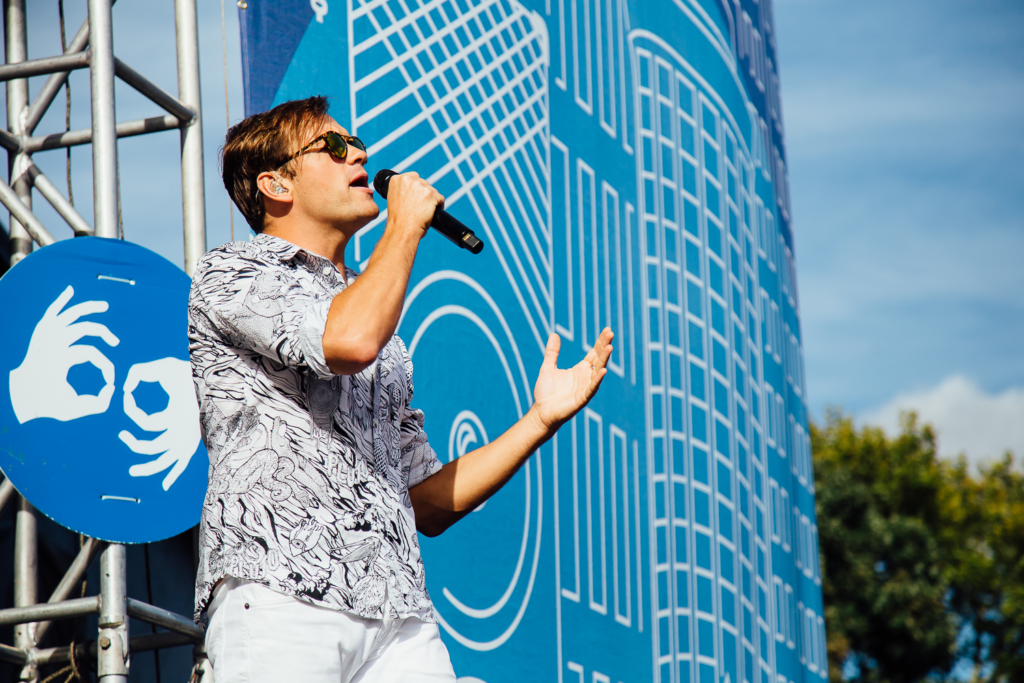 Chicago’s Lollapalooza was $335 for a weekend pass. GA tickets to Coachella were $375, and Bonnaroo this year clocked in at $325 to start. This year’s Loufest tickets, by contrast, were just $95 for two-day GA passes, or $60 for a one-day pass. VIP tickets were available for $325. As far as festivals with this caliber of headliners go, this is legitimately affordable. A number of inexpensive Airbnb rentals in the immediate vicinity help make the entire weekend budget-friendly. 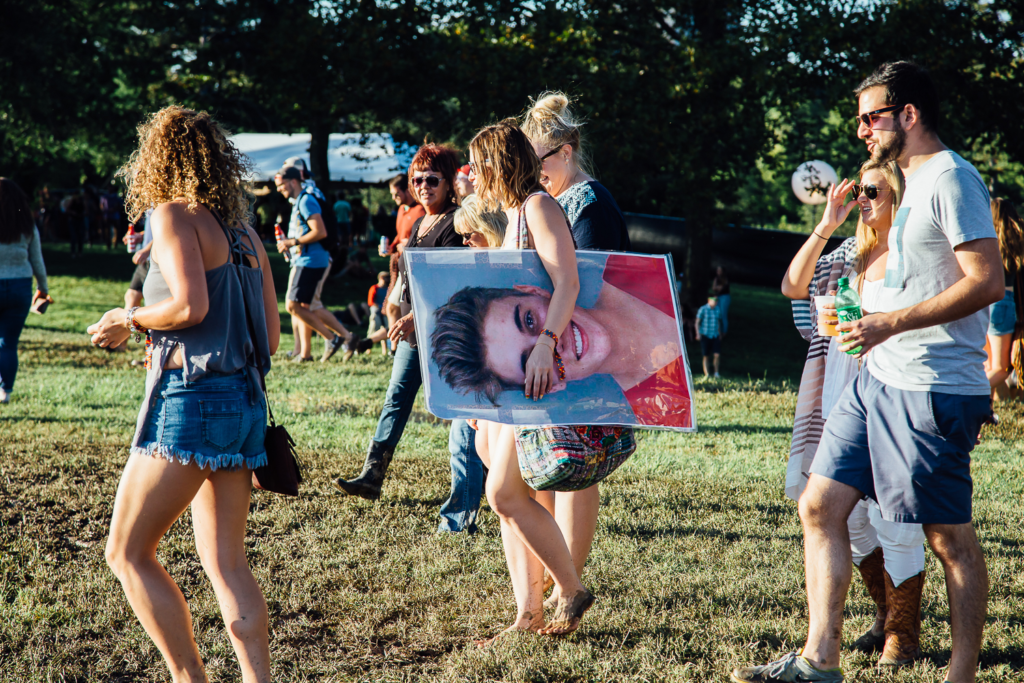 St. Louis is a four-hour drive from Kansas City – a quick, easy (albeit very boring) jaunt on I-70. Loufest is held in Forest Park, an enormous and beautiful green space with loads of history. Forest Park is approximately five miles from downtown but is nestled against St. Louis’ hip central west end, packed with cool bars and restaurants to retire to at days’ end. The festival is slated to continue being held here. Additionally, Loufest’s partnership with Uber ensured that dozens of drivers were ready at any given moment at a designated location. It was (and should continue to be) easy to get in and out of. Plan to park at your hotel or Airbnb and just get a ride in. 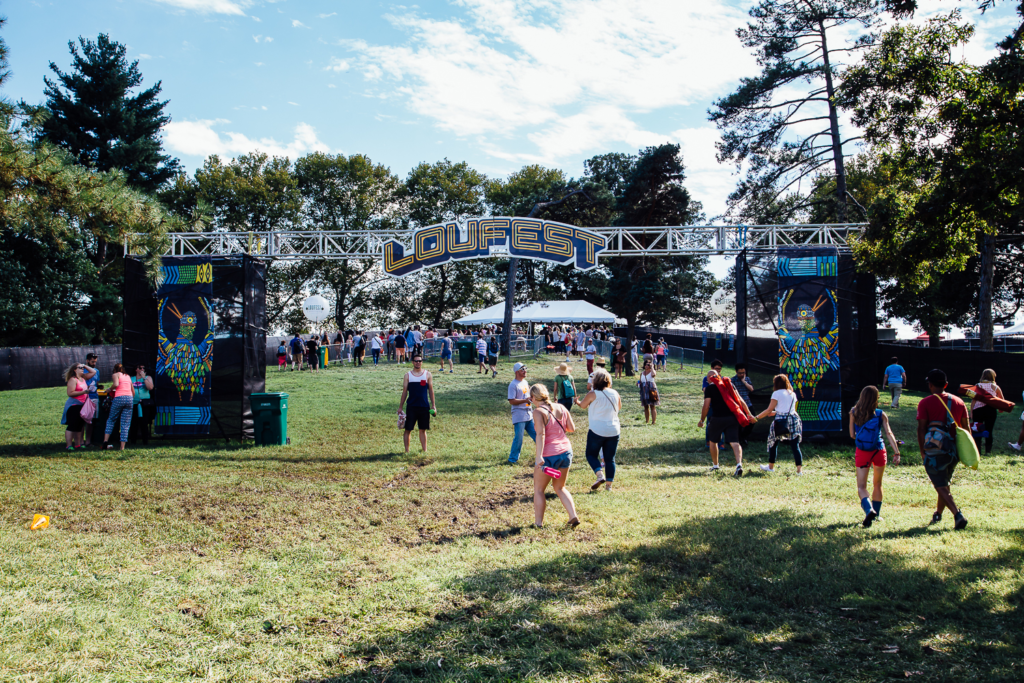 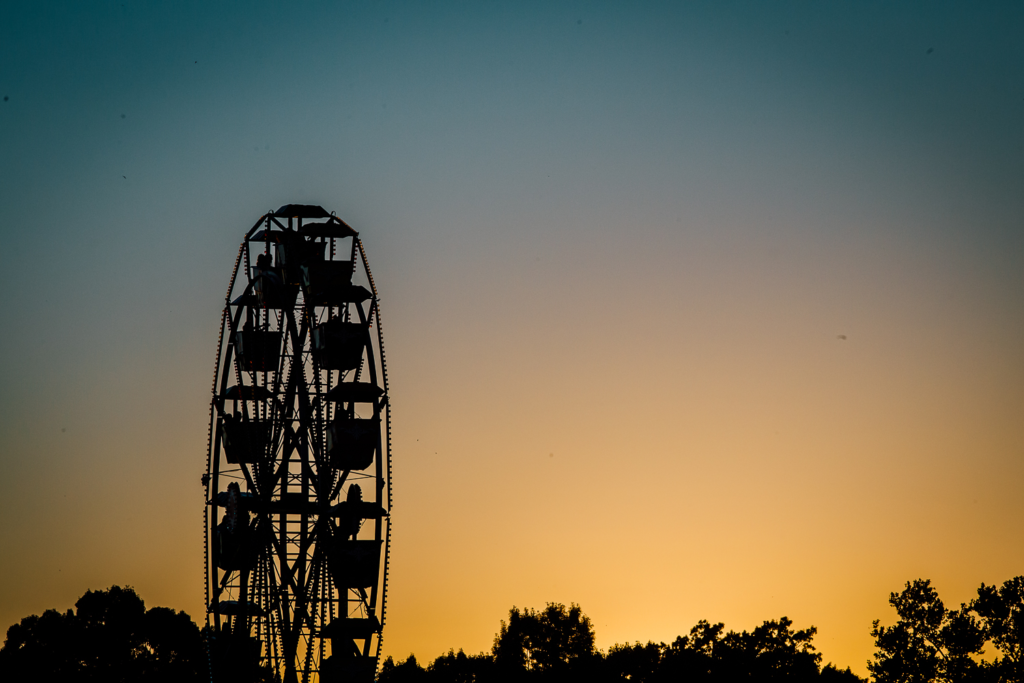 This year’s Loufest “Nosh Pit” was stacked with 25 different food vendors (better selections, naturally, were available in VIP). Yet, even for GA ticket holders, options were impressive: street tacos from Mission Taco (slated to open its first KC store next year), empanadas from Tango Argentina Food, donuts from Strange Donuts, chicken and biscuits from Cleveland Heath, and much more. Lines never spanned more than six people and food prices ranged from $4 to $7 per item. Drink prices at Loufest were likewise reasonable considering the type of event, with tall boys available for $6, and cocktails ranging from $7 to $10. Bars, like everywhere else in St. Louis, are plentiful and in this case were well-staffed with volunteers. This event gets staffing right.

One more crucial thing was very well-stocked – toilets. Considering that each day of this year’s festival brought approximately 25,000 concertgoers, the toilet situation remained in control. There were hundreds of them. For this we are thankful. 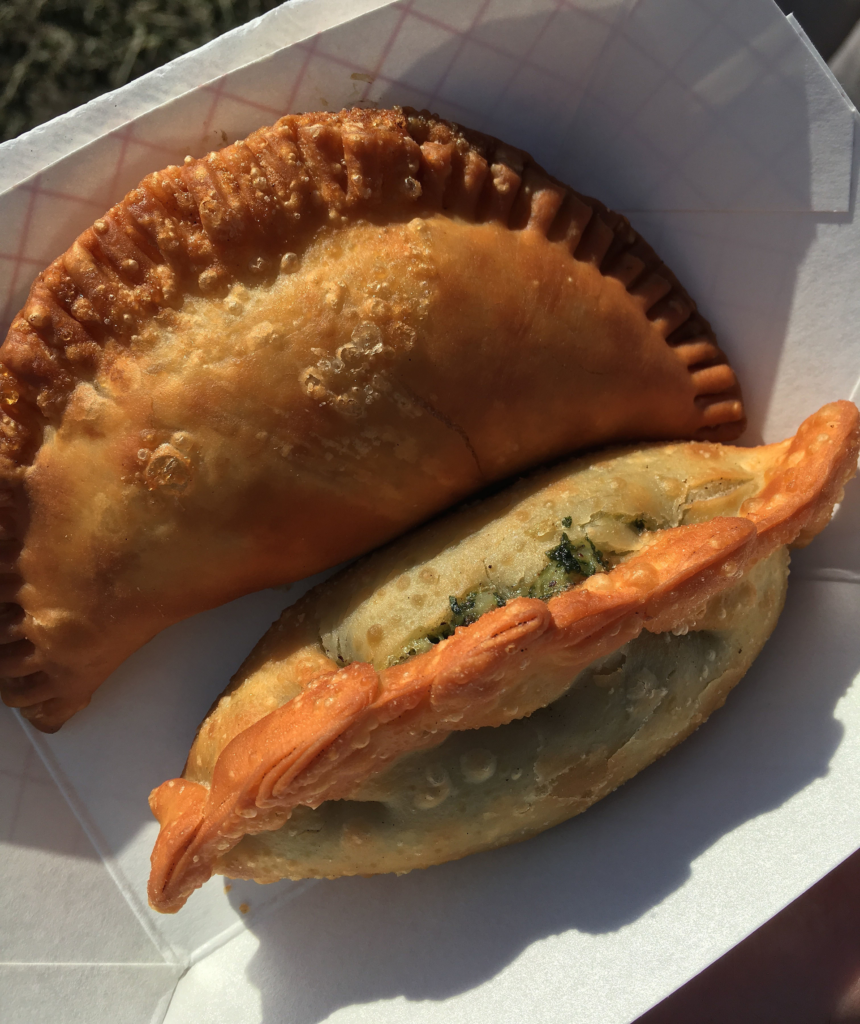 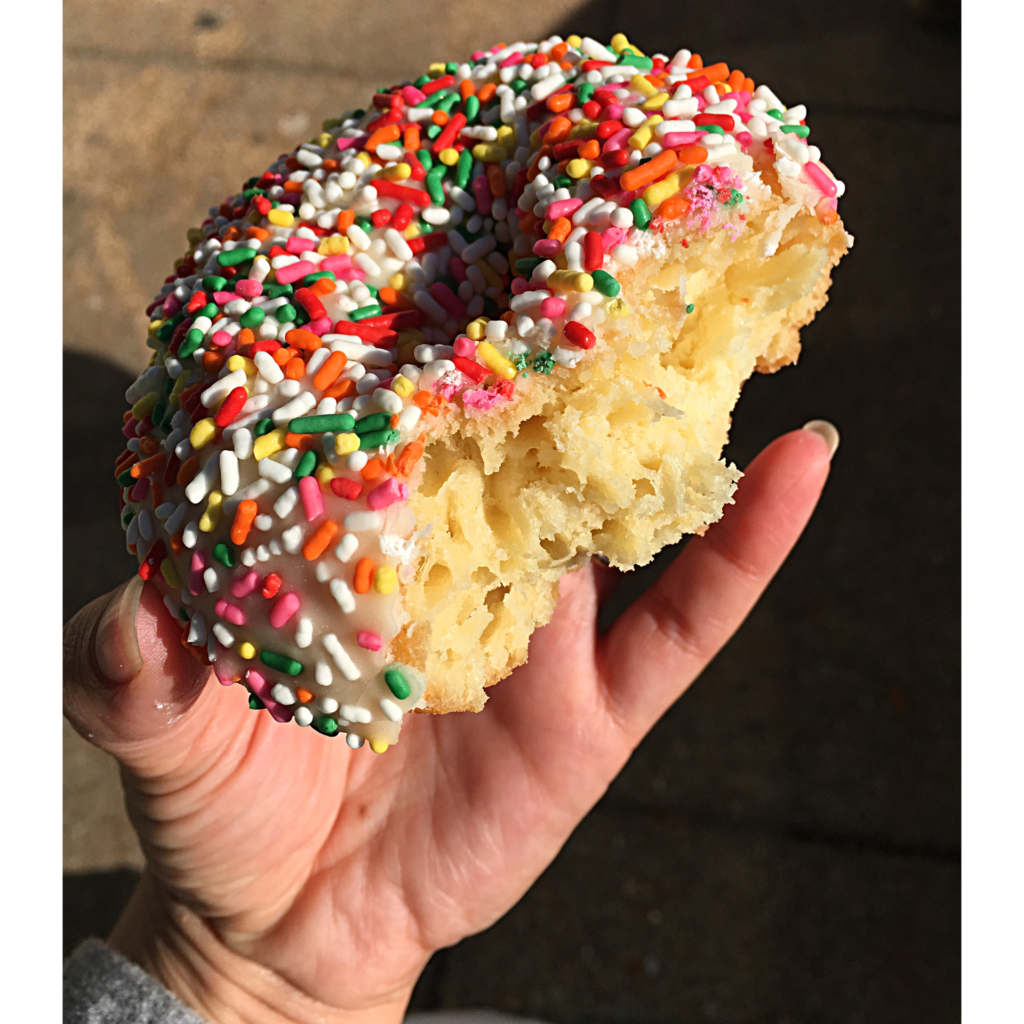 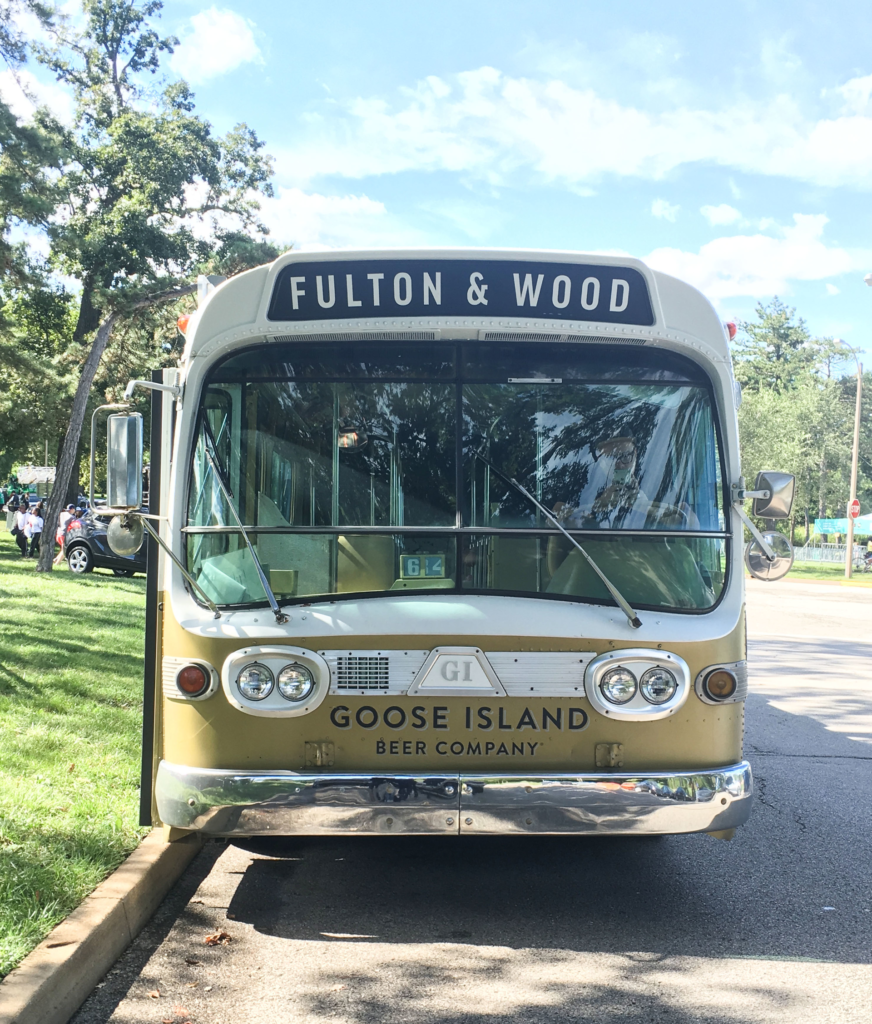