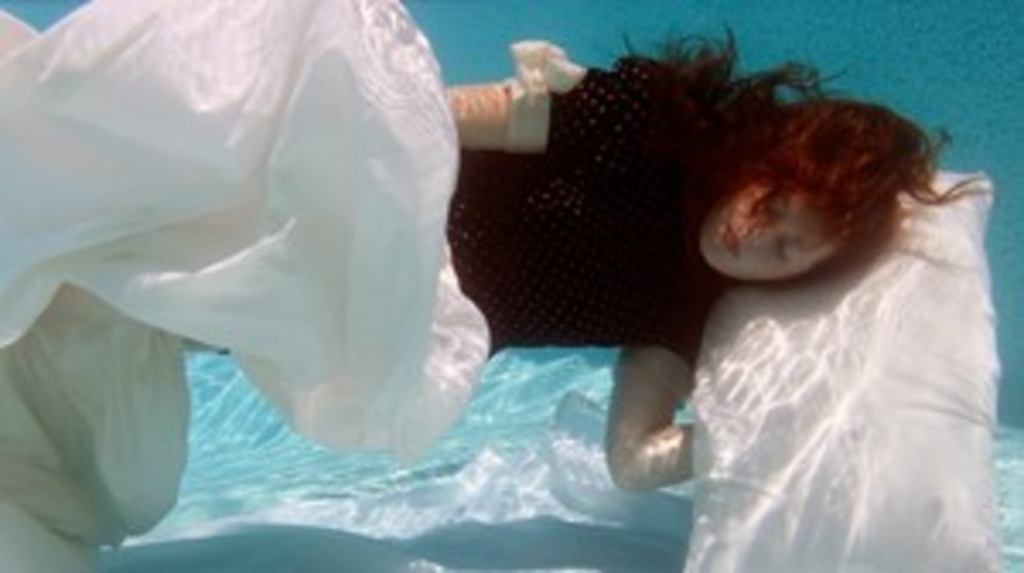 September’s First Friday
is a tough call. A big street party at 19th and Locust is ready to draw your attention, but so is the opening of M.A. Alford‘s last major showing of work under that persona. Like Gerhard Richter, he’s marking the transition with fire. Selections from the nearly 1,000 works the artist “left behind” (the exhibition is being pimped as a show by “the late” Alford, curated by his “twin brother,” Mark Allen; uh, he’s alive, and there’s no twin) include photographs, paintings, videos and sculptures, and everything that doesn’t sell this month goes up in flames in a ceremony. It’s at Beggar’s Table – site of Alford’s first solo show before the gallery moved to 2010 Baltimore.

On a lighter note, an actual set of twin brothers shows together for the first time at Alpha Gallery (2014 Main). Ben and Matthew Hawkins are known, respectively, for quirky sculptures of found objects and for small-run 3-D shadowbox paper sculptures that take on pop-culture staples such as zombies, beer and baseball.

Over at Red Star Studios’ ceramic gallery (the one at Belger Crane Yard Studios, 2011 Tracy), resident artists Jo Kamm and Keira Norton show off the fruits of their 24 months there. In video and live, Kamm dares to join up with Kansas City’s juggling community Friday. That’s right – they’re going to throw around highly breakable handcrafted sculptures. Norton’s work is a quiet contrast of meditative and provocative explorations of the eerie folk creature known as El Encantado (“enchanted one”). Like an Amazon river dolphin fairy, rumored to appear suddenly and seductively, taking female victims away in the night, this creature is Norton’s muse, and she renders it beautifully.

A number of international artists debut work Friday in Kansas City. Lei Yan, a former Chinese Liberation Army member, is at Todd Weiner Gallery (115 West 18th Street). The Kansas City Artists Coalition (201 Wyandotte), which still has the show Islamic Exchange on view, opens a ceramic exhibition by Carmen Riu de Martin, who is from Spain and has been the coalition’s international artist-in-residence. Hilliard Gallery (1820 McGee), in conjunction with the Norman Arts, brings us Entre Huellas y Arenas, a collection of 37 bold photographs – horses! – by Peruvian artists Sandra Cannock Graña and Alejandra Iturrizaga.

John Lamberton, the senior collections photographer for the Nelson-Atkins Museum of Art’s imaging services department (and an adjunct professor at Johnson County Community College), is a KC native who graduated from the Kansas City Art Institute the year the first digital “photograph” was made. At City Ice Arts (2015 Campbell), he shows us his latest work, which is an evolution past holographic imaging. The knock-your-eyes-out, 3-D-type process, called ChromaDepth, uses more accessible technology than holography. Slip on a pair of special viewing glasses and visually get into his Spatial Studies.