First a Twister, Then Bureaucracy 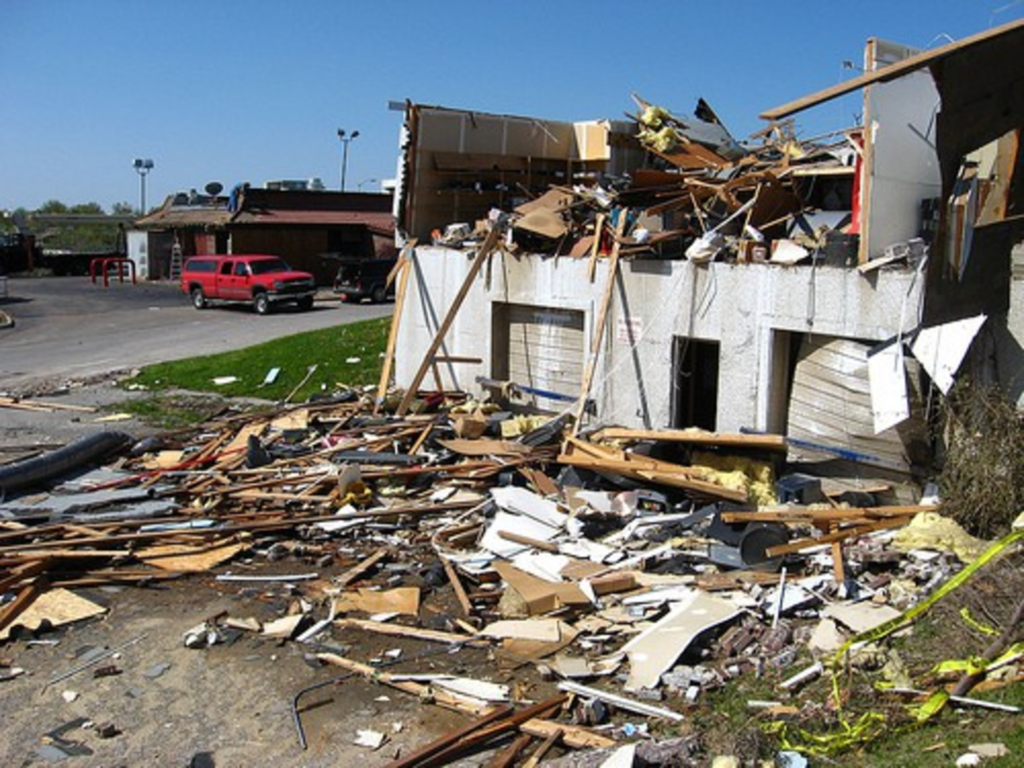 You’ll need a permit for that

Our region’s latest and ever-increasing encounter with Midwestern twister weather begs a certain question: What’s a homeowner to do when a sizable chunk of their house blows away during a tornado?

In Gladstone at least, the answer is to immediately apply for permits from the city. There can be no dumpsters delivered and no repair work done on your house until you are granted permission from the city. Otherwise – in between those nail-biting calls to the insurance company and trying to keep the ol’ chin up – you might find your torn-up-house-owning ass fined.

That’s at least according to this comment thread over at the Argument Machine.

Obviously, house permits and the like exist for a reason. Nobody wants to see a dumpster in their neighbor’s yard for half the year or a house with a million additions slowly unfold across the street. But c’mon. When disaster strikes, let’s hope most cities have a policy in place to help homeowners deal with their new reality.