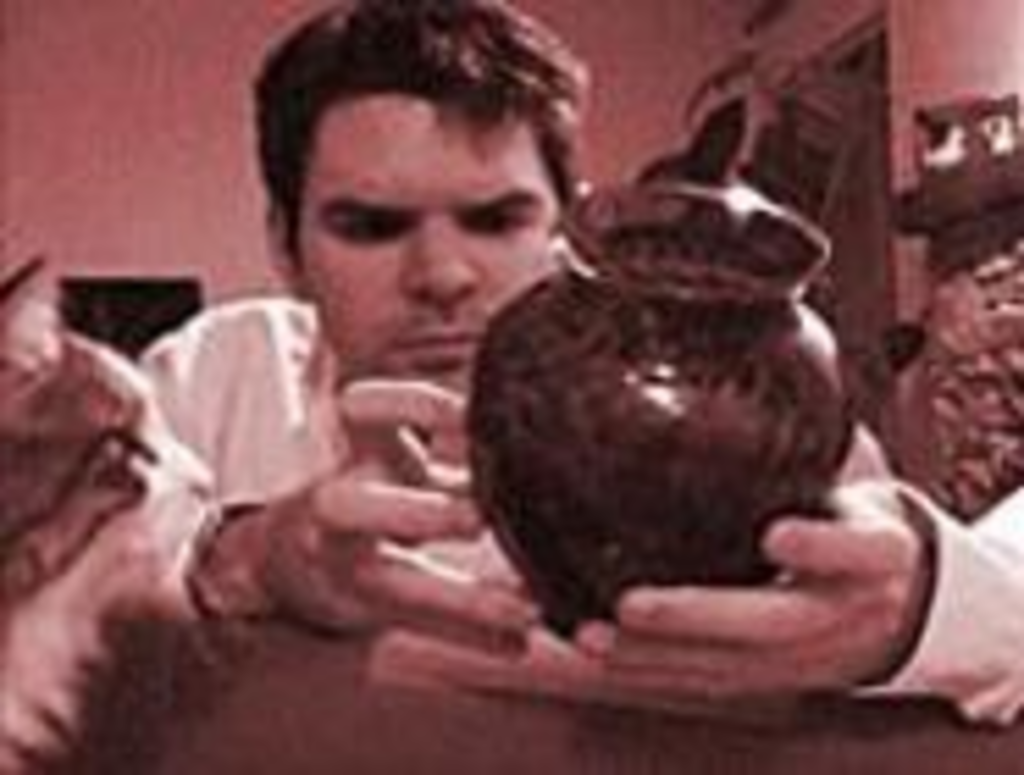 Where can you see gun-toting Chinese waiters, a suicidal animated pie, and butt jokes about George W. Bush? Not at the local megaplex, that’s for sure. In its eighth year, the Culture Under Fire Film Festival brings another round of independent short films to the Fine Arts Theatre on Sunday, May 21. Featuring 16 films, six of which are being shown to the public for the first time, the festival has become a popular showcase for both local and out-of-town artists.

According to the festival’s director, Gino Licata, maintaining a local focus is a top priority, which can be difficult because Culture Under Fire comes soon after the Kansas City Filmmakers Jubilee. Every year, Licata seeks out submissions at the Art Institute, the University of Kansas, the Independent Filmmakers Coalition, and the University of Missouri-Kansas City and looks for talent at festivals in other parts of the country, including South By Southwest in Austin, Texas.

The final result of Licata’s efforts is an eclectic slate of films, and, not surprisingly, it’s a mixed bag. The most thoroughly enjoyable and imaginative entry is Terrible Cosmic Death, a seven-minute James Bond movie on crack that must be seen to be believed. It was submitted anonymously, although it’s a mystery why the movie’s creator wouldn’t want to receive public credit for it. Also impressive is The Pigeon and the Onion Pie, which uses animation to tell a charmingly odd little nursery rhyme about (you guessed it) a pigeon and an onion pie. Charles Stonewall’s lovely, poetic experimental film Seen Too belongs at the top of the list as well.

Paying homage to favorite genres seems to be a running theme. Among the best is Michael Kang’s A Waiter Tomorrow, a deadpan spoof of Hong Kong action movies — and probably every harried food server’s wildest dream come true. Also worth a look is the minithriller Parallax, by local directors John McGrath and Todd Norris, which contains some very effective first-person camera work and a creepy twist ending that would make David Lynch proud. There’s also Allan Holt’s Ghost of a Chance, a trailer for what looks like a mediocre action/drama/sci-fi hybrid (although, frankly, it’s hard to tell).

Licata notes that the festival is heavier on comedy than usual this year, and he himself contributed to that with an appropriately vicious satire of the managed healthcare industry called W.A.H.M.O., which features local actor T. Max Graham as the “delivery man” at a drive-through hospital. Racial stereotyping gets what it deserves in Greg Pak’s Asian Pride Porn, a mock infomercial offering adult videos for the strong, sexually empowered Asian viewer. C. Wayne Owens’ 1st is a riff on coolness and conformity that doesn’t really amount to much, while Kevin McKinney’s Crack Addict attempts political satire — although watching a guy’s backside “talk” about Republican politics is about as sophisticated as your average campaign commercial (and not nearly as amusing).

Equally heavy-handed, but much more cinematically adept, is Mark Hejnar’s TV Ministry, a sort of avant garde documentary about people who make television into a god. Hejnar includes a few interviews, but most of the film is a barrage of images, assembled to make a statement about the place of the medium in modern life. Hands on a Hot Pie, by Matt Listiak and Brad Haley, is an unvarnished look at the pizza delivery business and easily could have been 30 minutes longer. As it is, it seems to end just as it gets interesting. Rounding out the documentaries are Matt Fliehler’s Paint Louis, about graffiti artists in St. Louis, and The Metro, Phil Shafer’s chronicle of a day on Kansas City’s public bus system. Both suffer from an overreliance on jerky, rock-video-style camera work, but they offer telling glimpses into their respective urban settings. There is also a real music video, David Gramly’s Taquirari Para Evelio, which consists mostly of nice photography of what looks like a South American village festival.

In addition to providing a showcase for these 16 offerings, the festival will honor two local filmmakers for their achievements in the past year. Before the 90-minute short-film compilation commences at noon on Sunday at the Fine Arts Theatre, Andrew Wegst will be recognized for his work as the director of photography and editor on Pollenators in Peril, an hourlong TBS documentary, while Tim DePaepe is being honored for the second year in a row, this time for making the acclaimed feature Shades of Gray, about gay life in Kansas. For more information, call 816-691-8784.The Culture Under Fire film festival delivers short but telling glimpses at the visions of filmmakers, local and national, whose work contrasts greatly with the usual multiscreen mall-theater offerings.