Finally, a cashier that won’t judge your triple cheeseburger order 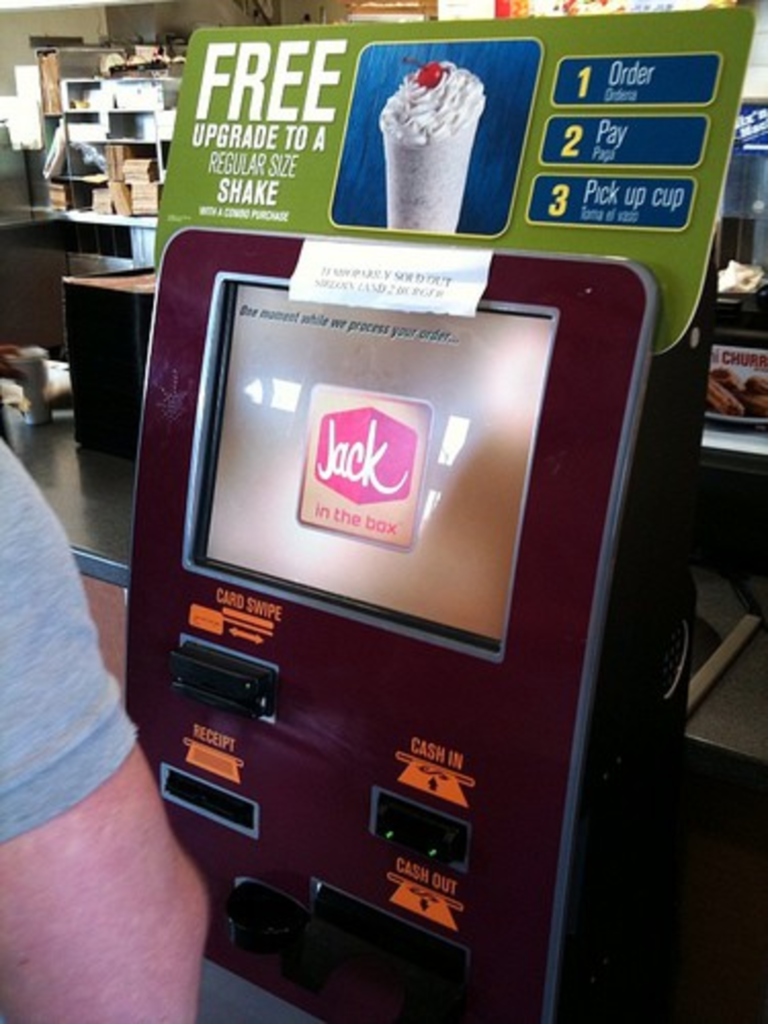 Guilt is a powerful factor for people looking to stay on a diet or avoid fast food — it’s hard to look another person in the eye and ask for a bucket of chicken. But that’s no longer a problem at a Jack in the Box in Bellevue, Washington, where customers can order via an automated kiosk, instead of a cashier.

The concept is simple. You order, swipe your card, and then pick up your order from a human. The machine allows customers to make substitutions or changes to their order, while subtly attempting to upsell drink or food items.

Self-serve kiosks, which let customers order by selecting options on a touch screen, have been around since 2006, but are still not widely in use. Although Burger King, Taco Bell and Carl’s Jr. have all test-marked the kiosks at one time, the technology hasn’t come to Kansas City.

It remains to be seen whether consumers can efficiently order without a high-schooler to punch in their options. But with phones like the iPhone and Palm Pre, Red Box movie dispensers across the city, ticket kiosks at AMCs and Lowes, self-service checkouts at grocery stores, it would seem that America is ready for touch-screen ordering. However, watching the masses use any of these screens in real life shows that machines aren’t making everybody’s life more efficient.

But if automated kiosks means McDonald’s will stop putting sugar in all of the McCafes, this is progress, folks.