File it under ‘I’ for ice cream 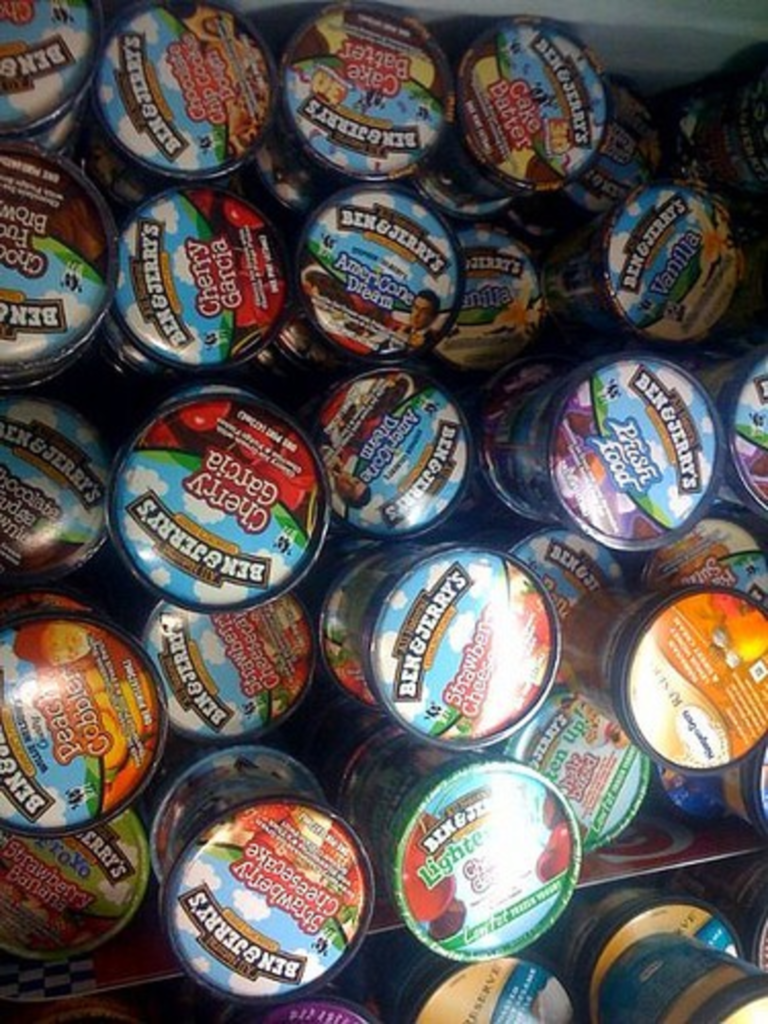 Among those who want to see book-inspired ice cream flavors, the top entries so far are the “Gooey Decimal System” (dark fudge alphabet letters with caramel swirls in hazelnut ice cream), “In the Stacks” (butter pecan with fudge swirl), and “Library Loan Shark” (butter rum with little butter-flavored sharks).

The New Yorker has come up with several flavors to add to the list including: “Twilit” (pale-white lemon sorbet with red shoestring licorice and the hair of Robert Pattinson) and “Chick Lit” (fat-free peach-mango swirl with pieces of Chicklets chewing gum).

If you’re feeling inspired, you can submit your flavor suggestion to Ben & Jerry’s directly or request that the company resurrect a flavor from the flavor graveyard.