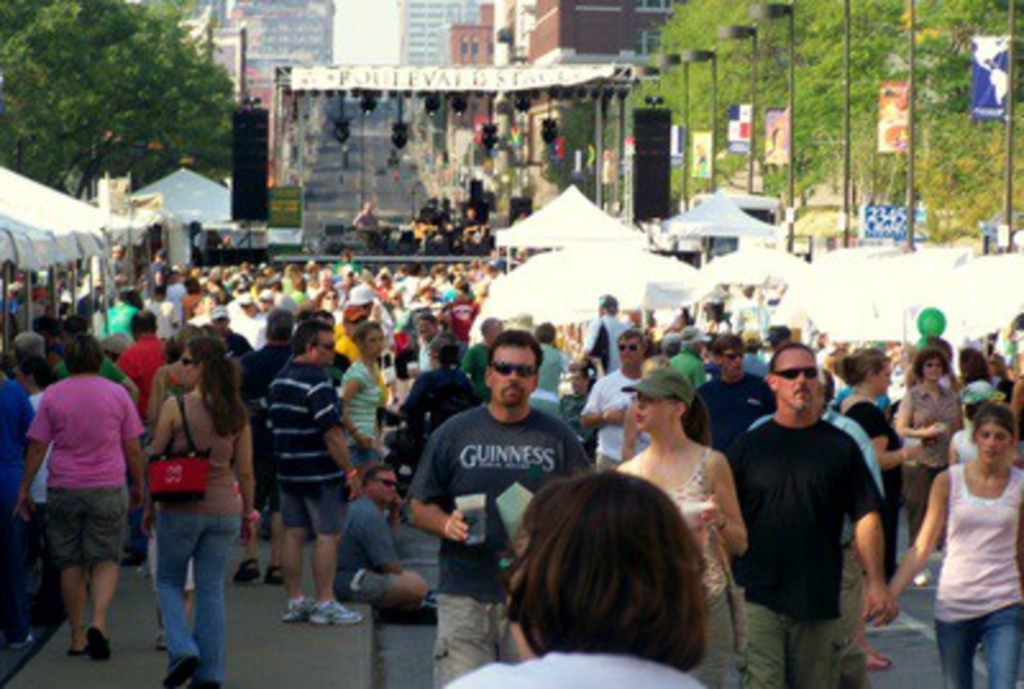 Yesterday, Pitch blogger and ye fair maiden Flannery Cashill wrote a hilarious review of the KC Renaissance Festival. I didn’t make it to the Ren Fest for my turkey leg and glass of mead but I did make it to the KC Irish Festival this weekend at Crown Center.

I went to see the Irish music, poetry, sports, Civil War re-enactors and, most important, to get some good Irish food and beer.

Before I could accomplish that, I received some famous Irish hospitality in the form of a small guided tour by KC Irish Fest founder Pat O’Neill. It’s clear that O’Neill has great pride not just in being Irish but being Kansas City Irish. He’s written a book about the history of the Irish in KC and the festival is an extension of that. “It shows the Irish’s deep roots in this town,” he says, “and in return we have a tremendous crew: 1400 volunteers from art and design to legal advice to retail.” 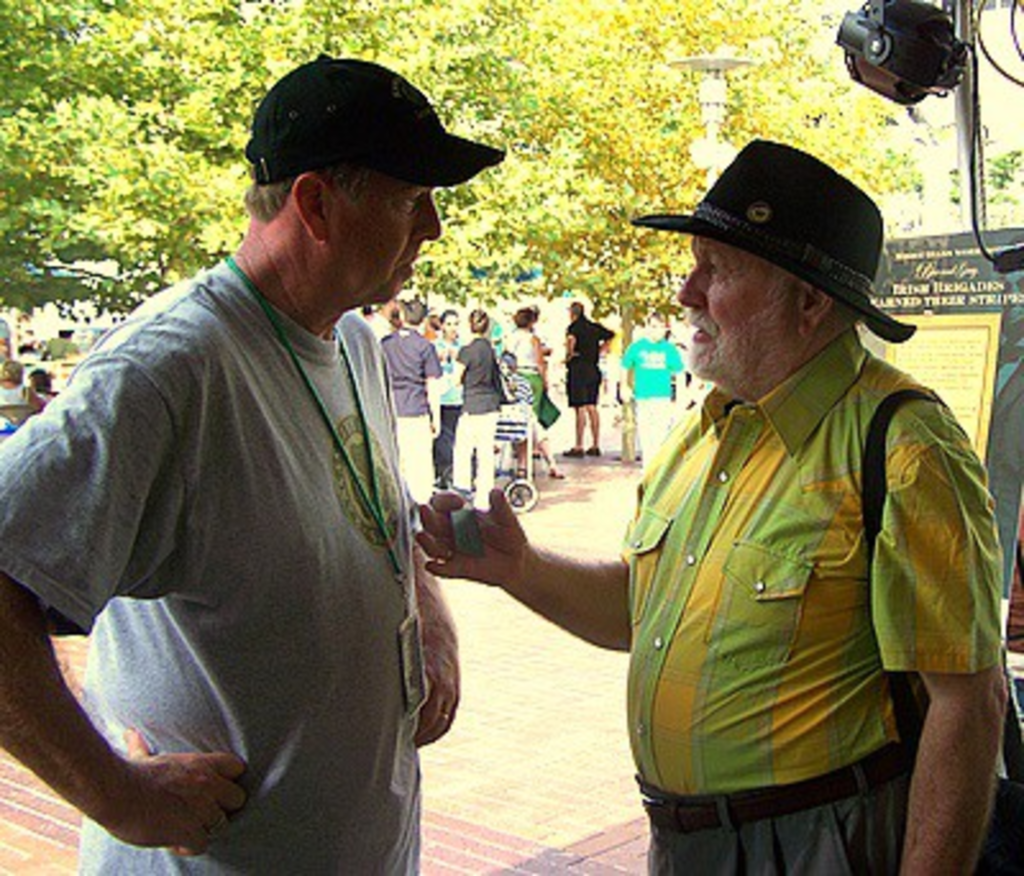 O’Neill, on the left, talks to Irish singer and historian Derek Warfield.

O’Neill was optimistic that attendance would hit 90,000 this year, which would make KC Irish Fest the third largest Irish festival in America (after Milwaukee and Dublin, Ohio). But the size of the crowd was second to the temperament of the crowd and O’Neill proudly boasted that even though the festival had gone through 400+ kegs of beer, there hadn’t been one arrest. “It’s a friendly, friendly crowd. I think it has a lot to do with the kids. We encourage parents to bring their kids give them lots of goings-on. And just look at the crowd — at all the kids.”

After saying goodbye to O’Neill I was on my own to explore the expanded festival grounds. (After last year’s debacle, the event planners took no chances.)