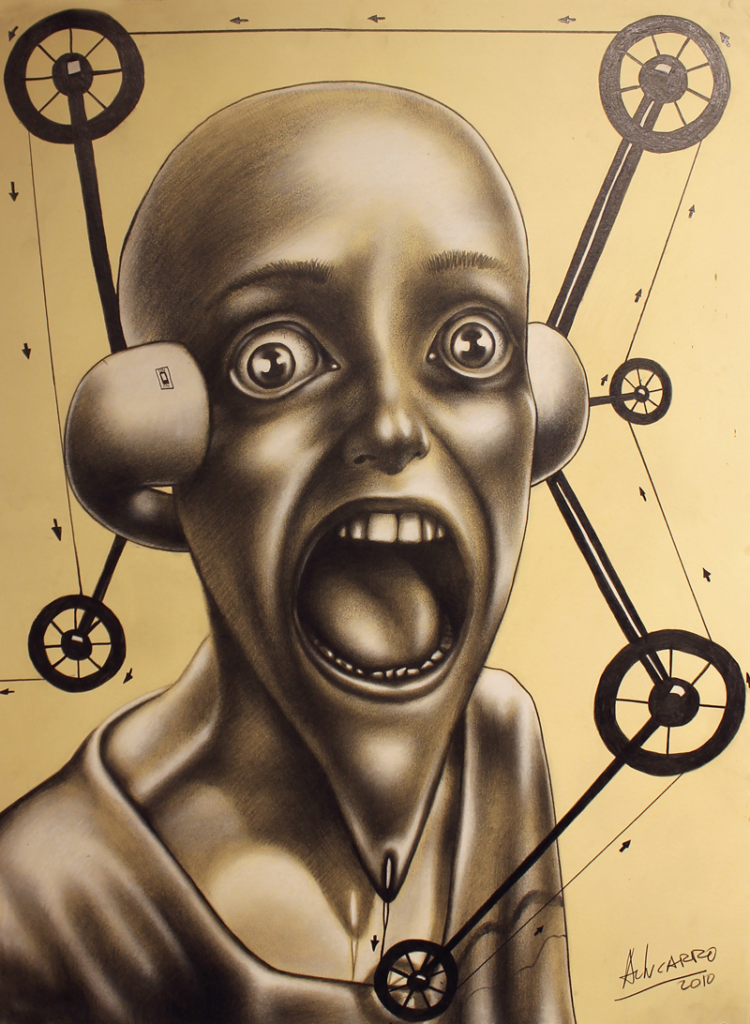 Fernando Achucarro’s memories — conjured in graphite-and-chalk large-scale, high-relief drawings — merge into your own as you look at his solo exhibition in the Opie Gallery at Leedy-Voulkos Art Center (2012 Baltimore). The 18 works here, divided into three series and curated from a larger collection, are haunting and beautifully rendered. And the more you know about Achucarro (visible in a single small self-portrait near one of the doorways, a kind of signature or greeting) and his heritage, the more Memories comes alive.

A discussion with the artist during the exhibition’s October 7 opening illuminated the stories behind the drawings in two of the series, in which personal narrative commingles with Guarani folklore and the pre-Columbian heritage of indigenous people from the artist’s native Paraguay. The creation story of the Guarani people, whose culture still permeates contemporary Paraguay, is especially useful knowledge here. Take care with your Googling, though: The seven monsters born from the union of the spirit of evil and one of the daughters of the first two people created by the supreme god are not safe for work.

Consider, for example, Kurupi, who slings his long penis over one shoulder but still finds that it drapes the ground, and who — surprise — is a spirit of fertility and sexuality. Achucarro’s vision of Kurupi portrays him with a lecherous grin and a penetrating gaze that hints at his power to extend himself through windows and impregnate sleeping women. The other creatures here include the sheeplike Ao Ao, named for the sound he makes. He has a doggish head and likes to eat humans. He especially goes after children who don’t honor Jasy Jatere, the spirit overseeing afternoon siestas.

In the more biographical series, Achucarro depicts haunted humans who deal with issues such as drinking (“Guardians of the Secret”) or the oppressiveness of the church. Achucarro’s father is a Baptist minister, one whom the artist has alluded to as very strict. In “Shhh,” an eyeless younger person with a nail driven through his tongue is either speaking or listening to an elder in a button-down shirt, who has a shadowy piece of information emanating from (or entering) his ear. The elder is looking out for would-be eavesdroppers. The vaulted arches above and the suggestion of stained-glass windows frame the pair. A third person, whose face is just visible hiding between two pillars in the background, joins, adding to the image’s dark ambiguity.

The four drawings that make up the “Smile” series require little interpretation because they so clearly capture raw anxiety. In one, a person who has no hair, and thus bears the suggestion of androgyny, stares at the viewer and smiles. It is not a smile of convincing happiness. In the other three drawings, people are hooked up to wires and pulleys that stretch their features into forced expressions. The effect is a captivating empathy — you so want these people to be released from their fears, from the outside forces controlling them.

The symbols and recollections (of Achucarro, of his ancestors) that make up the series here were made from 2008 through 2010; the mythological drawings were all purchased by a single patron, who wants the series to stay together as a cultural representation. That’s a wise direction. Taken together in this setting, the works in Memories assume fresh power while rousing interest in whatever Achucarro does next. 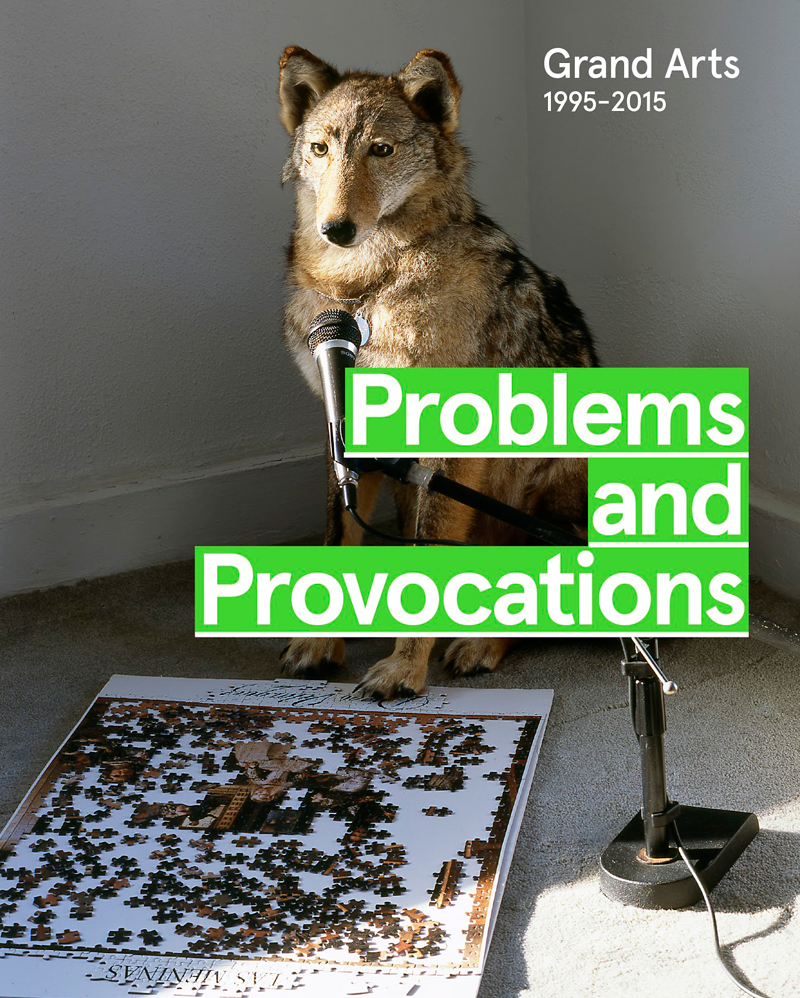