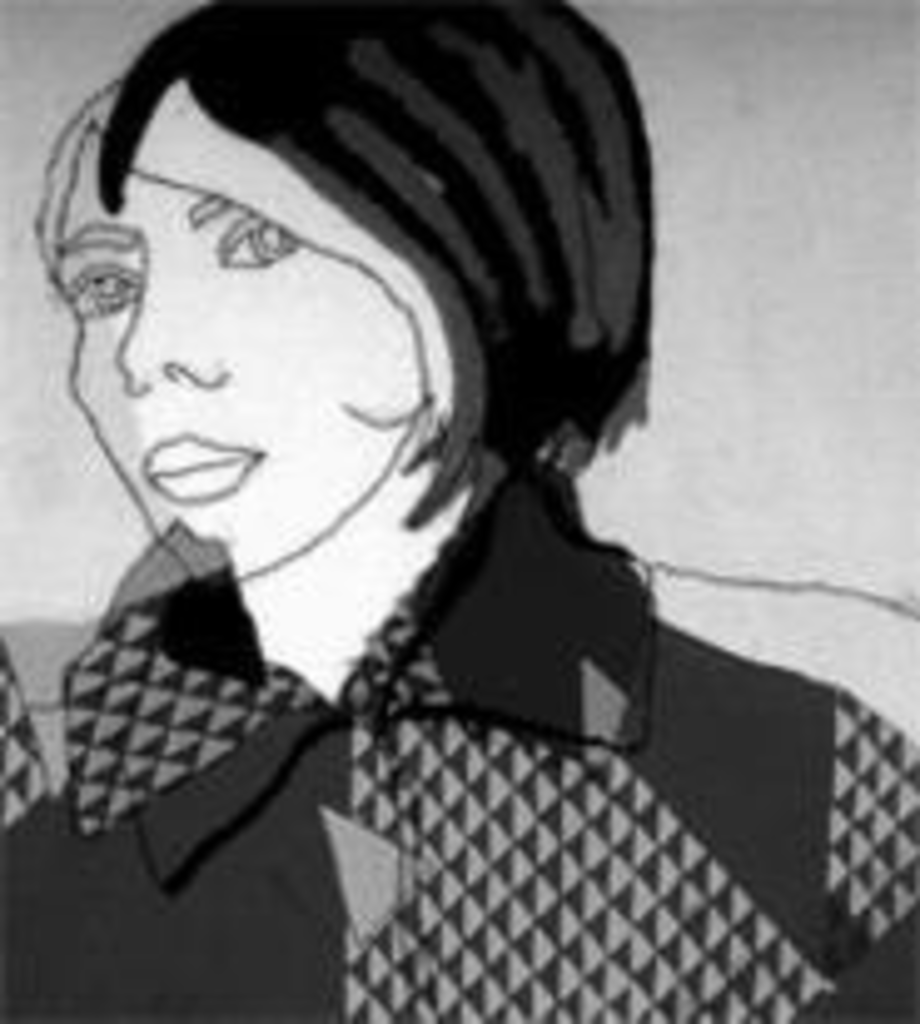 Fri 5/6
The first time Kansas City Art Institute fiber major Summer Farrar felted wool, for a class project, she liked its “stinky and raw” qualities. Farrar takes fleece straight from the farmer, then washes and dries it, combs it out into small squares and stacks them on top of one another. Wool fibers have microscopic “notches,” Farrar explains, and under pressure and heat, those notches can open up and connect to others, bonding the scraps together. Farrar’s first solo exhibition opens tonight from 7 to 10 at the Locust Street Gallery (1605 Locust), and she’s bringing her friends — handcrafted versions of them, anyway. Working from photographs and drawings, Farrar embroiders delicate tactile portraits on top of her wool creations, using a craft she’s been honing since she was a little girl. “I saw my aunts cross-stitching,” she recalls, “and I wanted to try it myself, so my mom got me a kit at Wal-Mart.” There’s something we can thank the conglomerate for. Call 816-472-4977. — Rebecca Braverman

A classic campus scam on broke freshmen is the fraternity rush-party fake-out: Scruffy underclassmen with no interest in fraternal orders crash the annual recruiting bashes and gorge themselves silly on grub and beer. As they dine, the frats regale these potential recruits with stories of loose chicks and elaborate fake-ID operations, but the only place the freshmen will be rushing is back to the dorms — with full stomachs. Those sly skills will serve us well this weekend as we chow and chug our way through the Downtown Council’s sales pitch — that it’s cool to live downtown — at the Urban Tour Weekend events. Come tune out with us as we slam Boulevard beers from 5 to 8:30 p.m. Friday in the parking lot behind Michael’s (1830 Main). On Saturday, there’s a party with barbecue, music and fire breathing from 4 to 7 p.m. in Oppenstein Park (12th Street and Walnut). Call 816-421-1539. — Michael Vennard

During last summer’s outdoor performances of Julius Caesar, a sewerlike odor polluting Southmoreland Park kept some bard watchers at bay. But from 7 p.m. to midnight Friday, olfactory-sensitive supporters of the annual Shakespeare Festival should have no such worries at the Bacchus Block Party at 20th Street and Walnut, which is sure to be a festive atmosphere given its date and location. The $25 admission ($20 in advance; see www.bacchuskc.org) covers food, alcohol and entertainment by NoMathMatics, DJ Brent Scholz, Mike Dileo and Count Kaiser — and counts toward a $30,000 goal to build the thespians a permanent stage. Call 816-753-7278. — Annie Fischer