Füd, the Westside vegan restaurant, has closed — for what appear to be very strange reasons 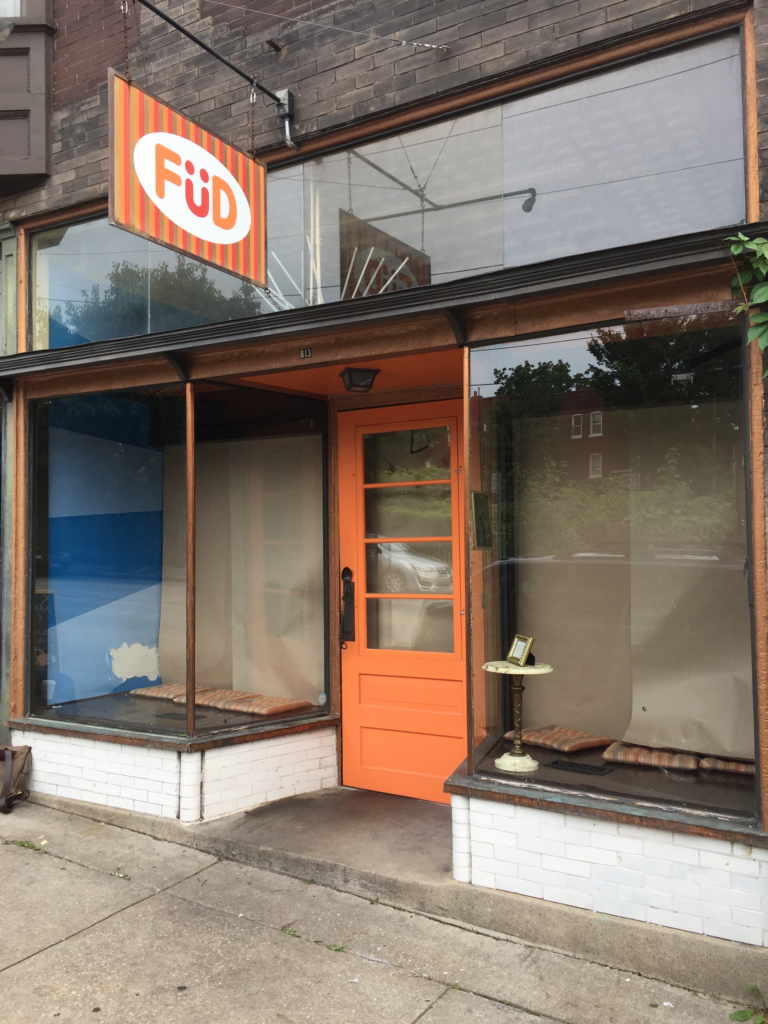 Sometime in the past year, Heidi Van Pelt came to the conclusion that her employees were conspiring against her.

“I do believe they were plotting [against me],” Van Pelt — an owner of Füd, the seven-year-old vegan restaurant on the Westside — told me recently. “I can prove it.”

Van Pelt had not, as of The Pitch’s press deadline, supplied that proof. But there is much evidence that she sincerely believes it to be true. Most notably, there is the fact that, on the afternoon of Friday, August 4, Van Pelt arrived at Füd with her attorney and a police officer and ordered everyone — cooks, servers, customers — to leave the premises.

It had already been a pretty unusual week. On Monday, a cook named Cybil Watson quit after getting into an argument with an employee Van Pelt had recently hired. The new employee, Watson tells me, aimed to provoke her by spouting what she calls “alt-right” talking points.

“Anti-immigrant, anti-trans type of stuff,” Watson says. “I told him he was making me uncomfortable, and then I went and told Heidi the same thing. And Heidi starts talking about how, well, there’s passing trans and non-passing trans. Then she goes into this rant about how men are dressing up as women and going into bathrooms and molesting people. I was like, What?”

Watson continues: “That wasn’t the first transphobic thing I’ve heard her say. On my second day working there, she said something about the patriarchy forcing women to cut off their tits and ovaries so they could be more like men and have power. So the thing on Monday was it for me. I just left.”

Van Pelt has long been regarded as eccentric. In the early 2000s, she was tabloid fodder in Los Angeles: a vegan chef to the stars who married a former child actor — Taran Noah Smith, the youngest brother on the 1990s ABC hit Home Improvement — 16 years her junior. (She was 32; he was 17.) In 2005, when the couple’s relationship went south, Van Pelt returned to Kansas City, where she’d grown up. She soon opened Füd as a raw-vegan pop-up restaurant inside Bad Seed, the Crossroads farmers market. In 2010, Füd debuted as a stand-alone eatery on the Westside.

According to five now-former Füd employees with whom I’ve spoken, Van Pelt in recent years has fed herself a steady diet of conspiracy-theory podcasts in Füd’s kitchen. Earlier on the day Watson quit, she says, Van Pelt had been “talking for hours about Pizzagate — how pedophiles were grinding people up to make pizza sauce. Another shift I worked, she was trying to educate me about reptilian overlords who control the world. Like, delusional shit that you would never expect an adult could believe.”

Another cook, Wade Conyers, and a server, Geneva Wilbury, both say they heard Van Pelt openly and repeatedly express her belief that the Earth is flat. “It’s easy to laugh at something like that and just keep on working,” Conyers says. “I mean, it sounds insane — because it is. But when she goes on about gays are pedophiles and all this stuff, that’s a whole other thing.”

The Google review seems to have been the last straw for Van Pelt. That Friday, employees turned up for work to find that the cash register and the credit-card machine were gone, as was all the money in the safe. Van Pelt was not there. Conyers says he called Jerimiah Rozzo, who is both co-manager of Füd and Van Pelt’s ex-husband. Rozzo went to the restaurant, and the staff managed to open for business that day. Around 5 p.m., Van Pelt arrived with her lawyer and the police, and ordered the place shut down.

In an email, Van Pelt outlines her perspective on that week. She writes that she is neither a conspiracy theorist — “I do not know who controls the world, if I knew that, maybe I would be one of them. I am human” — nor trans- or homophobic. (“I am genderqueer,” she adds. “I have never said gay men are pedophiles. Any man can be a pedophile. Often, pedophiles are in straight relationships.”)

Van Pelt, in her email, says it’s she who has come under attack.

“Only the recently fired employees are saying this because they were running the restaurant to the ground, and I was working on replacing them,” Van Pelt writes. “They knew this and did what they could to create character assassination. This is ALL ABOUT MONEY … My partner [Rozzo] decided to try and run it [Füd] without my consent. He drained the payroll and operating accounts that morning because I did not want to reopen until we replaced the staff.”

She goes on: “The problem is that I was not managing any more. I was taking a break while my partner was trying to manage. He thought he was doing his best. His problem was that he became too friendly and began drinking with them. This was the breakdown. He didn’t want to make them mad, so they had the run of the place.”

Rozzo, who owns 49 percent of Füd to Van Pelt’s 51 percent, tells me that he and Van Pelt are trying to iron out the legal details of how to sever their partnership in the restaurant. He calls it “a very traumatic end to a long, dysfunctional business relationship.”

“She [Van Pelt] apparently believes that she was within her rights to cease operation of our business without my consent, just as I believe I was within my rights to continue to operate our business that I did not consent to close,” Rozzo says. “At this point, what’s done is done, and I’m ready to move on. In the end it will have been a relief. There are many memories I will hold close, and my heart goes out to all of our staff whose lives were upended. My deepest appreciation goes out to our customers and all who have supported us over the years.”

Van Pelt says she expects Füd to reopen soon with a staff of new as well as former employees. Seth Wood, one of the former Füd employees whom Van Pelt believes to have been disloyal, says she shouldn’t expect anybody who worked there over the past year to return.

“There are six or seven of us she let go who she thought were scheming against her, but she tried to tell four other employees they’re welcome back when she reopens,” Wood says. “But those four employees have since sent her their resignations as well. Basically, there’s about 10 of us who are out of jobs because of this, and none of us are willing to go back and work for Heidi.”

Van Pelt, in her email to me, closes with an appeal against the very type of hate her employees accuse her of.

“The online bullying is becoming an epidemic,” she writes. “People no longer have empathy for each other. There is only hate spreading rapidly. This will only lead to a civil war. I hope I tip the scales in this city for a new direction of compassion and empathy toward our fellow human beings.”