This socially-conscious horror thriller stumbles trying to stand out from the pack. 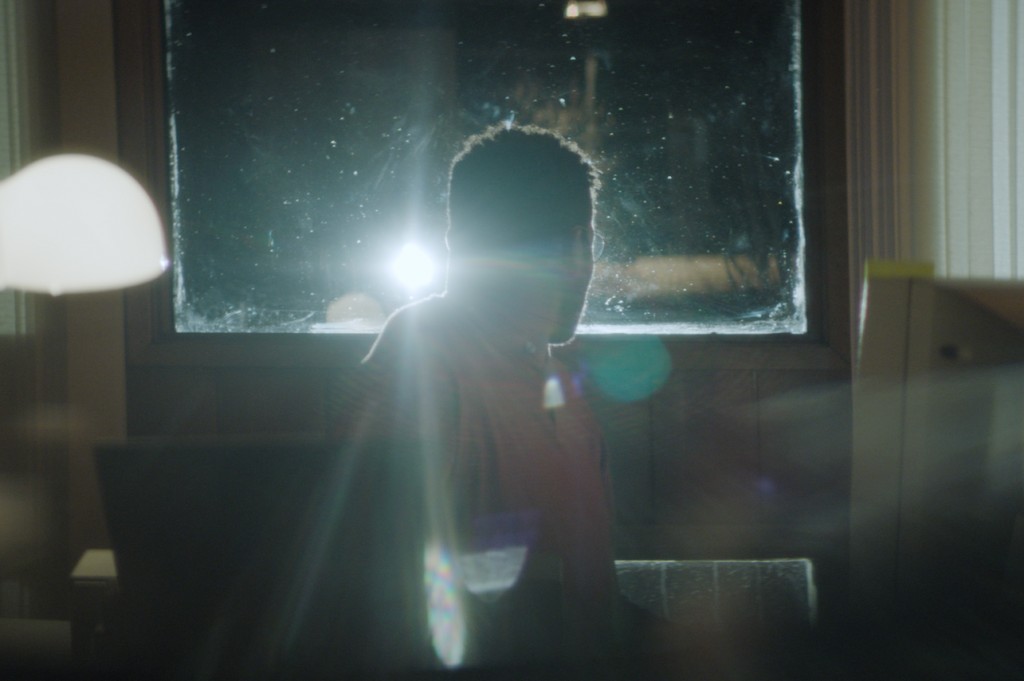 Jordan Peele’s Get Out did a lot to convince mainstream audiences of the inherent value of horror to tell important stories about marginalized groups. It’s one of those movies that’s so perfect it makes the process of creating a successful politically-inclined horror movie look deceptively simple. There aren’t just good ideas behind Peele’s work. There’s also a strong vision that’s clearly the result of having a lot of time to consider those ideas, and the best way to communicate them. In order to make a complicated feature-length metaphor like that work, there needs to be flawless, deeply thought execution.

Spiral, out this week on Shudder, makes an admirable attempt to replicate Get Out’s formula, with a slightly altered perspective. In trying to stand apart, however, the film paints itself into a space made entirely of awkward corners. There are some excellent ideas here, enough to keep you intrigued, but the finishing is something like watching an Olympic gymnast trip over their own feet while trying to stick the landing.

In the mid-90s, a same-sex couple move to suburban Illinois hoping to escape the noise of Chicago and start a new life. Malik (Jeffrey Bowyer-Chapman) is a writer, and the partner of the slightly older and recently divorced Aaron (Ari Cohen). With them is Aaron’s teenage daughter, Kayla (Jennifer Laporte). Malik feels like the odd one out in their family–Aaron left his wife for him, after all. As a black man, his experience of moving into an all-white neighborhood is also fundamentally different than his partner’s.

That difference makes itself known almost immediately, as Malik feels the eyes of his neighbors watching him at all times. As soon as the community knows he and Aaron are a couple, someone breaks in and vandalizes their new house, which Malik tries to cover up so as not to worry Aaron and Kayla. A strange old man gives him a secret message he can’t figure out, and the folks across the street seem to be performing some kind of frightening ritual. Of course, Malik is the only one who sees any of this, and his attempts to warn his partner make him seem insane. Malik’s not helped by a set of incriminating photos depicting an illicit encounter he has no memory of.

Bowyer-Chapman is the real find of this movie, imbuing Malik with emotional complexity and intelligence. It would be all too easy to make the character feel weak and paranoid, especially with the weird turns the script ends up taking, but Bowyer-Chapman’s performance always feels grounded. He accurately conveys the experience of someone who’s experienced much more hardship than his partner, with emotional scars and coping mechanisms his significant other will never fully understand.

He’s underserved, however, by a script that appears to be one story, but in trying to reveal itself as something else, creates a raggedy tapestry of loose ends. Some plot developments take massive logical leaps to believe, and often leave the characters looking clueless and cliched. A series of rug-pulls near the end present some interesting potential plot twists, but never resolve the implications of those twists. Instead, Spiral chooses to go exactly where assumed it would, with one last weird left turn that ruins whatever metaphor the film has been trying to set up for the last hour.

Spiral has some interesting concepts bubbling under the surface, but it lacks vision. In an attempt to not seem like a retread of other material (in addition to Get Out, there are shades of The Stepford Wives, which ultimately might have been a more interesting approach), the film throws everything it can at the wall, and very little of it sticks. What does work is thanks entirely to the performance of Bowyer-Chapman, whose assessment of the people around him is spot-on, even if his survival instincts seem oddly lacking.

The film is on Shudder starting on September 17th.