Fantastia Fest review: the memeic nightmare of Feels Good Man and how a creator lost and recaptured his creation 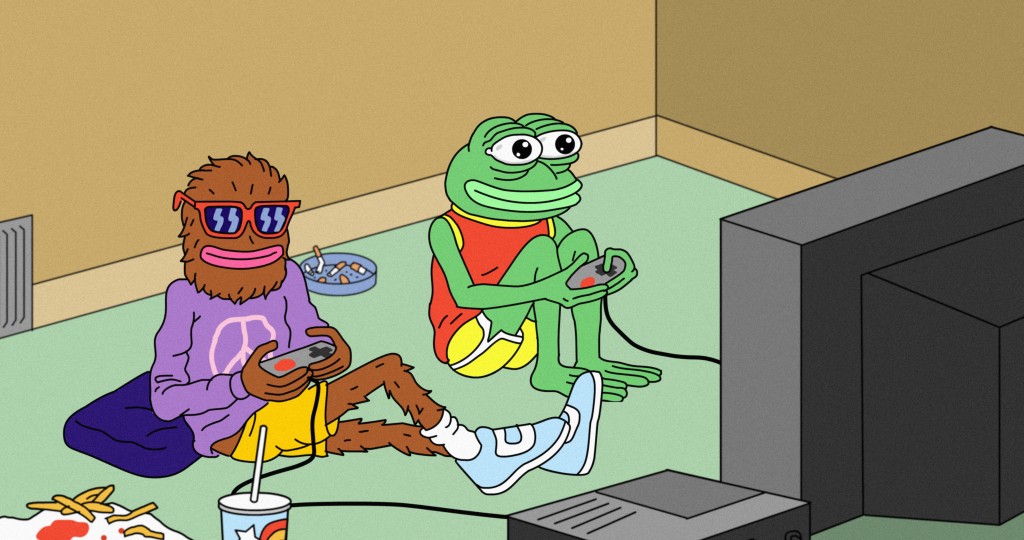 Life in the age of the internet and social media, can be a dangerous thing. Little innocuous things or actions can take on a life of their own. Eventually transforming into a nightmare creation, capable of destroying people, while rising others to power. At least in theory. It’s a weird thing to put on the shoulders of a slacker frog and his creator. Like many other things covered, Feels Good Man highlights that in the new millennium, everything and everything is weird, even when you have the best of intentions.

For the majority of Americans, you can say the name Pepe the Frog and a thousand images come to mind. Usually, they all involve a green frog. One that may or may not be involved in any number of lewd, toxic, or racist acts in crudely drawn pictures. To Matt Furie, it’s his sweet-natured and sad creation. Something that was lost to the wild the moment he decided to share it with the world, via his MySpace page. From there it caught on like wildfire. Becoming a symbol of 4chan members, then the average person, then the alt-right, Nazis, and your average everyday trolls. Even if you think you know all there is to know about the green frog that just won’t leave the public consciousness, you’re wrong. It’s far weirder and wilder than you could possibly imagine.

Arthur Jones takes an academic approach to directing Feels Good Man. A necessary tactic, since when it comes to a figure like Pepe there’s pro, con, and ambivalence. It’s to his credit that he allows personalities that are almost unexpected to be involved. Voice is given to two 4Chan posters, who help navigate the mindset of those who were there for the meme’s mutation. It’s not the easiest section to get through, but at least paints a clearer picture. The difficulty comes in seeing the adoption of the alt-right, as well as the part the frog takes in the 2016 election. This will be the freshest part to many viewers. How far down the rabbit hole things actually went is a little surprising.

“Pepe becomes an entry point to indoctrination” is a phrase said halfway through, that shakes the very notion of a creation getting away from its roots. Mostly (as admitted by the 4Chaners) because the people who pushed the meme to popularity did it for upvotes. Usually with total disregard for what came after. That sets the stage for events surrounding the 2016 election, where to a certain degree Pepe was talked about just as much as the candidates. Which then got catapulted even higher when one of the nominees decided to retweet a Pepe version of himself.

In the middle of it all Furie stands perplexed. The initial popularity of Pepe seems like a dream. He’s told to get merchandising out there. Then, months and years later, everything is upside down. A friend says to the cameras “oh, so you want to bring me into your crazy world?” His attempts to try and change perception and plea for “good” to win are quite the sight. It’s a Herculean task for anyone to attempt. Let alone a man so unprepared that he seems on the cusp of being pushed out of a documentary about him, as all the other figures shout louder.

You can’t help but feel sorry for Furie, through the entire process. He simply likes to draw frogs. His mistake was wanting to share it with the world. Simple as that. Any time he moves to try to combat the now demonic artwork, by making his own new version of the art, it’s as if he’s going after Jason Voorhees with a toothpick. It isn’t going to go well.  At the same time, he makes for an incredibly empathetic character in a much larger story. He’d just like the nice thing he made be allowed to be nice. Yet because the world often chooses anger and fury over compassion, that’s not likely. The small glimpse at the end shows that maybe the perception of change seems unlikely, due to your place in the world. Outside of America, there’s a good chance that Pepe is viewed entirely differently.

As a history lesson, Feel Good Man showcases how the rise/fall/rebirth of Pepe the frog is just as terrifying as it is fascinating. A snapshot of America at a very particular and vulnerable time. More than most documentaries to recently come out, what you get out of Feels Good Man, depends on how you enter into it. The 4chan and alt-right supporters will feel it presents them too negatively. Those on the complete opposite end of the spectrum could raise it up a little too high, as what’s wrong with America. It’s really the middle ground of those who know some, but not everything about the meme, that are best off.

How do you meme a meme? How do you co-opt a drawing, in order to personify it for your specific ideal? Does it even matter if it’s in the name of good or bad? Is there a way to reverse perception back on itself? The fact that such questions don’t have fully formed answers, isn’t the fault of the documentary, but one of its points. Most people have made or used a gif or meme at some point in the past 15 or so years. And that image, whether moving or not, probably wasn’t always used in the same context with which it was created. Yet the likelihood that you used or shared it with malice in your heart, is the key.

Saying “be nice” can easily come across as a personal attack to people, when it isn’t meant to be so. The journey to see that as a kind invitation, instead of a challenge, is a long road. If people are willing to go down it, they might find the original Pepe at the end of the road and he’ll simply tell them: “feels good man.”

Feels Good Man was viewed as part of Fantasia Fest’s online festival this year. It is now available for rent on VOD.