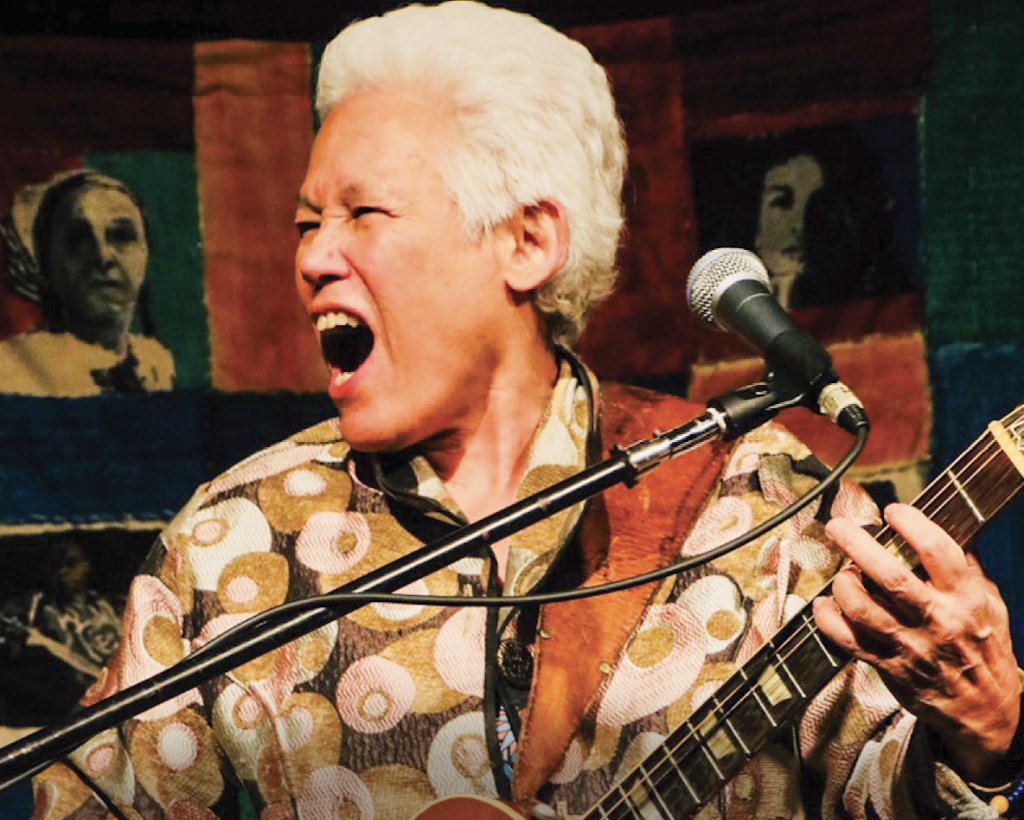 If talent were the only prerequisite to success, the members of Fanny would have recession-proof bank accounts and a mantel full of awards.

Despite having support from high-powered producers like Richard Perry (Barbra Streisand, Ray Charles, Rod Stewart) and Todd Rundgren and fans like David Bowie and Def Leppard vocalist Joe Elliott, the band broke up right as “Butter Boy,” a song Jean wrote about Bowie, was charting at no. 29.

I discovered them a couple of years ago on YouTube but was frustrated that I couldn’t find any of their songs on Apple Music—I now own all five of their albums—and that classic rock stations ignore them in favor of countless mediocre artists.

Thankfully, a lot is being done to remedy that neglect, particularly here in Kansas City.

A new documentary, Fanny: The Right to Rock plays at the Screenland Armour on Tuesday, Oct. 4 at 7 p.m. Tickets are $15. The screening includes a Q&A with the band.

Both events are courtesy of the Film Society KC, the Midwest Music Foundation, and the Filipino Association of Greater Kansas City.

A quick tour through the band’s performances on YouTube demonstrates a consistent sophistication that garage bands like the Kingsmen lacked. It’s hard to imagine garage bands nailing Marvin Gaye’s “Ain’t That Peculiar” or The Beatles’ “Hey Bulldog.”

She adds, “We did start out basically as a garage band in Sacramento. We didn’t play in the garage, but we played basically the same material the garage bands did: The Kinks’ ‘You Really Got Me’ and all that kind of stuff. But as we got better, we got sort of classier gigs.”

As Fanny: The Right to Rock proves, they could do songs written for women or men with equal fluency. They could perform a Supremes song and effortlessly go onto one by Marvin Gaye.

“We learned all those harmonies from the original songs in the 60s. I think people forget those great call-and-responses between the backup singers and the lead singer,” Millington recalled. “The kids would rush to the dance floor after they stopped staring at us for like three to five minutes, which always happened. Once they saw us, they fell in love with us, and they were happy to see us the next time.”

These led to a contract with Reprise, the Frank Sinatra-founded Warner Bros. label that also gave the world the Jimi Hendrix Experience, Neil Young, and Fleetwood Mac. Fanny was the first all-female band to land a major label contract. The final album, Rock ‘N’ Roll Survivors, came out on Casablanca, the label behind Kiss and Donna Summer. 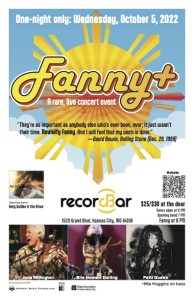 Sadly, Reprise didn’t replicate their Hendrix success with Fanny. Hart explains, “There wasn’t as much flexibility or risk-taking for women in music. It was very conservative. I think Warner tried very hard to market them. Richard Perry wanted them to succeed. They wanted them to be the female Beatles. At the same time, when you listen to them playing live on YouTube, it’s so raw, rocking raw. I love the albums. Don’t get me wrong. It would have been nice to have some of their concerts broadcast live.”

Millington added, “I asked (Sgt. Pepper’s Lonely Hearts Club Band engineer) Geoff Emmerick (who worked on the Fanny Hill album), how did you get George Harrison’s sound? He didn’t even look at Richard because Richard was always going to turn me down. That was our eternal fight. (Emmerick) gave me a sound and l liked it. He was telling Richard to leave me alone.”

It was also challenging to promote a band because of racism and because the music market in the 1970s was not as read to accept that June Millington and Alice de Buhr are lesbians. Nonetheless, the band eventually inspired a host of successors like the Go-Gos and the Runaways. In Europe, the band received more of what they deserved than they did here in the States. David Bowie lamented in 1999, “They’re as important as anybody else who’s ever been, ever; it just wasn’t their time. Revivify Fanny. And I will feel that my work is done.”

“You take a song like ‘Soul Child,” which Jean sang, and she, Nickey and I wrote. It’s got lyrics of the time because we were basically talking about liberated women who knew about The Pill, Millington adds, “Was anybody going to review it that way? No. Nobody ever has. They don’t even talk about that song (laughs). It’s a great cut.”

In helping to correct the record, Hart says that she discovered the band by chance. “I realized I started when my daughter was 11, and she’s 17 now,” she recalls. “I was looking on this Taylor guitar site because I was looking for a guitar for my daughter. I totally got sidetracked because I’m a filmmaker and scanned down at all these pictures of people that have played Taylor guitars, and up topped this photo of June Millington.”

Her film demonstrates that the members of Fanny aren’t a spent force even if Jean Millington has suffered some health challenges. Her sister says that reaching 74 hasn’t impeded her love of playing and performing even if it has changed it. With Fanny+, she plays with Patti Quatro (Suzi’s sister), who replaced her for Rock ‘N’ Roll Survivors. The band now has two lead guitarists.

“It’s so it’s easier for me. We don’t do ‘Ain’t That Peculiar’ anymore because you need a keyboard for that. I can possibly do ‘Hey Bulldog’ with just one guitar, but at age 74, being able to concentrate on guitar playing, singing and lyrics, it’s hard to get them all to collapse into a single thing. It was a lot easier to do that when I was younger, but I’ve been practicing a lot to do it. I have to. It’s so much fun to play (laughs), says Millington. 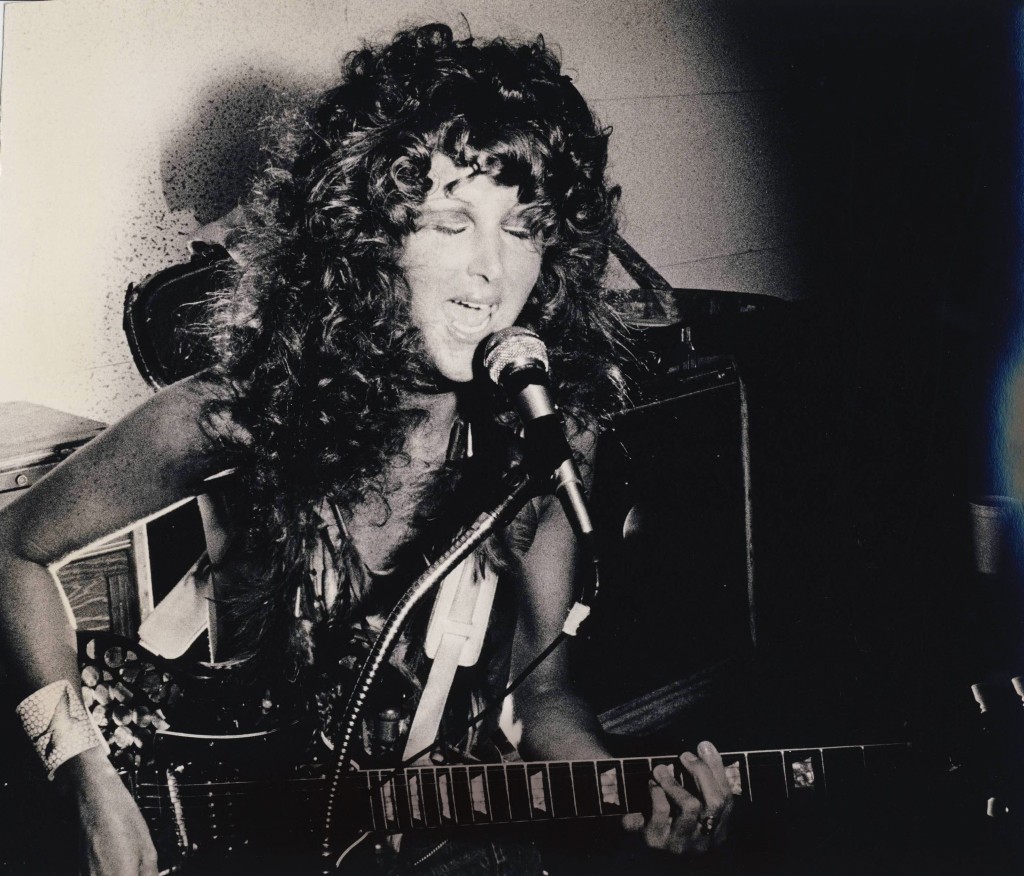 Much of the conversation focused on IMA, which Millington and her partner Ann F. Hackler founded IMA. One distinguished alumna is Grammy-winner Sonya Kitchell, as is Mia Huggins, and Hart’s daughter has taken part in their activities. Millington also has a YouTube channel with her newer songs.

With all that Fanny and its alumni has or could still accomplish, Hart hopes her film will do more than simply jog memories that might have been dulled from the rock & roll lifestyle.

“They’re still kicking. It’s amazing. They’re so talented and so vibrant,” Hart says. “It’s all exciting. I believe Fanny should be in the Rock & Roll Hall of Fame just like other artists who laid the groundwork early on, like Sister Rosetta Tharpe, she invented rock & roll.”