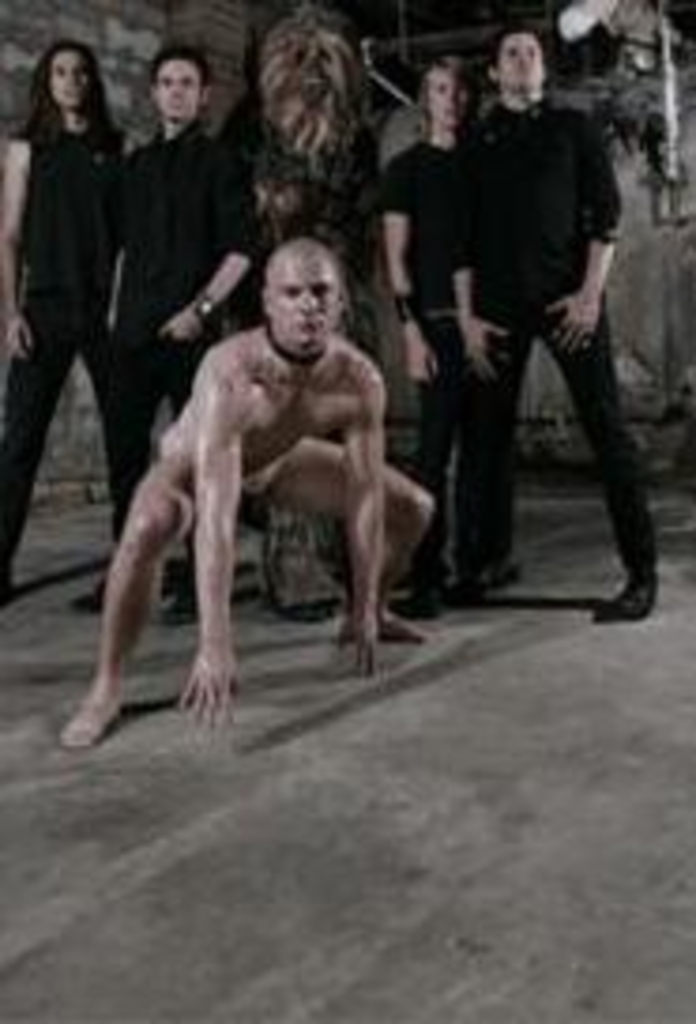 The sky is pitch-black and pissing rain as the four members of Super Black Market play the last few songs of a Tuesday night practice session in early October.

There’s nothing particularly noteworthy about a dark and drizzly evening in early fall in the Midwest. But here, tonight, the blackness is suffocating.

There’s not a single place near Kansas City that’s as dark as this band’s soulless backyard, tucked away among the trees and pasture on the dead end of a slithering gravel road northwest of Warrensburg.

Inside, in the basement of their parents’ house, brothers Joe and Sonny Remlinger are safe in the light. Seated behind his drums, Joe’s long hair and white T-shirt are drenched with sweat from an hour and a half of pounding out his frustrations in time to his older brother’s gravelly, young-Henry Rollins vocals and chugging bass lines.

The band may have just finished playing to an empty room, but they played with an intensity and work ethic most bands would reserve for capacity crowds. (When they are in front of crowds, they’re likely to knock the wind out of even the most jaded fans.) Super Black Market sounds angry and political and just a little bit melodic — the way punk was supposed to sound before pop-punk and the “new” hardcore bastardized an entire genre. When Sonny shouts, This is the part about a revolution on “We’ll Make Your Ass Dance (To the Death Beat),” you can tell he means it.

For their entire lives, Joe and Sonny — along with guitarist and resident screamer Trent White, who grew up just a few miles down the road, and guitarist Benn Bluml, who moved to Warrensburg from rural Iowa a couple of years ago to attend college — have known what it’s like to be angst-ridden punks in the middle of nowhere. And frankly, that’s got ’em pretty pissed off.

“This is as close to rural life as you’ll get,” Sonny says before he launches into another of the band’s politically charged diatribes.

But let’s be clear — it’s not as though any of these rockers completely hates Missouri or the greater Midwest. All four of them happily put in their hours — in addition to other full-time jobs for some — at the Corner Café, a Warrensburg mainstay that the brothers’ parents, Brian and Anne Remlinger, have owned for years.

Helping mom and dad in the restaurant has had its benefits. Sonny and Bluml live in a trailer on the Remlingers’ property, and Joe lives in the basement, just a few feet from the homemade practice space that the band used to record its EP and parts of its new full-length, Will Sell Anything (out locally on Minnow Records). The young musicians have used the place for the better part of a decade.

“It’s really a great home base,” Joe says. “It allows us to live cheap and continue to focus on playing more shows. Otherwise, we’d have to work more hours just to pay for a practice space, which would cut into the whole process of making music.”

“They’re so completely supportive,” Sonny says of his parents. His mother is upstairs making dinner as he speaks. “There’s no way to sleep upstairs when we’re playing down here.”

“They also know when we’re having an off day,” White jokes.

Still, with a good family life and at least a healthy tolerance of their Midwestern ties, what could make these four guys so damned angry? The music business and the advertising industry.

“It’s just a big hype machine,” White says. “We’re totally against having music be a product.”

To some extent, White and the rest of the band are true to their word. They’re about as anti-establishment as a group can be that uses a Web site, iTunes and MySpace to publicize itself. Hang around for a few minutes, and you’ll hear four well-informed guys trying to figure out “the next big thing” when it comes to guerrilla self-promotion on the Internet.

“We’re always doing new photo shoots and coming up with new concepts and logos. If nothing else, it helps keep things fresh,” White says. “I know that sounds about as unpunk as it gets, but if you love what you’re doing, you can’t just sit around in the basement and play other basements. You have to move forward.”

As the band starts into its last song for practice, the rain begins pounding against the two tiny windows at the upper edges of the room. It’s still coal-dark outside, but inside this well-lighted basement, the night isn’t really that noticeable.