F9: The Fast Saga is the craziest Fast movie yet, and the most ‘movie’ movie of the year 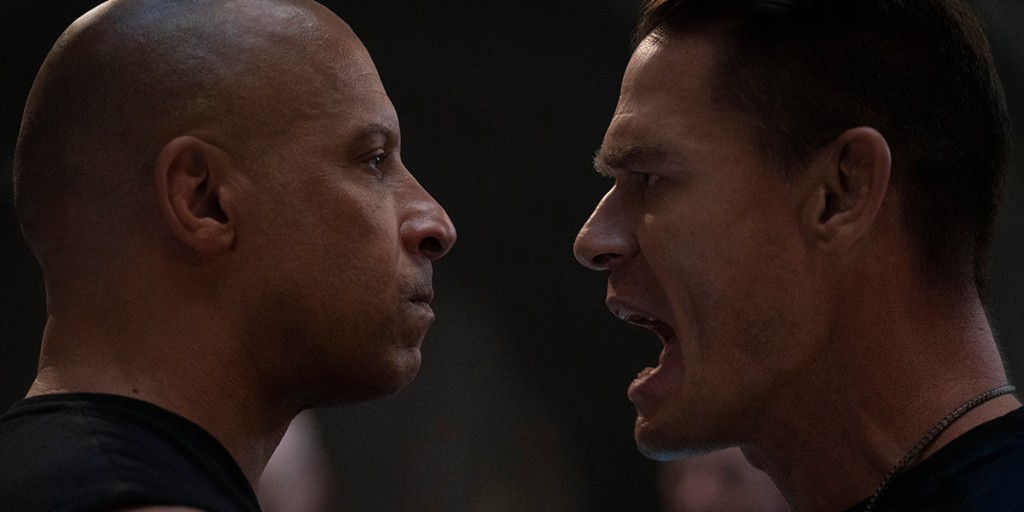 A few years ago, in an effort to find something to watch on a July 4 weekend, I went with my parents to see Jurassic World: Fallen Kingdom in the theater. That movie is a trainwreck. However, I will always remember a moment when one of the dinosaurs climbed on the roof of a gothic mansion in the rain, and my mom turned to me, eyes wide, and said simply, “Movies!”

Jurassic World: Fallen Kingdom was not good. But even the dumbest films sometimes have moments that remind us why we like watching this stuff in the first place; scenes that take us out of reality completely and let us gawp in wonder at their brazen ridiculousness. There are movies, and then there are “movies!” movies.

F9: The Fast Saga is the most “movies!” movie there has ever been. It is 145 minutes of pure unadulterated silliness that takes all the things you’ve enjoyed from the last 20 years of Fast and Furious movies and packs it in like a can of Nos-infused sardines. It has everything: Cars. Explosions. Family. A generic European baddie named Otto. To paraphrase Stefon: this summer, New York’s hottest club is F9: The Fast Saga.

This time out, Vin Diesel’s Dom and Michelle Rodriguez’s Letty are living on a farm with Dom’s toddler Brian when fellow racers-turned-bandits-turned superspies Tej (Chris “Ludacris” Bridges), Roman (Tyrese Gibson), and Ramsey (Nathalie Emmanuel) turn up with news. Their old CIA friend, Mr. Nobody (Kurt Russell), disappeared while transporting Cipher (Charlize Theron), the villain of The Fate of the Furious, to a secure facility. Mr. Nobody was also carrying half of a valuable piece of tech that, when joined with its partner, gives the owner control over *checks notes* the whole world (not that it matters, none of this matters).

When the gang tracks Mr. Nobody’s SOS signal, they run into a figure from Dom’s past: his brother Jacob (John Cena), who Dom blames for their father’s death during a race when they were teenagers. After their dad died, Jacob became a shadow-Dom, racing cars and doing missions except, you know, evilly. Jacob is using Cipher, and rich villain Otto (Thue Ersted Rasmussen), to track down the global control device. Obviously, this doesn’t sit well with Dom and the Family. Car-related shenanigans ensue.

F9: The Fast Saga is long. However, you may not mind since every second is packed with stunts, self-aware jokes, and sub-plots both entertaining and bizarre. An early chase sequence features a car driving across a disintegrating rope bridge, a car driving off a cliff and being picked up by a plane, and a visual gag involving Roman and a landmine. Sean, Twinkie, and Earl from The Fast and the Furious: Tokyo Drift return as car-based rocket propulsion specialists (and yes, that plot goes exactly where you think it will). Roman has an existential crisis that falls just short of realizing he’s a character in a movie.

A sizable chunk of F9 is dedicated to flashbacks showing Dom and Jacob’s relationship, and if there’s any loss in momentum, it’s here. While the overall arc plays into the series’ ongoing themes of family, redemption and forgiveness, these moments are overly serious, even by the standards of the saga’s usual overwrought melodrama. One or two scenes would have sufficed. To take up a quarter of the film with it feels unnecessarily baggy.

[Ed. note: If you, like most of us, failed to follow large chunks of the film’s expansive character list and lore, there’s an equally convoluted “timeline” section on the official website that you should scope out.]

The Fast and Furious series belongs to its own special level of cinema, one solely interested in jumping the shark (or rather, jumping over increasing amounts of sharks, in progressively unbelievable ways). F9 takes that ethos to its highest point, while somehow simultaneously understanding that from now on it can only go further in.

The story of the Fast Saga has now looped over itself so many times that it’s developed a fascinating meta self-commentary. It’s impossible to know where that’ll lead, but if it’s anything like the true gift we’ve been given this year, it’ll be worth sticking around for.