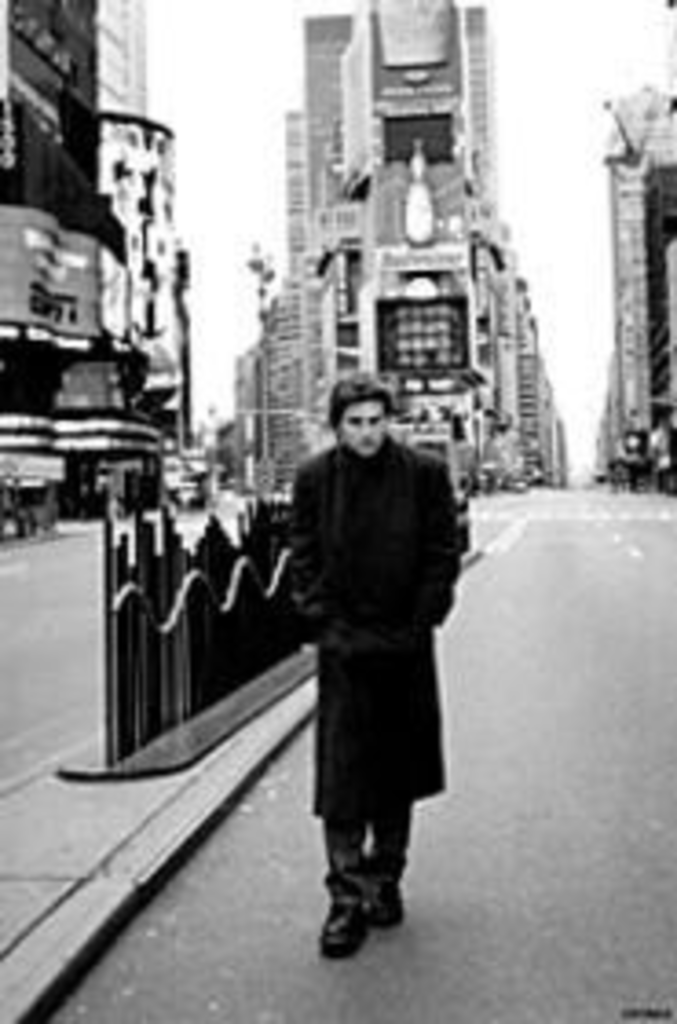 Beneath the hazy, mystifying layers of Vanilla Sky lies a remarkable Tom Cruise performance — one that, to a large extent, takes place beneath a makeup artist’s piled-on scars and a costumer’s blank prosthetic mask. As David Aames, hipster publisher of Maxim-like magazines, Cruise plays a lothario so vain he plucks out a single gray hair with tweezers kept in a wooden box by the sink. David lives in a glam world of lavish parties he hosts in an apartment that seems to spread over a brownstone’s entire floor: John Coltrane, as hologram, provides the musical entertainment; Steven Spielberg drops by to wish David well; Joni Mitchell’s and Robert Rauschenberg’s paintings adorn the walls; a guitar smashed by Pete Townshend sits behind Plexiglas. David is often reminded — and often acknowledges — that he is “living the dream.”

Just as often, he is told, “Open your eyes.” It’s more than the title of the 1997 film upon which Vanilla Sky is based; it’s an order: words of wisdom proffered to a man about to fill the void of his freewheelin’ life with suicidal women, disfiguring car crashes, homicide charges, a prison cell, a paternal psychiatrist and, perhaps, the promise of eternal life as a block of human ice.

After sweating out his rock-journalism past in last year’s Almost Famous, writer-director Cameron Crowe has chosen to remake Spanish filmmaker Alejandro Ameníbar’s Abre Los Ojos, a film suggested to him by Cruise. No doubt the actor saw in it familiar themes he and Crowe explored back in Jerry Maguire: the ruin and rebirth of the shallow man, the destruction and resurrection of an empty life built upon meaningless totems.

Vanilla Sky could be taking place deep inside Jerry Maguire’s subconscious, where reality and make-believe are interchangeable. Nothing here is as it seems. At the beginning, David dreams that he, the cheerful narcissist, is the sole inhabitant of Manhattan Island. With Radiohead’s haunting “Everything in its Right Place” droning on the soundtrack, David races his Ferrari through a desolate, lit-up Times Square. It’s his ultimate fantasy, perhaps, but also his greatest fear—to be alone, without anyone to admire him. He needs people, their attention and affection.

But David just as easily discards them, flaunting one would-be lover — his best friend’s date, Sofia (Penelope Cruz, star of the original) — in front of longtime fuck-buddy Julie (Cameron Diaz) during one of his star-studded soirees. Eventually, David’s casual disregard for Julie and for his dear pal Brian (Jason Lee), whose novel David is financing, leads to inevitable tragedy: Julie beckons David into her car solely to plunge them off a bridge and into a brick wall, leaving him disfigured and her dead.

Or is she? And is David truly scarred, his once-beautiful visage a mass of ground flesh, or is the mutilation in his mind and not on his face? Does Sofia exist, or is she a figment of David’s imagination — the one woman he might truly be able to love? The film is less a narrative than a puzzle to reassemble every few minutes; one minute, the handsome David is discussing dreams with friends; the next, he’s behind a mask and sitting in a cell with McCabe (Kurt Russell), the psychiatrist who informs David he’s been imprisoned on a murder charge. Vanilla Sky leaps willy-nilly through time and space; we’re often not sure where or who David is — a madman, maybe, or just a rich dude with blood on his hands. Cruise plays it just right: He’s as exasperated as we are, always a second away from turning a smirk into a scream.

But Crowe is afraid we’ll stop caring if we’re not spoon-fed enough information, and his constant hints at Vanilla Sky‘s inevitable ending are the movie’s central flaw. Every time a character turns on a television set, only one thing is on the screen: the inventor of something called Life Extension, a cryogenic project that offers “eternal life.” About the time Benny, a once-frozen dog thawed out as proof of the great experiment, shows up on Late Night With Conan O’Brien, Crowe’s audience is three steps ahead. His film wants to be weird, but it’s terrified of being too bizarre.

Vanilla Sky is said to slavishly mirror Ameníbar’s original, but Crowe imbues his take with his distinct sensibilities, from the rock-crit-approved mix-tape soundtrack (new R.E.M. and McCartney, old Dylan and Jeff Buckley) to the publishing-world setting. (The man is forever working out his Jann Wenner demons.) Yet he doesn’t assume you’re smart enough to keep pace. One astonishing shot of Cruise and Cruz precisely duplicates the album cover of The Freewheelin’ Bob Dylan; it’s a graceful, resonant evocation of a pop-culture past — a loving wink. But Crowe ruins the moment 45 minutes later, when he explains the scene —and everything else that’s taken place. He gives us no credit, no room for our own interpretations or imaginations. We can’t help but leave the theater feeling as though we’ve been lectured, told how to feel and what to think. And for an audience, that’s a bit of a nightmare.