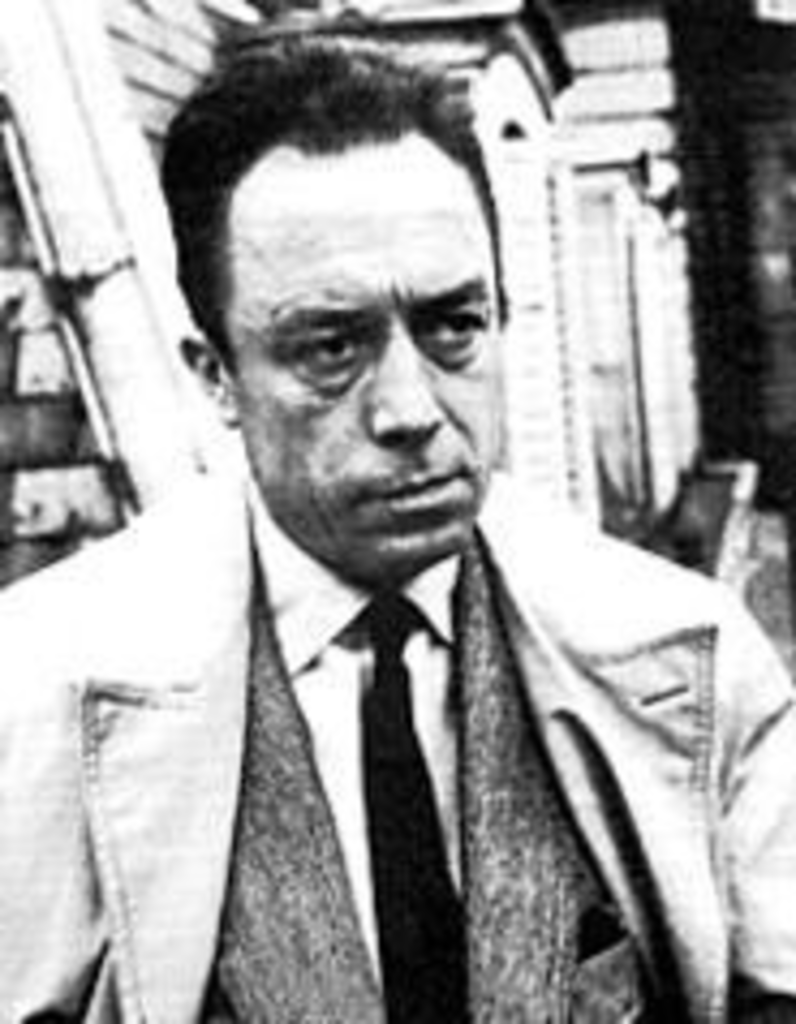 With both the threat and the reality of terrorism rarely out of the headlines, people are pondering the human capacity to commit politically motivated acts of violence. Half a century ago, playwright Albert Camus was thinking about the same thing.

Based on real-life events of 1905, The Just Assassins concerns a group of revolutionaries in Moscow planning to assassinate the Grand Duke. When the Duke’s young niece and nephew unexpectedly appear by his side, something shakes their confidence — can they justify the murder of innocent children?

Though it was written in 1949, Camus’ play has lost none of its impact. Concentrating on the conflicts within the group, Camus humanizes the terrorists even while showing how they are dehumanized by their commitment to their cause. Masoud Delkhah, who is directing the play at Carlsen Center, concurs that extremist ideology can “freeze your mind and strip you of all your humanity.”

Delkhah, a professor of theater at Johnson County Community College, first read the play as a freshman at the University of Tehran. “There aren’t many plays about terrorists,” he says, “but this is about what is happening politically all around us, wherever there’s a bomb, explosion, or assassination.”

It’s an intense production. “Whenever I direct a play, things change dramatically,” Delkhah says. “I think a play can be completed only on a stage.” He hopes to strike a relationship between audience members and actors in the intimate space of the Black Box Theater. There, viewers will find themselves inside the terrorists’ apartment, brought face-to-face with their political and personal conflicts. Actors must depict inner struggles, demonstrating, Delkhah says, “how the character is being torn and separated from himself.”

Delkhah’s aim is to raise his audience’s awareness by exploring the difference between assassins who struggle to maintain their own humanity and those who are “purely the definition of terrorism.”

For Camus’ characters, self-definition is crucial: Are they terrorists or freedom fighters? The distinction between the two is never clear. As Delkhah points out, the same can be said today. “If someone in Iraq were to assassinate Saddam Hussein,” he asks, “would the rest of the world see them as a terrorist?”

Delkhah admits he is not impartial. “I have a side,” he says. “I can’t hide that. My side is against extremists no matter what. Whatever the ideology, if it becomes extreme, it becomes dangerous.” And ultimately, he believes, futile. “Fighting terrorism has to be physical, of course,” he says. “But this is not the only way — it is also important to fight ideology.”

Camus, however, tried to present a balanced view. “Camus has respect for those who at the hardest moment of their lives retain their hearts,” he says, noting that respect for human dignity is “what makes Camus Camus.”