Explosions in the Sky’s instrumental blasts 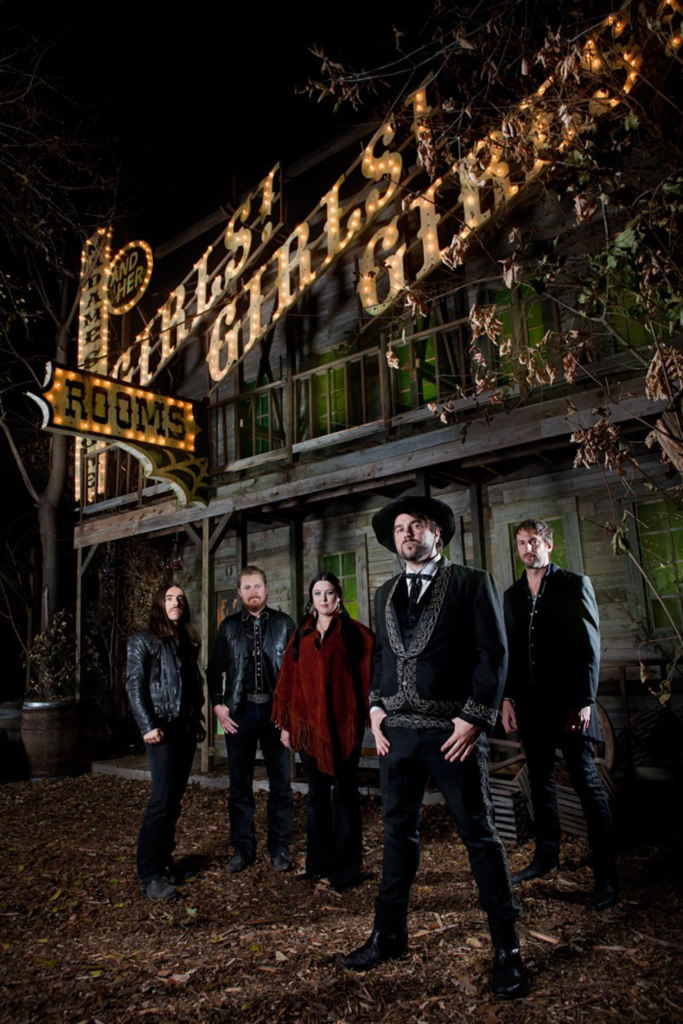 Explosions in the Sky’s self-described “cathartic mini-symphonies” are built from a brave vision. Rather than appoint a frontman to lead the group, all four members carry equal weight in the creation of their intricate, experimental music. The Austin-based group, composed of guitarists Munaf Rayani and Mark Smith, bassist Michael James and drummer Chris Hrasky, just released its sixth studio album, Take Care, Take Care, Take Care, which debuted at No. 16 on the Billboard 200. Hrasky took a break from a sound check the other day to talk to The Pitch about Austin, accusations of being unpatriotic, and doing the music for Friday Night Lights.

The Pitch: What led you to become an all-instrumental band?

Hrasky: When we first started playing together, which was in spring of 1999, at the time we were listening to a lot of Mogwai and Dirty Three. They were pretty big influences on us at the time. Here are two bands that are really able to make evocative music, rock music essentially without vocals. We were pretty intrigued by that. Also, we kind of liked the idea that there wasn’t sort of the main guy that was dictating the direction of the songs, band or music. It seemed to be a way to make it more of a full collaboration between the four of us. It’s worked out really well. It’s been frustrating but also ultimately made us want to do it.

Working on music where there isn’t sort of the main guy controlling the situation is tough. We are all different people with different opinions and different tastes trying to all make something we feel strongly about. That’s always going to be a frustration for us, but it works in the end. We come up with stuff that we all really love. That can make the whole writing process stressful, though, I suppose.

Is it hard to translate the studio material to a live setting?

It’s pretty natural for us. With the stuff on the new record, it’s been a little more of a weird transition just because there’s a lot more going on (more layers, samples and all sorts of crazy stuff), so we had to figure out how to pull that off live. All the other records are sort of just us setting up in a room and playing. They’re more traditional studio records.

As the drummer, do you feel that your role is even more important because you’re an instrumental band?

It’s a lot more of an interesting role, rather than just keeping the rhythm. It’s much more a musical instrument, if that makes any sense. The drums are as important as the other pieces. It’s something that we all kind of talk to each other about. I will talk about ideas for the guitar and vice versa. They will tell me how the drums should come in. We all recognize the importance of each part.

So it’s kind of like you are all equals, essentially?

Yes, very much so.

Considering that the 10th anniversary of the 9/11 attacks just passed, do you think all of those silly rumors about you being linked to the attacks will resurface? [The band had coincidentally released an album called Those Who Tell the Truth Shall Die, Those Who Tell the Truth Shall Live, a few weeks before the 9/11 attacks. The album art included a plane and a liner note that read, “This plane will crash tomorrow.” Controversy and conspiracy theories ensued.]

We played in Boise on September 11. There was already something stupid there, a sign up at the theater. There was a new story about it on the Internet. You see stuff like that and you’re like, “Why is this person writing this article? This is so dumb.” First of all, Explosions in the Sky is fireworks on the Fourth of July. That is directly where the name came from. You can’t get more patriotic than that. We’re hoping it doesn’t become something. Most people’s reactions were, This isn’t a news story. This is just ridiculous. This is just a band playing a show.

You’ve done music for television shows and movies. Is it weird having executives with so much control over the process? How was your experience?

We had a great experience. We did all the music for Friday Night Lights, so we were in the studio for six weeks exploring. We thought it was going to be the kind of thing where there were producers breathing down our necks and telling us, This is right, this is wrong, but it really wasn’t like that at all. The director would come in every once in a while and sort of talk about what felt right and what didn’t. That was fine. He’s the director. It’s his project. We’re essentially working for him. We didn’t have people coming in and telling us what to do. We were left alone, which was kind of amazing. I think that had a lot to do with the music supervisor of the movie. He really liked our stuff, and he had a lot of clout at the time because he had just done the music for Lost in Translation. And that blew up, so he could kind of use that to talk to the executives. Like he could be the hip, cool guy. And it worked.

What can Kansas City expect from your live show?

We just try to put as much as we can into it. Nothing is worse than paying for a band that looks like they’re just cashing a check or are bored. I hate that so much. It’s like, You get to go play music for a job. Work a little harder, buddy. [Laughs.] We play as hard as we can. The four of us try to get lost in the music, and hopefully the audience gets engaged. This is what we do for a living, and we realize how lucky we are. This is not a normal situation for most people. It’s a pretty great job to have.