Experiencing the first night of the Folk Alliance International conference 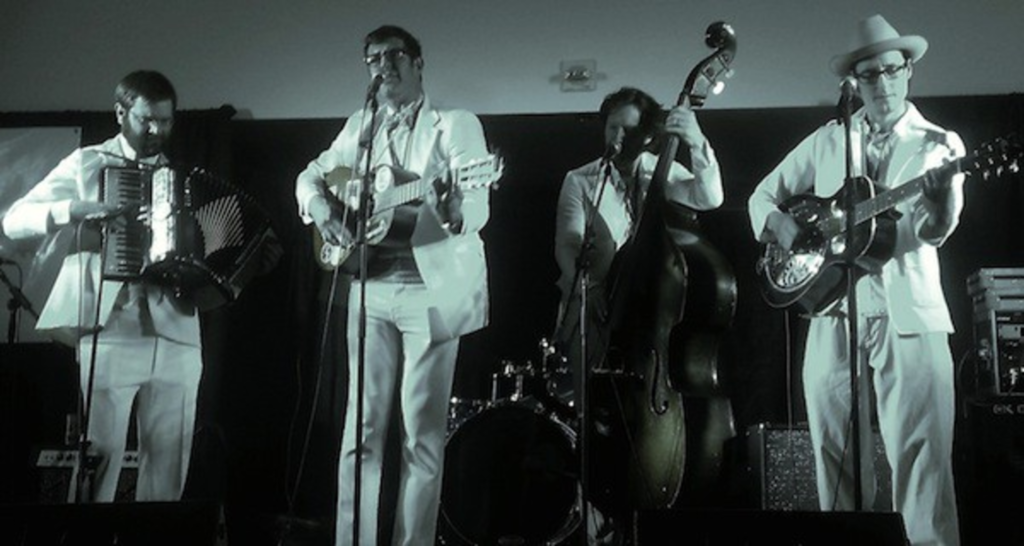 From the moment I arrived at the 26th Annual Folk Alliance Conference at Westin Crown Center, I was a little overwhelmed. Musicians from around the world swarmed the lobby and peppered the hallways, instantly doubling the zip code’s quota for artfully shaggy hair and fedoras. Young and old alike, these guitar-slinging nomads were nonchalantly beautiful. I wanted to stare at all of them.

The man next to me in the check-in line, who had traveled from Washington, D.C., to attend the event, echoed my sentiment. “This is the place to be if you’re a fan of sensory overload,” he said. “If you don’t like something, you can just wander into the next room.”

I quickly realized that I had not adequately anticipated the scope of this event. The venerable hotel’s conference rooms overflowed with sound, spilling into the hallways, drawing you in. With nine stages and more than 60 local acts filling the bill for the evening, I needed a plan. Wandering from room to room, I feared, would leave me woefully unfulfilled.

I started with crooning quartet the Kansas City Bear Fighters. Wearing matching white suits, the band glowed angelically under the blue spotlight as they tore into lighthearted numbers about the devil and whiny musclemen. Lead singer Quinn McCue’s nasal voice seemed tailor-made for the band’s offbeat bluegrass vibe. They were having a lot of fun – so much fun that they didn’t want to leave the stage. Their approximately 20-minute set did seem to go by rather quickly.

Next up was Cody Wyoming, whose idyllic name and raw, sincere, imperfect voice are both right up folk’s alley. As I squeezed into the packed room, I caught the tail end of Brewer and Shipley, a duo of older gentlemen from KC. They sang different lines simultaneously, their voices overlapping, intertwining and harmonizing. They were mesmerizing, and I wished I’d seen more of them. The audience thinned out when Brewer and Shipley finished, leaving a smattering of folks to witness Wyoming. Alone onstage with his guitar, he sang heartfelt tunes about booze, travel and loss, his mop of brown hair hanging over his eyes. 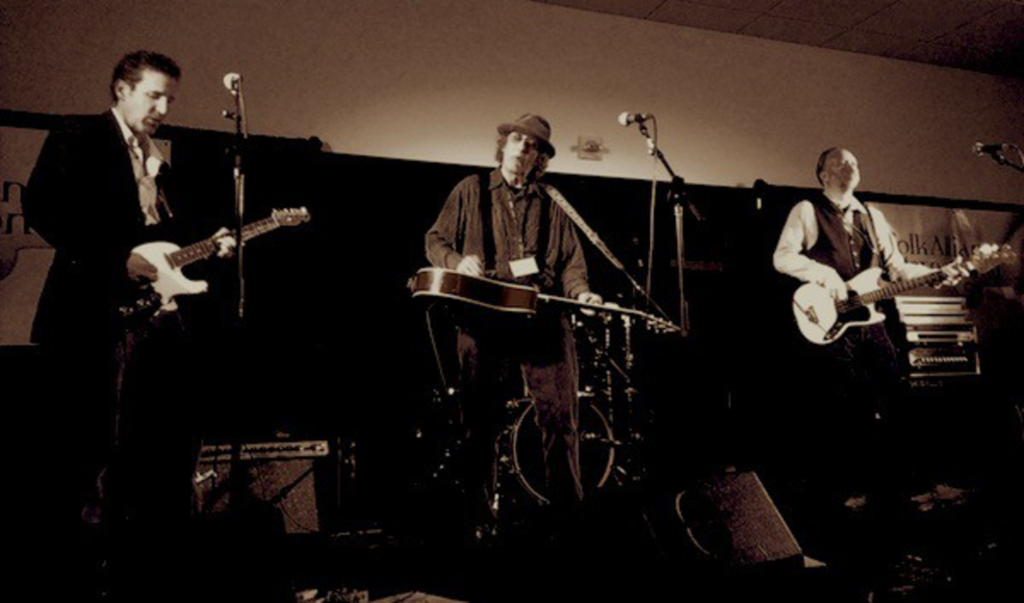 By this point, my schedule was about five minutes off, so I darted back upstairs to catch the inimitable Howard Iceberg and the Titanics. After more than 25 years, Iceberg is pretty much a local legend, and he has not slowed down. The band is excellent live, with each instrumentalist contributing his expertise to the band’s rocking country-blues sound. Holding his acoustic guitar sideways like a pedal steel, his voice full of gravel, Iceberg is truly one-of-a-kind – and he’s funny, too. Before closing out with “Adios Means Goodbye,” he told the audience that listening to the song was good for three credit hours toward our foreign language requirement.

I had some time to kill before catching Betse Ellis, so I spent 10 minutes in line at what was apparently the venue’s only drink cart. The man next to me expressed excitement over seeing Iceberg for the first time in 15 years, and he looked forward to hearing Irish-American rock band the Elders next. He said the Folk Alliance reminded him of the early days of South By Southwest. 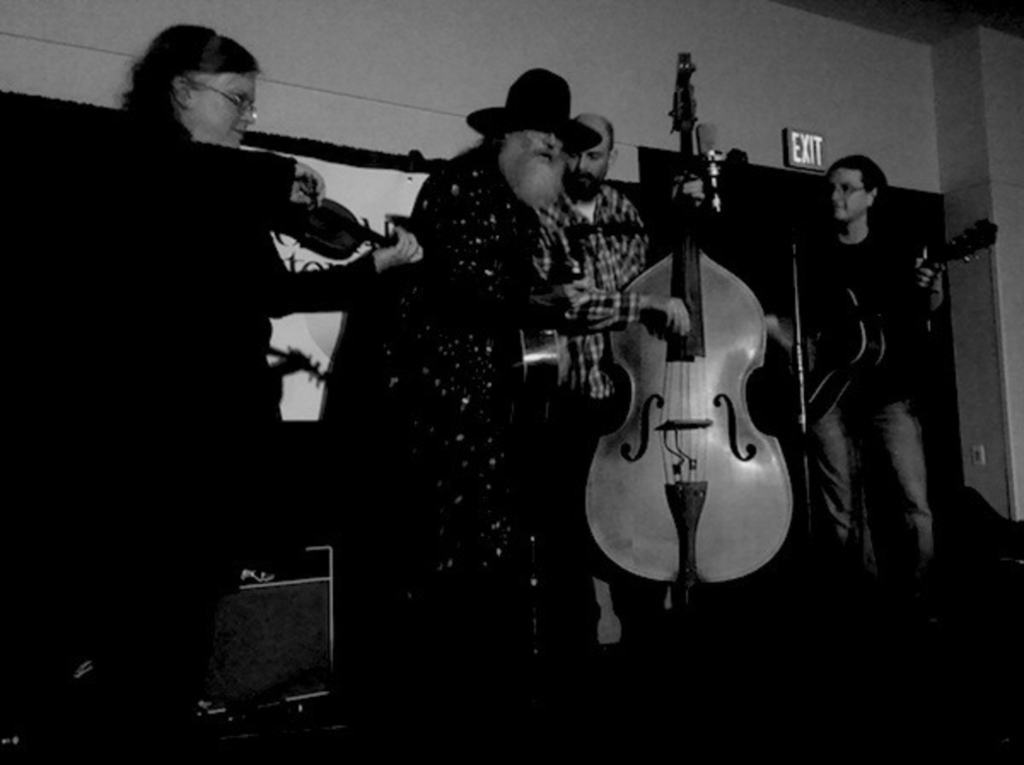 Thankfully, I made it back downstairs to see Ellis with time to spare. I’ve admired the woman from afar since her days shredding the fiddle in the Wilders. She is the epitome of folk, using her fiddle and her fiery, down-home voice to tell travel stories, from the literal (floating downriver in the Ozarks) to the metaphysical. Her song “Question to Lay Your Burden Down” damn near brought me to tears. To close out her set, several members of Rural Grit All-Stars joined her onstage, kick-starting a foot-stomping folk party. 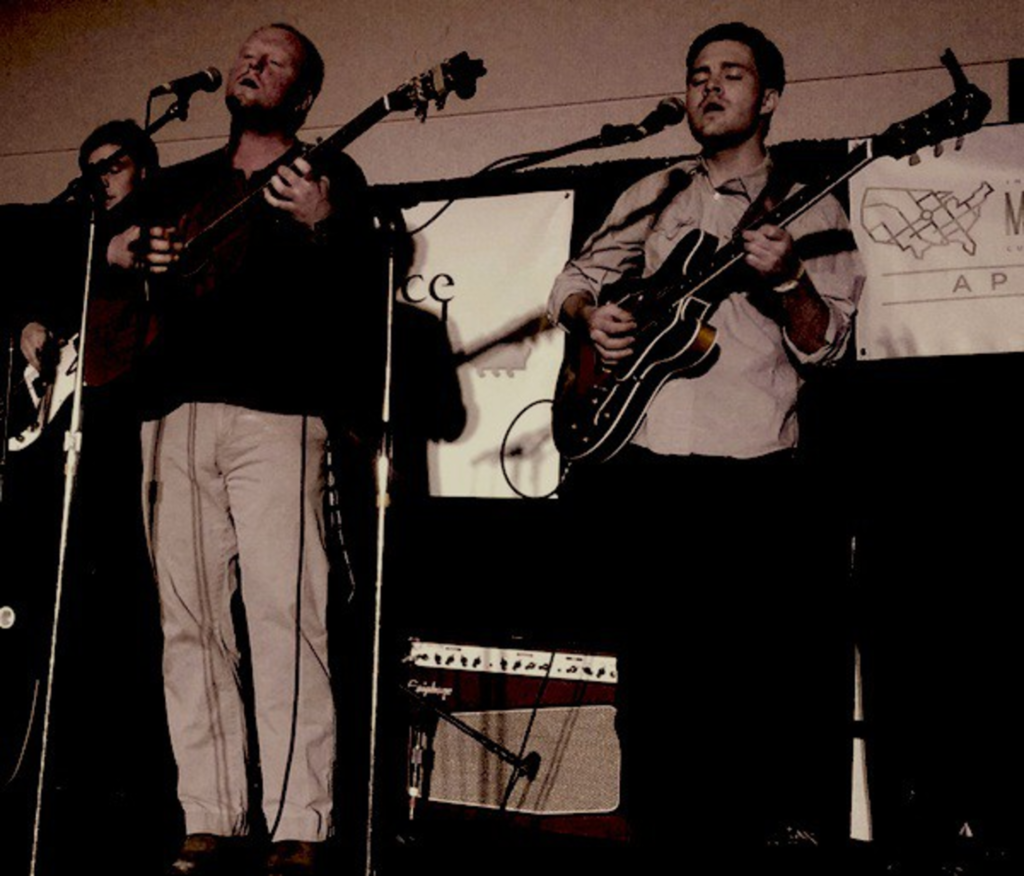 I didn’t get to see much of She’s a Keeper, a young band from KC. Neither did anyone else, for that matter – the audience contained only a few people. To everyone who wasn’t there: You missed out. Once these kids got going, they created a rich sound full of emotion, reminiscent of Fleet Foxes or the Avett Brothers. I wished I could’ve heard them on a bigger stage. 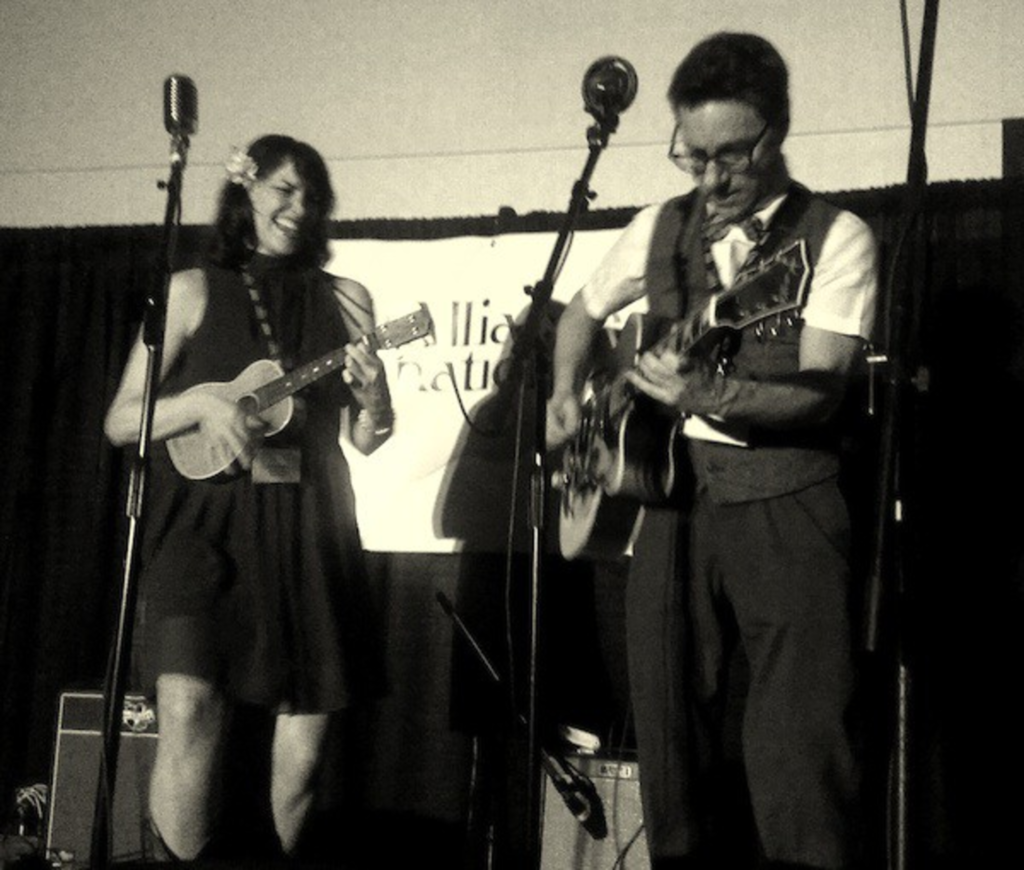 I closed out the night with fun antique-pop duo Victor & Penny (Jeff Freling and Erin McGrane), who had an upright-bass player for the evening. By this point, sensory overload was in full effect, and my notes actually include the phrase “So good at guitar it is kind of stupid.” That statement is ineloquent but not inaccurate. The song “Rickshaw Chase” tells the story of, as McGrane put it, “a cherry-red, open-air rickshaw in Chicago traffic.” Freling’s intense, complex guitar work embodied the chaotic experience so fully that words were unnecessary. McGrane’s voice was equally captivating, capable of joking and insisting at the same time. At the front of the room, a couple swing-danced, and someone else shouted, “That’s good stuff.” They were right-on – it’s easy to tell the real deal when you hear it.