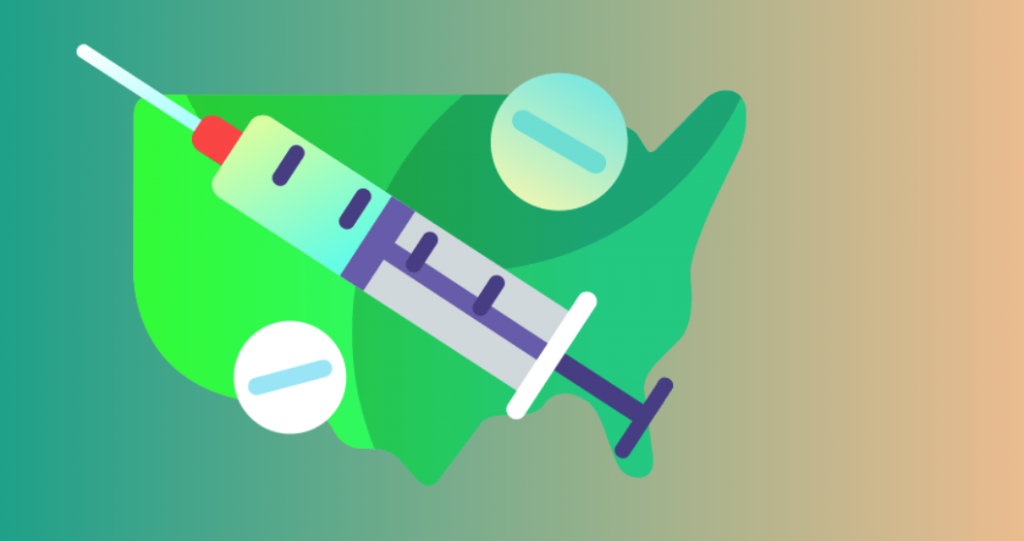 A new study examining drug abuse, rehab, and arrest data across the country has determined that, out of all states and the District of Columbia, Missouri has the absolute worst ranking in the United States. Kansas, somehow, how one of the best scores. For a city split between the two states, this obviously becomes a bit of a head-scratcher.

This data comes at at a time when lockdown has increased rates of drug abuse, alcoholism, and suicides. Missouri ranking atop the nation is deeply disturbing.

This study compares the 50 states and the District in terms of 22 key metrics, ranging from arrest and overdose rates to opioid prescriptions and employee drug testing laws.

In order to determine which states have the biggest drug problems, WalletHub compared the 50 states and the District of Columbia in three overall categories: 1) Drug Use & Addiction, 2) Law Enforcement and 3) Drug Health Issues & Rehab.

Those categories include a total of 22 relevant metrics, which are listed below with their corresponding weights. Each metric was graded on a 100-point scale, with a score of 100 representing the biggest drug problem.

The study then determined each state and the District’s weighted average across all metrics to calculate its overall score. This total score was the basis for our final ranking. So the state ranked 1st in this study has the biggest drug problem, based on the data at hand, while the state ranked 51st has the smallest drug problem.

By the data, Missouri ranked average in share of teenagers who used illicit drugs in the past month and in substance abuse treatment facilities per 100,000 people. Out of 50 states, Missouri ranked 14th in both drug overdose deaths per capita and drug arrests per capita. Of note, we also ranked 12th worst in opioid prescriptions per capita.

This data, along with combined statistics across many other factors, resulted in Missouri scoring the worst drug problem score in America. Missouri scored 18th in drug use & addiction stats, 1st in law enforcement issues, and 16th in lack of health support and rehab opportunities.

The takeaway is that, for the most part, Missouri has very few areas within the study that were the absolute worst in the country, but that within the total median, no one state combined to be worse at their drug problem and support systems. The states that ranked a few points behind Missouri include West Virginia, Michigan, D.C., and New Hampshire, in that order.

Conversely, Kansas ranked incredibly well, coming in at 49 out of 50 states plus the District of Columbia. The only two states to have better scores in relation to their drug problem are Hawaii and Minnesota. Kansas scored 43rd in drug use & addiction, 35th in law enforcement, and 37th in drug health issues & rehab.

In a similar study, Missouri is ranked the 35th best state in which to be a police officer, while Kansas ranks 26th best. This seems like another odd data point, for both states to rank well in the mid-range for officer work and safety while ranking so severely opposite in success for drug enforcement.

If you’d like to dive deeper, the study includes an interactive map that we have included below.

If you’d like to explore the data in a series of comparative infographics, that information is available below.