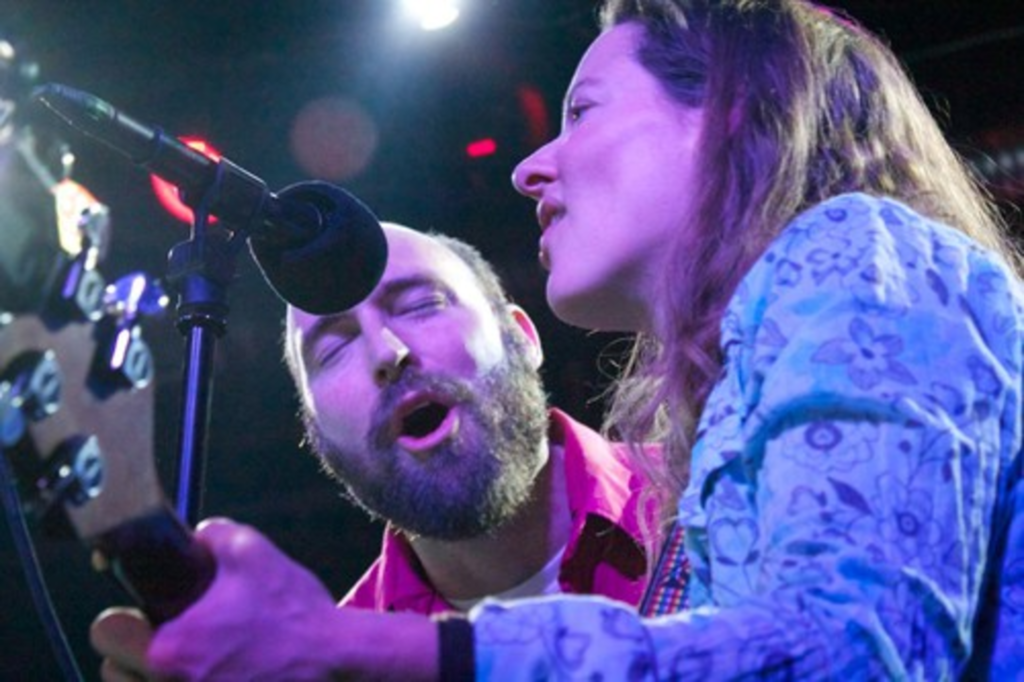 Exile on Main Street: A Tribute to the Rolling Stones

Better than: the Stones could have imagined pulling off themselves. (As Bill Sundahl read at the beginning of the show, Mick Jagger said only about four of the songs could be played live.)

During that insistent horn, guitar and everybody-sing-one-word refrain that carries it home, “Happy” felt like the theme song to the evening — not for its mean-spirited lyric, but for that sparkling refrain. The sold-out Crosstown Station was packed with happy people (happy just to get in, and happier yet as the show built and built to a series of unforgettable climaxes). The giddy crew of more than two dozen pulling off the seemingly impossible — performing Exile on Main Street live — reflected the feeling in the crowd. No one embodied that baseline emotion, and the layers of colors added to the mix more clearly than guitarist and vocalist David Regnier, playing with smoldering intensity (and, when the time was right, bouncing around the stage like a kid).