Exile is kind to local musicians 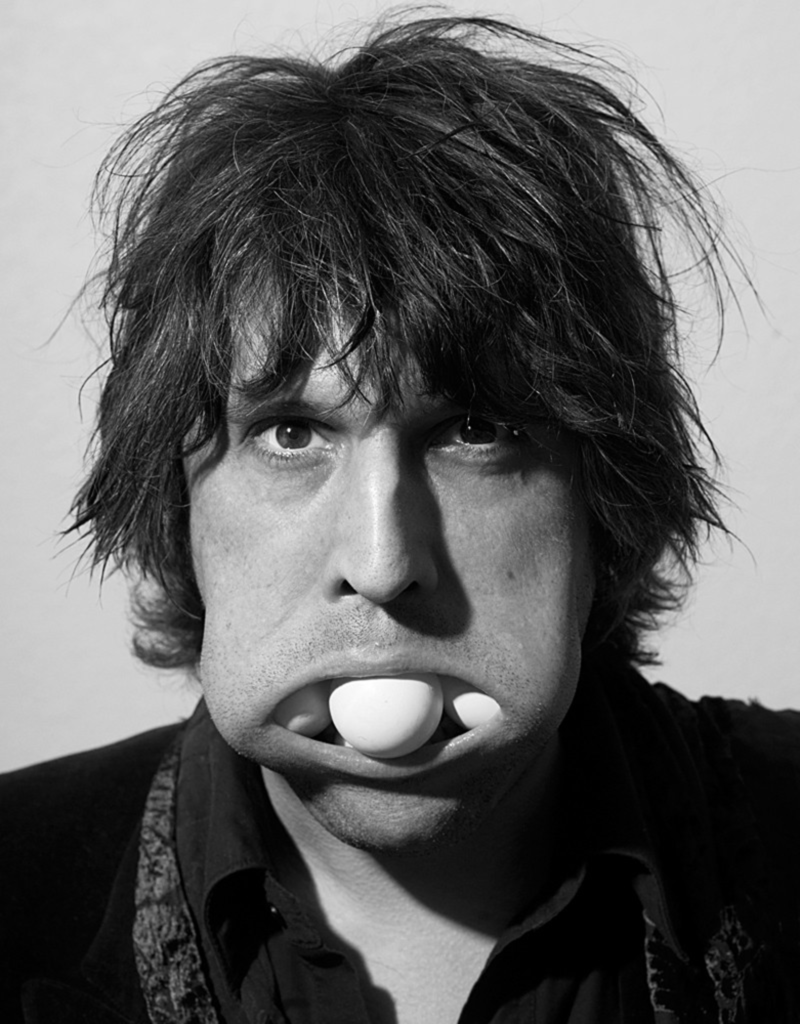 Cody Wyoming cuts through laughter and frustrated side talk on the third run-through of the Rolling Stones’ eccentric, spiraling ballad “Let It Loose.”

“This is the toughest one,” Wyoming says with his hand raised, gathering everyone’s attention in this dimly lighted West Bottoms rehearsal space. “We’re starting off with it, so we can have some fun later.” The announcement elicits laughs, but it’s followed with focused silence. That’s why 12 of the 24-plus people involved in the tribute project have gathered here on this deadly cold Monday night: to rehearse the Stones’ 1972 masterpiece, Exile on Main Street.

“Nothing is even about that one,” towering guitarist Chris Meck explains in a low voice. “There’s four bars of this and five bars of this, then two bars of something else.” Scene stalwart and multi-instrumentalist Amy Farrand chimes in: “A lot of it makes no sense,” she says. Despite the band’s frustration, the searching climb of guitar, bass, drums and choir sounds beautiful — but not quite transcendent.

It’s an anomaly in the rehearsal. So far, the musicians have had no problem tearing up the album’s dense stew of country, rock, gospel and blues. Meck does Keith Richards proud with “Happy.” Atlantic Fadeout’s Abigail Henderson, the Grisly Hand’s Lauren Krum, and Hearts of Darkness’ Erica Townsend and Rachel Christia nail ragged harmonies on the chorus of “Tumbling Dice.” Henderson follows with a gorgeous “Shine a Light,” as sweet a song as the Rolling Stones have ever been accused of delivering.

The compassion in Henderson’s voice erases the distance between the Stones’ losses — the death of original bandleader Brian Jones, the Altamont-concert murder — and the hard facts facing small-time musicians in a collapsing economy. Kansas City’s tribute to the album is made up of hardworking hands who build the local music community. There is a driving force at the heart of why Exile on Main Street matters to our music-scene veterans: It’s a work about finding hope in the vitality of the music, even when the world is full of despair.

“I was always a mega-Stones fan when I was a teenager,” event organizer Wyoming says. “Sticky Fingers and Let It Bleed were my records. But I never could get Exile on Main Street. One time, about 10 or 12 years ago, I really heard it. You don’t have to be rich and famous to understand what that record’s about — the excesses and the parasites, hangers-on and middlemen. It’s about the underbelly of rock. Being a white suburban kid, I don’t think I really understood the blues until I got older. But you lose people to the lifestyle — you lose each other to this ‘thing’ — and you begin to understand.”

The “thing,” as Wyoming refers to it, is apparent in Exile‘s legendary cover: Robert Frank’s photo of a tattoo-parlor wall, covered with black-and-whites of freaks and carnies mirrored by a back covered with band photos. In the second decade of rock and roll and the first decade of the “rock star,” the Stones were clearly questioning the world that they’d created for themselves. Just what was born from a career in social transgression? A freak show? Sure. But it’s more.

“It’s a celebration at the same time,” Wyoming says.

For all of Exile‘s reputation as an album about world-weary decadence, the real story is far more life-affirming and complex. That sense of celebration is evident in this West Bottoms rehearsal room. The orchestral funk of Hearts of Darkness grooves next to many of the mainstays of the Rural Grit scene, whose strum and twang lights next to members of garage-punk bands the Rich Boys, Pink Socks and Bleach Bloodz. The concert hall is here, too: Mark Lowrey, the jazz pianist who plays with just about everyone, including Barclay Martin and the McFadden Brothers, pounds his instrument next to sax player Rich Wheeler, who plays with experimental outfits such as the Peoples’ Liberation Big Band and Latino cornerstone Son Venezuela. The large core of Kansas City’s music scene is in this mix of 30-plus diverse acts.

The man with the connections, the vision and the dedication, Wyoming has played a crucial role in past tributes to Elvis Costello’s first three albums, David Bowie, the Velvet Underground and Pink Floyd’s The Wall. With local actor Ron McGee and Horsehead Productions, Wyoming has staged a number of dramatic readings and musical productions of famous films, ranging from the good (Young Frankenstein) to the bad (Road House) and the ugly (a whole series based around George Romero’s Night of the Living Dead).

Though Wyoming has played in tribute acts, including the Cure cover band Magfuckingnificent, he sees this project as something very different. “I simply like the idea of presenting an album as a piece of music, live,” Wyoming says. The concept is a trend, but the universality of Exile as a survivor’s suite for music vets makes it a distinct and fascinating idea. Rehearsals show that the event extends far beyond the conceptual.

The night will start with the grace and nuance of Erik Voeks playing Flowers-era Stones pop. Tony Ladesich and Kasey Rausch are set to offer a set of country-tinged songs from Beggar’s Banquet, Let It Bleed and Sticky Fingers that seem inspired by Gram Parsons’ relationship with the Stones. “We’ll be singing in a kind of Gram Parsons and Emmylou Harris duet style,” Ladesich explains.

But that comes later. Right now, in a dark corner of the industrial sprawl of Kansas City, the band is still trying to nail “Let It Loose.” Earlier performances with Wyoming on vocal duties were passable. But now opera singer Nathan Granner has arrived, and he has taken control at the mic. Moments ago, the Granner-led cover of “I Just Want to See His Face” became a visceral gospel testimonial — something even the Stones couldn’t hit so hard. Now, “Let It Loose” is becoming a late-Saturday-night song with all the conviction of a Sunday-morning revelation. Wyoming is conducting, bouncing up and down between Granner and the singers, frantically cueing everyone when the moment is right. When the song ends, folks smile at the minor miracle that has just happened, but they don’t linger. The band presses on.