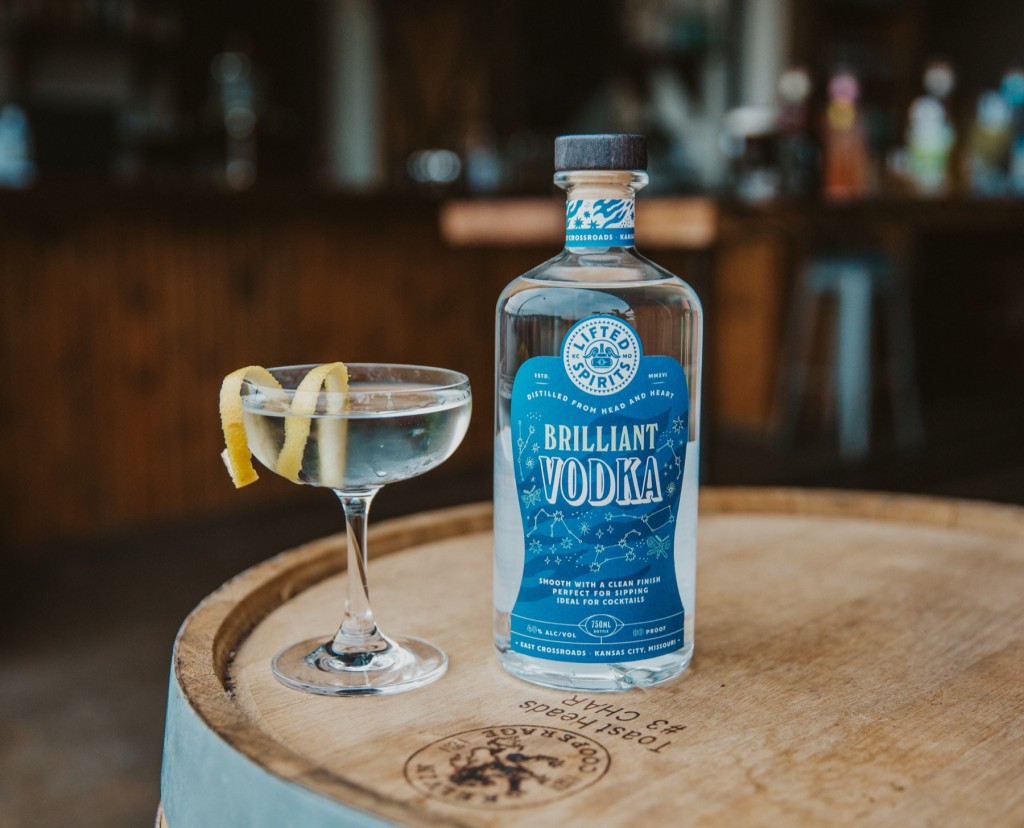 They say not to judge a book by its cover. That said, I buy most books based on their cover. I haven’t bought a cover-less book in my life, and in general, I like to know what I’m getting into. Plus, I arrange my books on the shelf by the color of the spine, so there’s a great deal that goes into the importance of said cover.

Booze selections are not different. As I walk the aisles of Mike’s or Gomer’s, the choice paralysis can become unbelievable. Especially when it comes to areas like craft beer, where I have a child’s grasp of what I’m looking at. Those purchases are often defined by the name on the label and/or pretty colors. Again, like a child. No apologies though.

Being one entry on a shelf amidst hundreds, the design of the label and presentation have to be top-notch, or else you aren’t going to compete. That’s why local distillery Lifted Spirits has sunk massive time into a complete rebrand of their products. 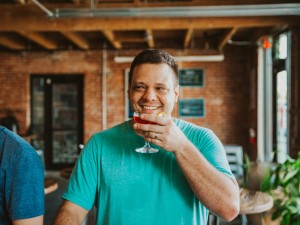 “This is our third, and final rebrand,” says master distiller Michael Stuckey. “At Lifted, we do things different than others in our field. We make these singularly evocative flavors and our processes yield exciting, fascinating products that help lay the groundwork for memorable life experiences. But we looked at our brand and realized we weren’t communicating that as best we could. We took time to look at who we are, as we’re coming of age, and decided there were better ways to define ourselves.”

Derrick Neuner, COO of Lifted Spirits, thinks the distillery does an exceptional job at converting non-gin drinkers to becoming gin fans, thanks to their one-of-a-kind process and the flavorful palette of gin options. He credits the Lifted Spirits dedication to experimentation with its ability to find new, original niches in the liquor market.

“Maybe we dated gin in college and it didn’t go so well,” Stuckey says. “But now we’re getting back together and we’ve both grown as people; this is healthier and better. This is about healing a divide; bridging gaps. That’s how we see the approach for newbies to gin.”

With the pride of their operation resting in dedication to pushing boundaries, the LS team believed that they could convert the company spirit to better reflect this whole concept into a way better transparent to possible customers. The bottle on a shelf, as aforementioned, could present the collective identity better.

Stuckey lays out the vision of Lifted Spirits in general as the sort of social lubricant to create important life experiences; memories that are unforgettable and inextricably tied to Spirits’ spirits and their ability to elevate a situation. As I speak to both men in the abandoned second floor “event space” of the distillery, amid a pandemic, I can reflect upon the number of life experiences I’ve had tied to specific sense memories around smells and flavors. It’s not hard to imagine how often this room has born witness to exactly the kind of easy-to-recall interpersonal adventures over the years.

“The problem was that we were telling you the end of the story,” Stuckey says.

The previous Lifted Spirits labels went out of their way to explain all of this to the perspective drinker. To explain the flavors they would be inevitably experiencing. To dictate how this was supposed to be the secret ingredient in a forever memory. Which is why said language has been stripped from the new designs.

“Without dictating the journey, we’re able to add the mystery back in,” Stuckey says.

For an exclusive first look at the new, streamlined designs, have a peek below. 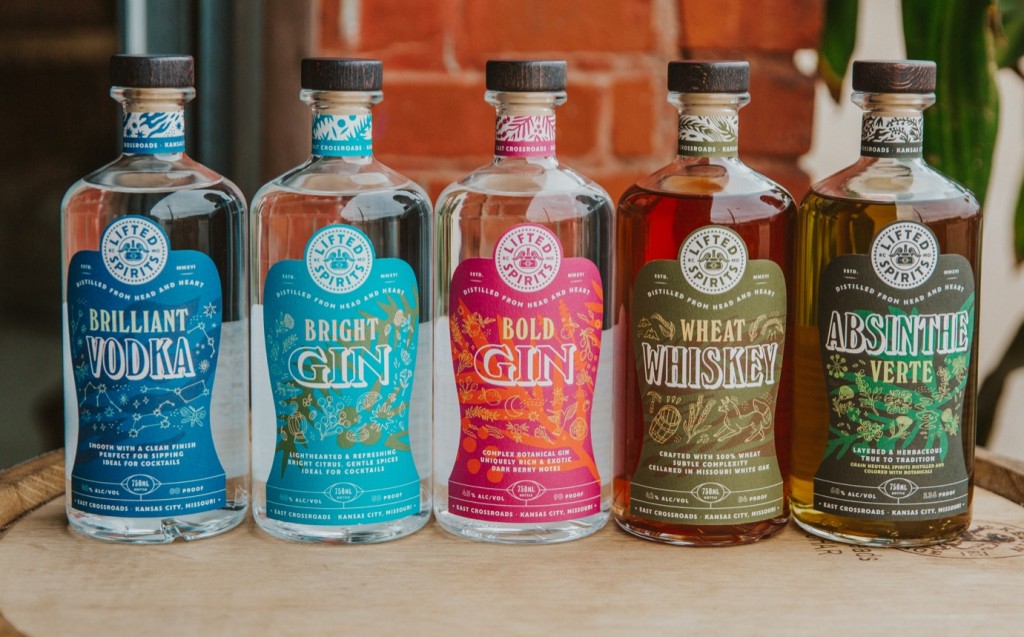 “We’re artists and bartenders at heart,” Stuckey says. “We’re about making magic. In the past, we seemed to take ourselves so seriously. Now we’re about the vastness of imagination, empowering communities, and following inspiration and wonder to where it leads. We’re casting off limits and pushing ourselves past the typical craft distillery offerings.”

There are release parties celebrating the rebrand coming up shortly if you’d like to join the community in celebrating this shift in local identity:

Drink this Now: the KC Box Car from the Stilwell