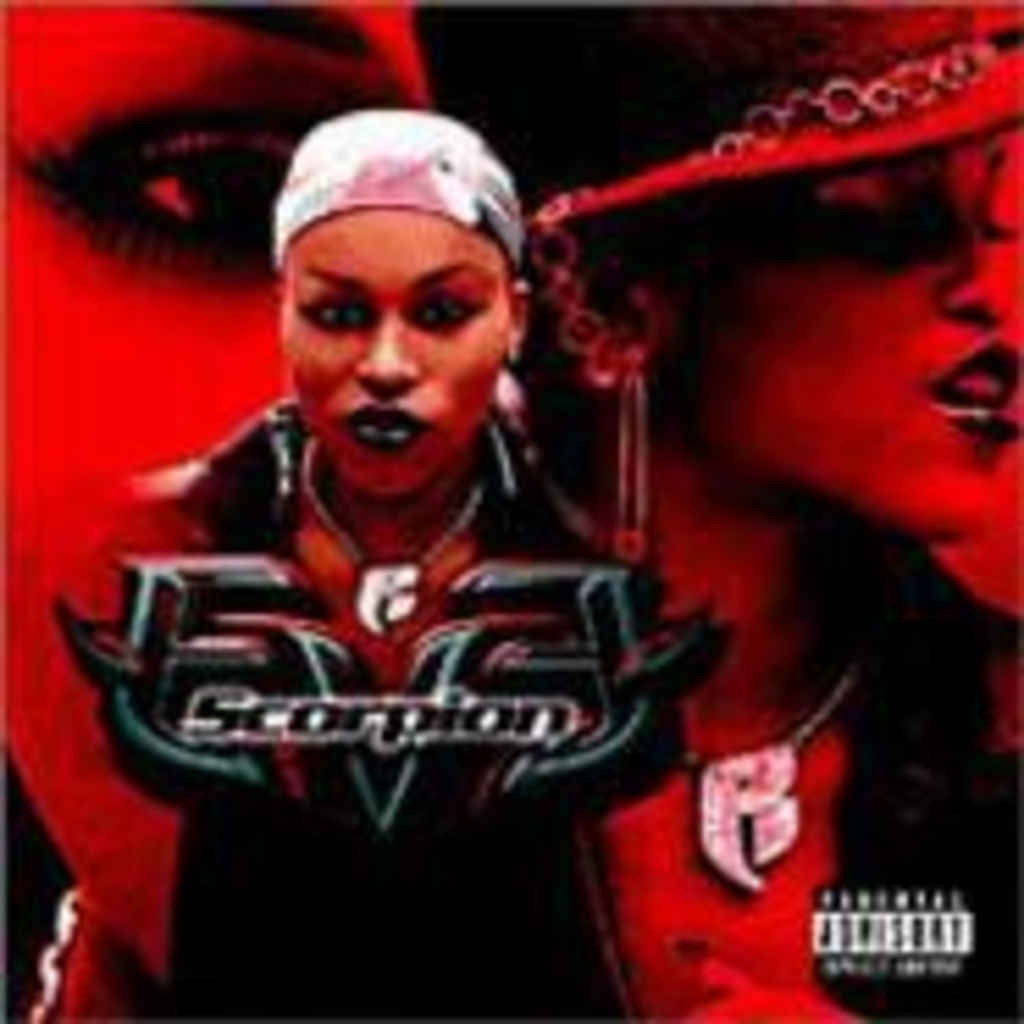 Albums such as Eric B. & Rakim’s Paid In Full, Public Enemy’s It Takes a Nation of Millions to Hold Us Back and Ice Cube’s Amerikkka’s Most Wanted inevitably emerge whenever hip-hop fans discuss the greatest rap albums ever made. Noticeably absent from any such debates are works by female artists (who, unfortunately, have made barely a blip on the mainstream radar during hip-hop’s twenty-plus years above ground). Very few albums created by women stand out as monumental works of art that helped elevate the genre. And no, Lauryn Hill’s walk through Stevie Wonder-land, The Miseducation of Lauryn Hill, is not a rap record.

Eve reigns supreme as hip-hop’s current queen. However, on the much-anticipated follow-up to her debut, Eve — Ruff Ryder’s First Lady, she proves that reports of her rhyming skills have been greatly exaggerated. Scorpion offers a few moments of brilliance, but Eve dooms the project by resorting to familiar material and relying too heavily on her Ruff Ryder family (DMX, Drag-On, The Lox and producer Swizz Beatz).

When Eve looks outside the Ryder clique for collaborations, the results are surprisingly solid. Dr. Dre, her mentor when she was known as Eve of Destruction, showcases his supreme producing skills on “Let Me Blow Your Mind” a head-bangin’ track that rides a twangy blues riff. The good doctor delivered Eve an ill track, and she pays him back by getting sick with her flow. No Doubt’s Gwen Stefani helps push this tune to near-classic status, demonstrating true chemistry with Eve that proves her appearance is more than the mere marketing ploy it would seem to be. Eve’s remake of Dawn Penn’s “No, No, No,” which features Stephen Marley, offers her the chance to sing over a reggae beat instead of spitting her trademark battle-cat rhymes.

Perhaps she should sing more often; she seems to be running low on ideas in the rhyme department. She addresses tired themes, returning to a dry well on tracks such as “You Had Me, You Lost Me” and “You Ain’t Gettin’ None.” And for all its undeniable appeal, “Who’s That Girl?” is an unnecessary “remember me” anthem, given that Eve hasn’t spent much time away from the spotlight. Even when running in place, Eve remains one of the top female rhyme-slayers, but Scorpion isn’t the landmark record that will get her name dropped in any future discussions of hip-hop indispensibles.