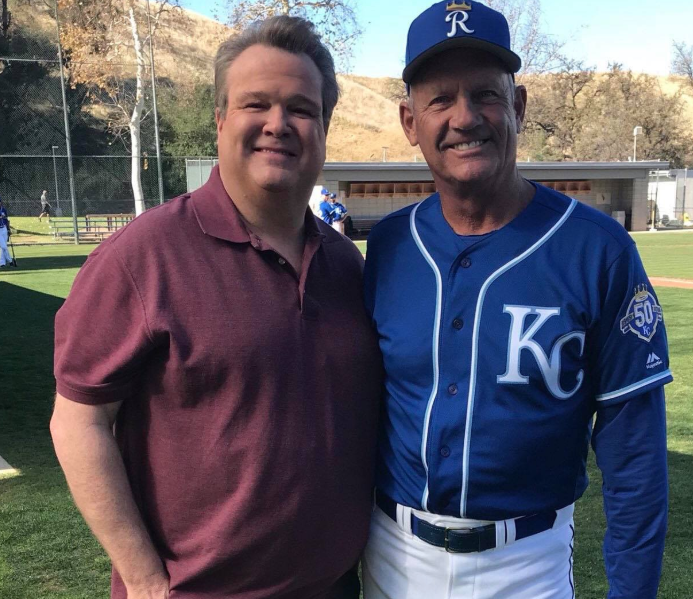 The sale of the Kansas City Royals was approved last week by Major League Baseball and finalized on Monday afternoon. Today, the team released details about the new ownership group. It contains many interesting local names—so many that the idea of ever moving the team away from KC now seems virtually impossible.

John Sherman, whose name emerged early on in this process as the potential new owner, will be the chairman and CEO of the new Royals ownership group.

Actor, KCK native, and Kansas State Univeristy grad Eric Stonestreet, best known for his work on Modern Family, is also on there. Here’s Stonestreet’s comments on becoming an owner of his hometown team.

Bill Gautreaux is, like Sherman, a former executive at Inergy. Gautreaxu’s name will be familiar to many in the local art scene; he’s perhaps the city’s most prolific collector.

Peter Mallouk, founder of the Overland Park wealth management firm Creative Planning, which now manages an astounding $42 billion in assets, will be a partial owner. 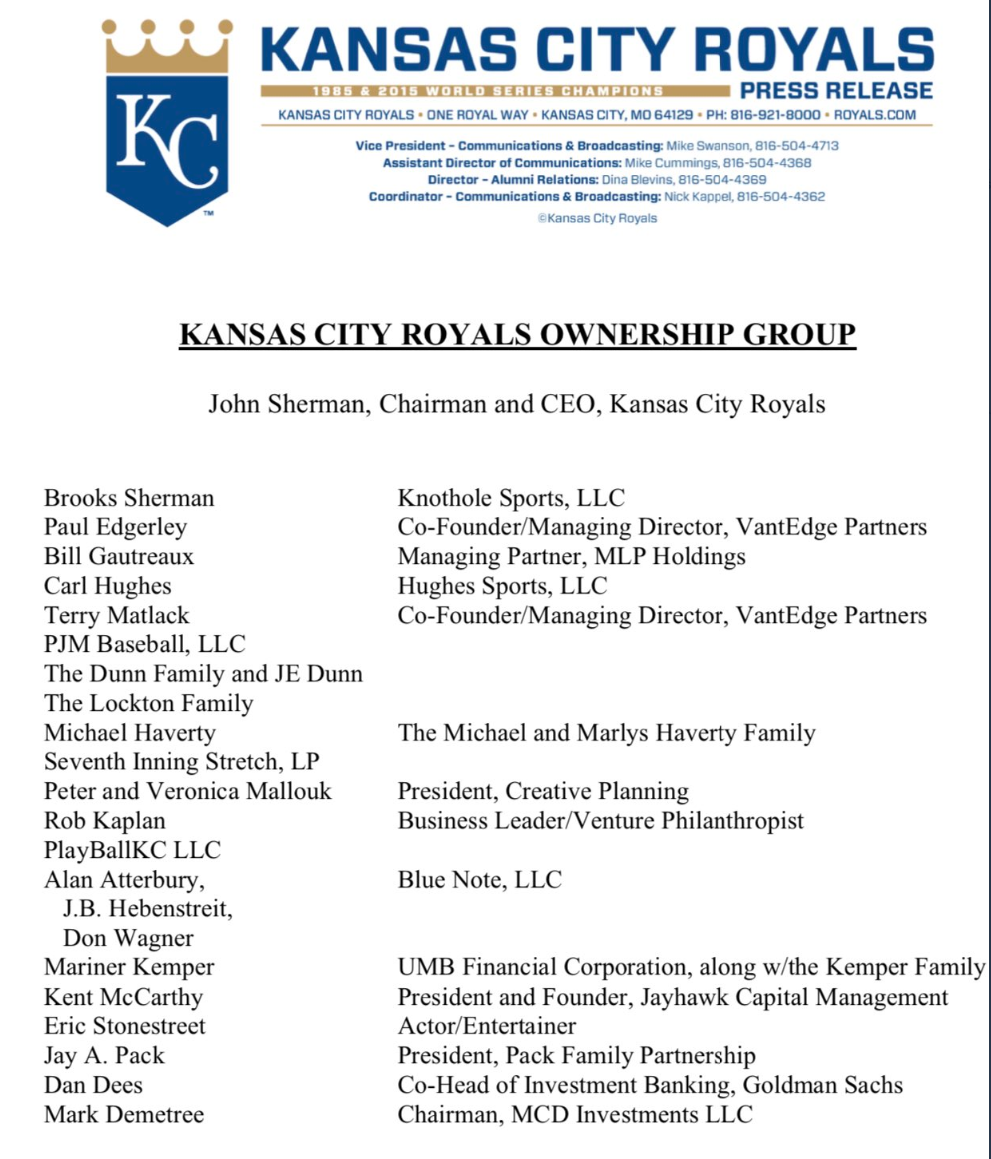