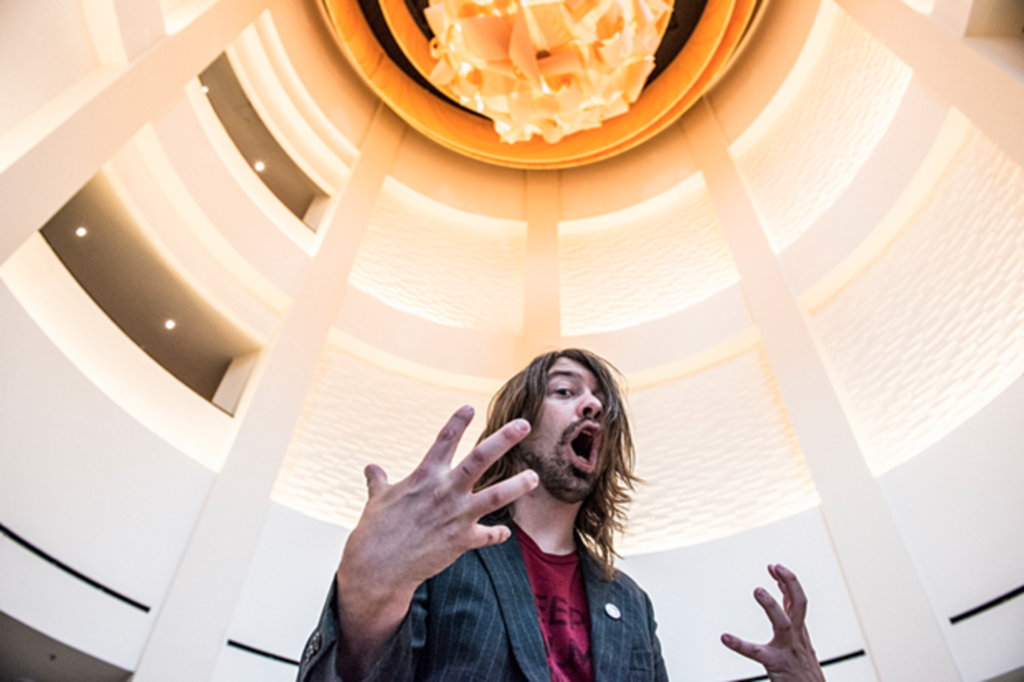 If you think air guitar is for nerds, that’s fine. Stay away from RecordBar Saturday night, when the 2015 U.S. Air Guitar Championship’s Kanas City qualifier takes place. The rest of us know the truth: Airness is real. Some people have it, and some don’t.

Saturday, we’ll watch as local air-guitar heroes and heroines shred their imaginary instruments in the hopes of qualifying for the regional competition. The 2013 Air Guitar World Champion, Eric “Mean” Melin, emcees the event. We chatted with him over the phone ahead of the show.

The Pitch: You were the 2013 World Air Guitar champion. What is your role now?

Melin: So right now, I’m ranked third in the world [of Air Guitar] and I have retired from competitive air guitar. I will be traveling to Finland this year to perform with the [all the ranked Air Guitar] winners to celebrate the 20th anniversary. So basically, I have switched from being part-time competitor and ambassador for Air Guitar to being a full-time ambassador.

Everyone performing on Saturday is hoping to go on to the semifinals, which takes place in Chicago. What does it take to be a competitor at the KC qualifier?

It used to be that if you got 20 people before the show happened to sign up, you were lucky, but this year we were sold out weeks in advance [for competing spots], which is great, because those 20 people are ready to go. They’ve been working on their routines, and they’ve been putting together a massive amount of hilarity just for the show. It used to be if you didn’t have 20 people signed up by the time the show started, you’d have to get people at the bar to compete, because you had to have 20 competitors.

In the entire nation, we’re got the only qualifier to sell out the 20 spots before the show. It’s nice to see this being embraced by Kansas City. We’re not as big as other places, but it’s off the charts here. Kansas City gets it, man!

What do you mean “sell out” the spots?

It’s a $15 entry fee to compete, and that goes to the money we pay out to first and second place, to get them to Chicago for the semifinals. We also pay a percentage to U.S. Air Guitar for licensing. This year, we’re actually going to take four competitors from KC to semifinals: We’re taking the top three, and usually the person who organizes the show automatically goes, but since that’s me and I’m retired and going to Chicago anyway, I gave my spot to the fourth place.

I was at the RecordBar event last year, and it was nuts. What do you recommend for anyone interested in attending, but new to the event?

We’ll sell out that night, so I recommend getting tickets early. There’s an early show at RecordBar before us, and it ends at 9 – when our doors open – and we go on at 9:30. So they have to clear out the show at 9, and then we have a half hour to get in and set up for our show, and there’s usually a huge line for us, and it gets kind of crazy – especially if you don’t already have a ticket, there’s no guarantee that you’ll get in. I would get  your ticket online or buy them at RecordBar without the service fee.

Tickets for Saturday’s event are here. Judges will be Alicia Solombrino of Beautiful Bodies, Afentra of the Buzz 96.5, and yours truly. Haters, stay home. For more info on U.S. Air Guitar, go here.