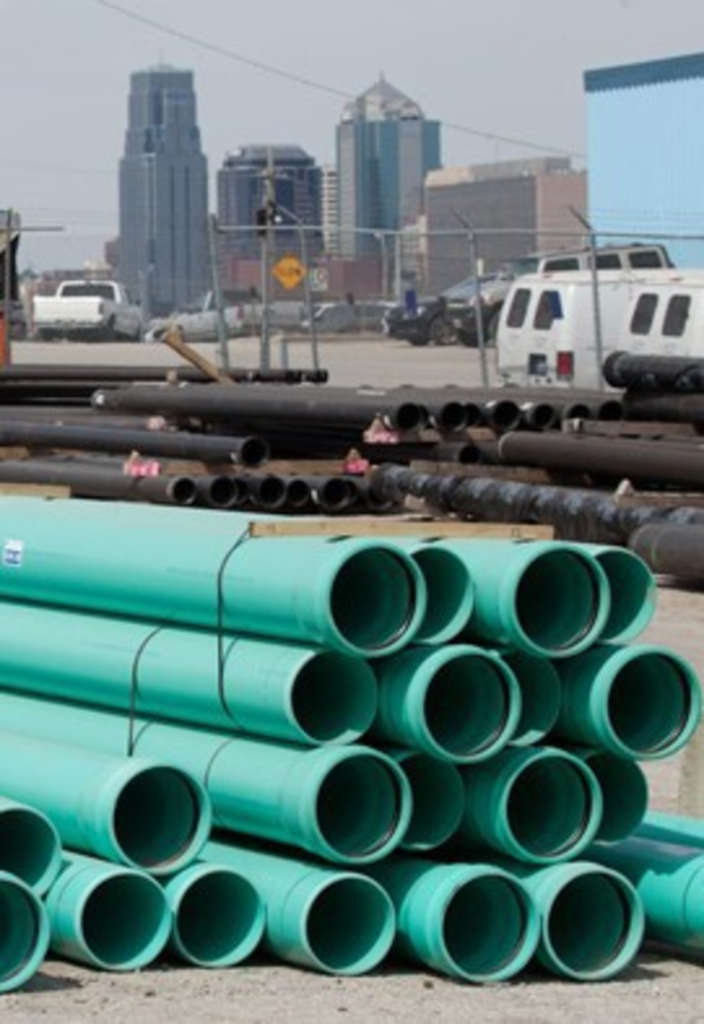 One of the less visible springtime elections is Kansas City’s request for voters to bless a $500 million water bond issuance. City Hall wants to sell the bonds to get cash for long-overdue water-line replacements.

Water lines are one of the city’s most neglected assets. They sprung upward of 1,200 leaks last year, owing to their age and slipshod installation decades (or in some cases, more than a century) ago.

Residents usually pass water and sewer bond issuances by hefty margins. And thus there’s usually little or nothing in the way of organized opposition.

But the April 8 election hasn’t gone unnoticed by some of the city’s biggest engineering firms and construction organizations. The Progress KC political action committee supporting approval of the $500 million water bonds received $52,000 from January 1 to March 27.

Among the big spenders:

All of these companies get contracts from City Hall, some specifically for water-related work. Haines & Associates last year got a $4.26 million contract to replace a water main. The Kansas City Water Services Department awarded a $381,000 contract in 2013 to haul sludge. Black & Veatch, Burns & McDonnell and JE Dunn get water and construction contracts from City Hall all the time.

On March 31, several other construction-related interests chipped $15,000 into Progress KC’s coffers, including:

Kansas City residents pay monthly bills (it used to be every other month) for water and sewer services in the same billing statement. Those bills, not an increase in taxes, provide the revenue through which the bonds get repaid. It doesn’t take an astute resident to notice the bills have been going up; the average bill is now $84.

Pro-bond campaigners say that if voters turn down the bond issuance, their water rates will go up even faster. Water rates are approaching the last year of a 5-year cycle of annual 10 percent increases. After that, they’re expected to increase about 2 percent-3 percent in accordance with inflation and the consumer price index. But sewer rates will keep going up in the 10 percent-15 percent range yearly, even if the water bonds pass.

A City Council committee on Thursday approved spending $23 million on replacing water and sewer lines under Main Street where the streetcar line is under construction downtown. Conspiracy theories bubbled up that the city was pilfering the water and sewer bond accounts to pay for direct streetcar costs, kind of like how the city directed Public Improvement Advisory Committee dollars to the transit effort. But city officials say the expenditures will pay only for work on those pipes while the streets are torn up to lay streetcar tracks.