The studio’s 60th animated feature brings heart and authenticity to a smaller story. 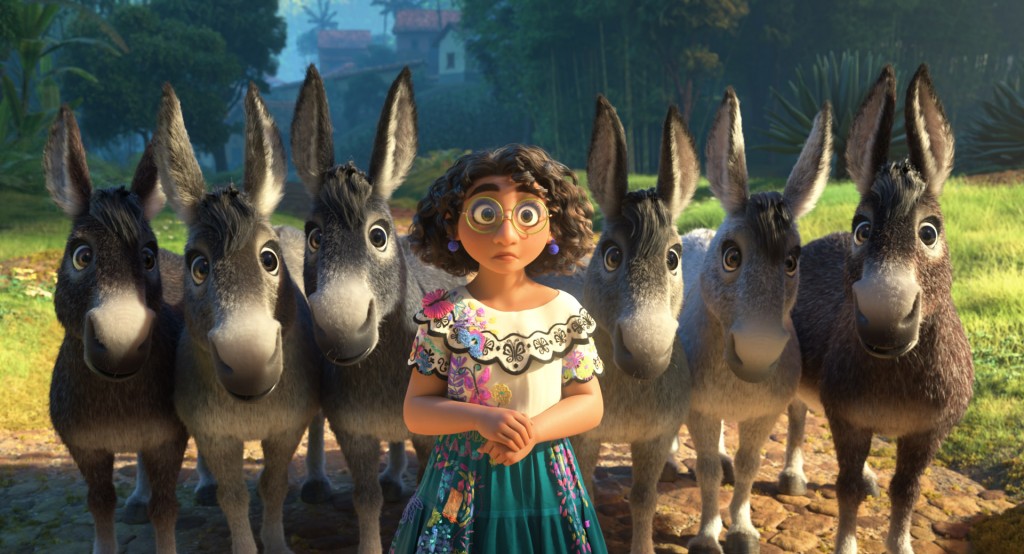 The magical Madrigal family have enriched and protected the lives of citizens in their small Colombian mountain village for half a century. No one knows why the family’s legacy of special gifts began, but one day when everything seemed darkest for Abuela Alma (Maria Cecilia Botero), a candle burned brighter than ever. Now whenever a Madrigal comes of age, the candle and the magical house they reside in, grants a “miracle” to the child, ensuring they can help the sleepy town prosper, in their own special way.

Luisa (Jessica Darrow) has super strength and can fix leaning houses and lift bridges with ease. Isabela (Diane Guerrero) sprouts roses and flowers anywhere she is adored. Matriarch Julieta (Angie Cepeda) can heal any ailment or injury with her cooking. Out of all the Madrigals, only Tio Bruno (John Leguizamo) has abandoned his familial post, with his power of prophecy revealing itself to be more a curse than a blessing.

Mirabel (Stephanie Beatriz), however, is a rare ungifted Madrigal. Undeterred by her “black sheep” status, Mirabel gets by helping in her own way through a bond with the family’s sentient (but non-verbal) home. She’s also close with her nephew Antonio (Ravi Cabot-Conyers). On the night Antonio is set to receive his gift, the house starts to show signs of strain. Fearing the magic that has sustained the family for so long is in danger and wanting to prove her worth once and for all, Mirabel sets out to save the day. 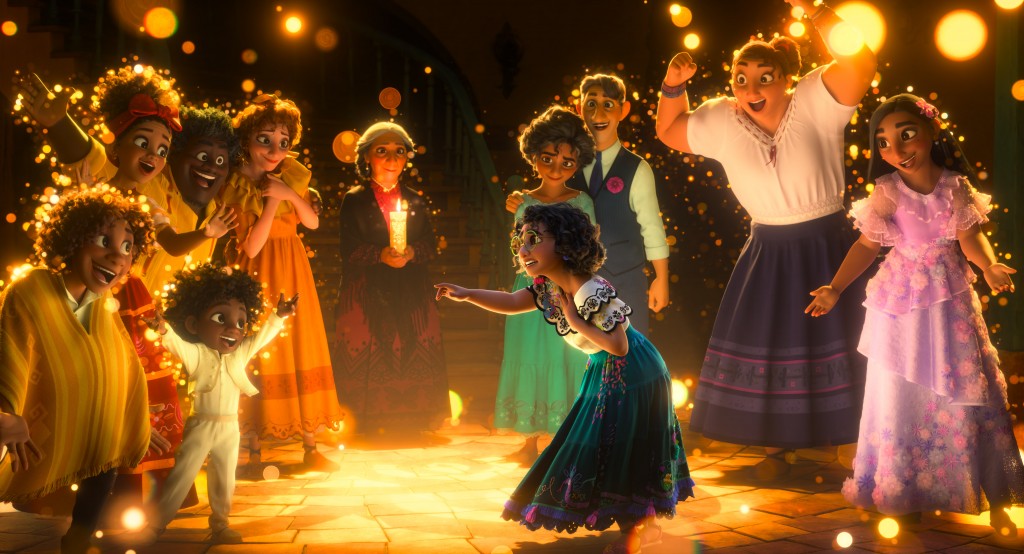 Encanto is an absolute joy, with stunning colors that leap off the screen. Character designs are inspired, combining a variety of styles, sizes, and shades to give the town a distinctly unique atmosphere. There’s a surprise around every corner, even though the setting never really leaves the town. The interior of the Madrigal home is key to this, with each room having TARDIS-like “bigger on the inside” properties. The same goes for the crawl spaces between the rooms, which make the “Cave of Wonders” in Aladdin appear like a New York studio apartment.

Over their last several outings, Disney (and by extension, Pixar) have made a concerted effort to make more diverse stories. They’ve done so mostly by cashing in on tried-and-true old techniques, epic journeys laden with mythical creatures or animal avatars to distract the kids from overt social commentary.

Here the journey is more insular. Fantastical elements pop up but opt for magical realism rather than fairy tale flourishes. This allows the focus to be placed strictly in the Madrigal family unit and the various pressures that come from carrying the weight and expectations of an entire town on their back.

Miranda’s contributions help Encanto truly blossom, not only through his songwriting, but his upgrade to full story credit. As integral as songs have been to the Disney DNA, Miranda plays with their form and expected flow.

These aren’t your typical Disney ditties. Instead, they’re injected with a theatricality that makes them come off as grander in execution. “The Family Madrigal” and “All of You” incorporate dialogue. “Surface Pressure” is a delightful banger that has all of Miranda’s hallmarks, including a refrain that may be the earworm of the year.

It all culminates in a transcendent moment that solidifies Encanto as an instant classic. Near the end of the film’s natural climax, we get a song entirely in Spanish that communicates the film’s single most important emotional beat. It’s a gamble that works amazingly well. Like everything else here it’s able to distill the grand gestures of past Disney films into something small and exceptionally moving.

At its core, this movie holds those old Disney tenets close while casting them in a new light. By elevating and evolving tired tropes, it tells a more intimate story of familial strife and purpose. Encanto boldly paves the way for the mouse house to tell exciting and moving new tales for generations to come.

Simply put, this is why families go to the cinema. 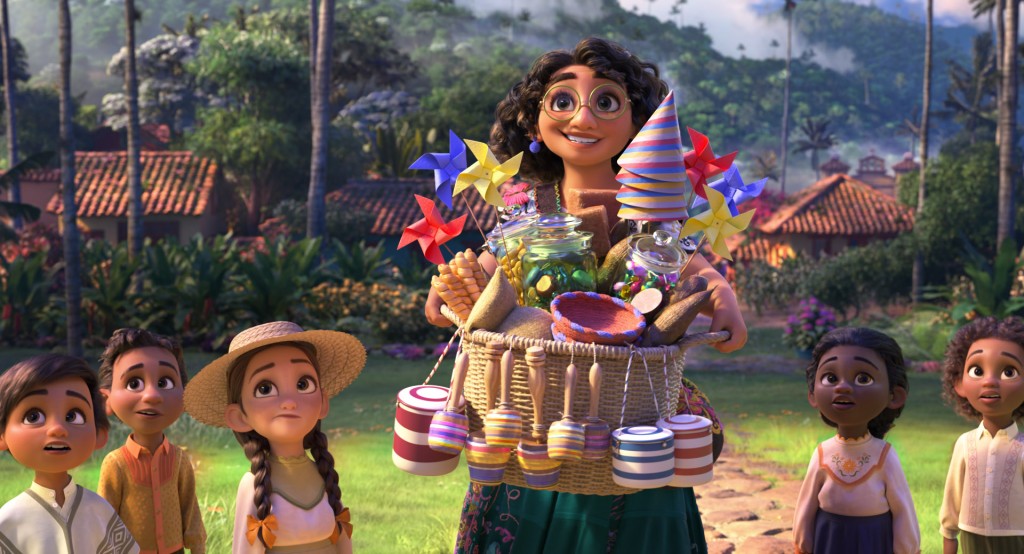