Emotional Creature, at Spinning Tree Theatre, is a syrupy kind of sincere 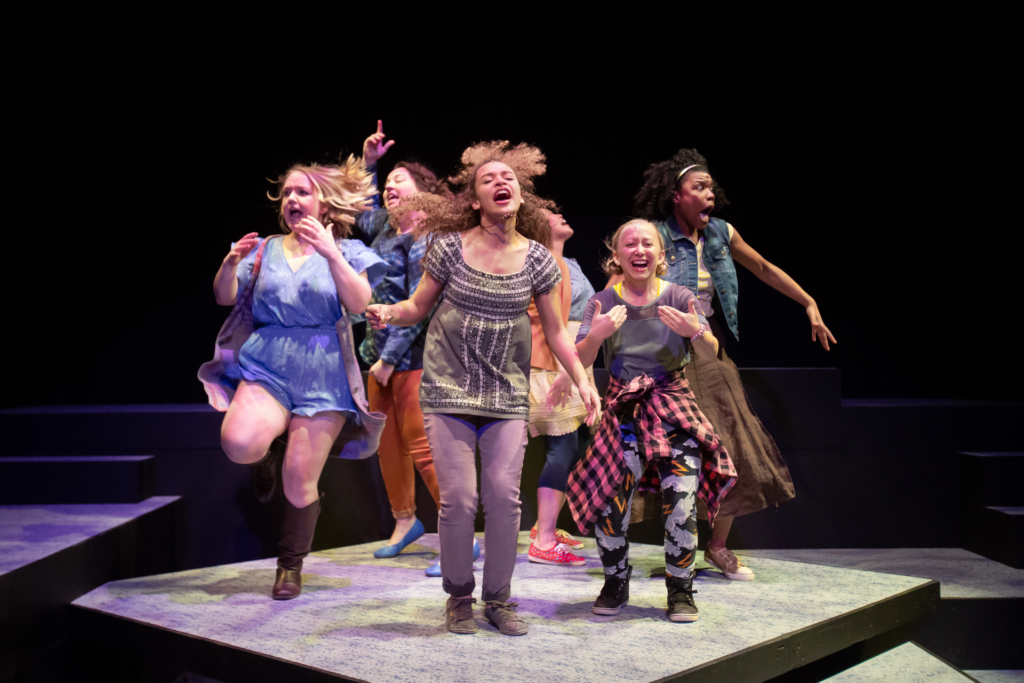 If you’re not a dessicated husk of a woman like me, you may enjoy Emotional Creature, Eve Ensler’s multi-genre ode to global girlhood now playing at Spinning Tree Theatre. Subtitled “The Secret Life of Girls around the World,” the play offers snapshots of teenage girls from Bulgaria to Tanzania to America through poems, songs, and monologues.

But the play falls flat in its musical affectations. Emotional Creature is a syrupy kind of sincere, which has nothing to do with Spinning Tree’s cast (energetic and easy to root for) and everything to do with a script that makes them sing lines such as It suddenly turned so dark / It’s Antarctica in my heart and Want to walk next to you in the mountains / Not just poke you on Facebook, Facebook with deep feeling.

It’s hard to follow a stomach-churning monologue about an Iranian girl forced into a nose job (performed by the engrossing Madeline Campbell) with show-choir choreography. It’s harder, still, when that choreography looks stiff and unnatural in the actors’ bodies. 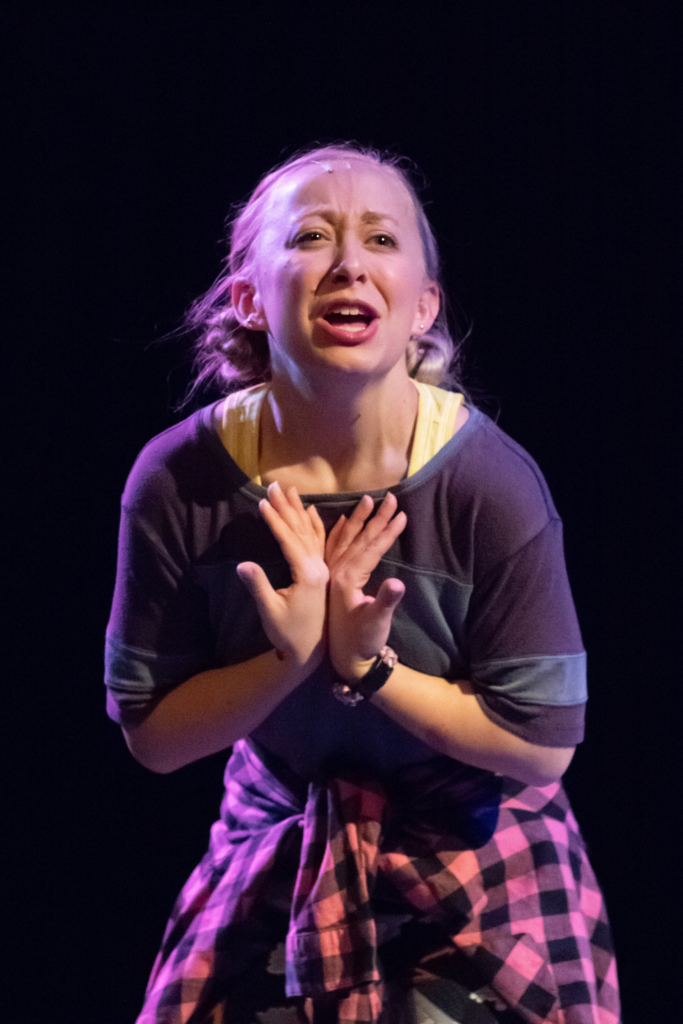 Even so, the cast almost pulls it off. Deanna Mazdra’s monologue about a teen desperate to fit in with the popular crowd is a surprising highlight. The scene might seem trivial against the backdrop of more serious problems — genital mutilation, sex slavery — but Mazdra’s vulnerability allows her to build to an authentic, wounded cry of desperation.

Mikala Sullivan’s portrayal of a Congolese woman listing the “rules” for enduring sexual slavery is measured and compelling. Ditto Ai Vy Bui’s performance as a factory worker in China who makes Barbie doll heads, or Emily Vargo’s monologue about a girl who finds an explosive way to free herself from her parents’ expectations.

For a play that includes a panoply of global and marginalized voices, the omission of trans women seems conspicuous (though this is perhaps unsurprising, given that Ensler’s best-known play, The Vagina Monologues, has gender essentialism baked into the cake). And the bouncy tunes (music by Charl-Johan Lingenfelder) ring false, flattening these characters’ disparate circumstances and challenges into pat grrl-power anthems.

That said, younger, less cynical girls might appreciate the pep-rally treatment. And if nothing else, the play is worth seeing for Allison Jones, who injects star power into whatever she touches. Cast her in everything.