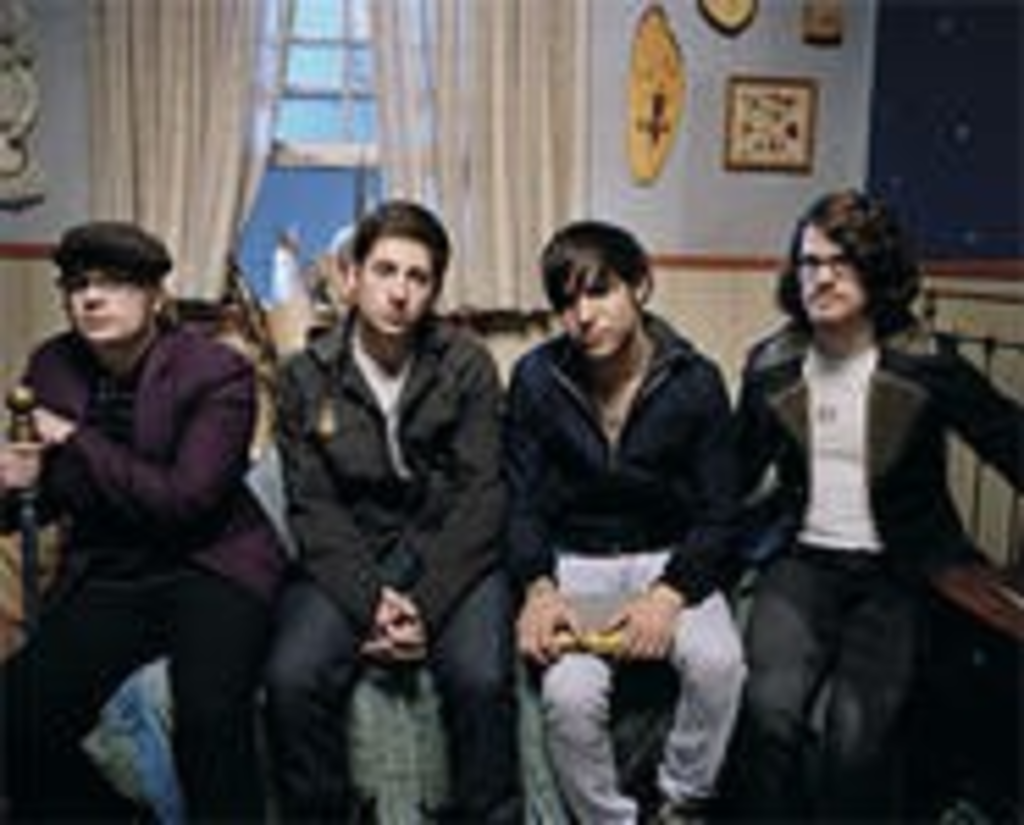 There is no better way to dismissively sum up a rock band than by labeling it “emo.”

This has worked for the past six or seven years. The problem arises with the few exceptions to the rule.

Green Day, for example, became full-blown “modern rock” after American Idiot. Last year, My Chemical Romance was elevated to “that emo band that made the great concept rock album” with The Black Parade. This spring, Fall Out Boy has become “that emo band that’s cool to like” with Infinity on High.

This is probably why Fall Out Boy’s bassist and de facto face man, Pete Wentz, says of his band’s new album, “I wanted it to be more than about eyeliner or our haircuts.”

Video of “This Ain’t a Scene, It’s an Arms Race” from Infinity on High (Island):

After all, following up a debut such as From Under the Cork Tree — which propelled his band into the buzz stratosphere and made it an MTV darling — comes with plenty of risks. Especially for Wentz, who, as the band’s sole lyricist, was largely responsible for establishing the tone of what would come next.

“I didn’t want to rewrite the last album, especially lyricwise,” he tells the Pitch. “For me, personally, over the last year there were a lot of things I was quoted as saying. Either it didn’t come out of my mouth right or I was paraphrased or I said things this way when I should’ve said them this way. This record, on a lot of songs, allowed me to respond to that.”

Singer Patrick Stump — who tends to shun the spotlight Wentz embraces — admits that the new album contains some attacks against critics and copycats, and he admits to enjoying that, but he was more focused on averting the sophomore curse when his band hit the studio.

“Your second album really defines a career,” Wentz tells the Pitch. “You can either try to recapture the success of the first one using formulas and contrivances when, on the first one, you probably didn’t do much contriving at all … or you can realize you can be on the cover of Rolling Stone one minute and totally fall off the face of the planet the next. In 20 years, there’s a good chance the only person who’s going to be listening to your album is you.” He laughs at that. “I worried about that audience.”

But by creating an album the band believed in, despite concerns that fans may not be able to relate to the subject matter, Fall Out Boy scored a commercial hit and, astonishingly enough, a critical success. New Yorker pop critic Sasha Frere-Jones called it “deeply pleasurable,” among other things; Entertainment Weekly and the Onion A.V. Club each gave it a B plus.

“I was, more than anything, surprised,” Stump says. “I had less than no expectations of ever getting a good critical review.”