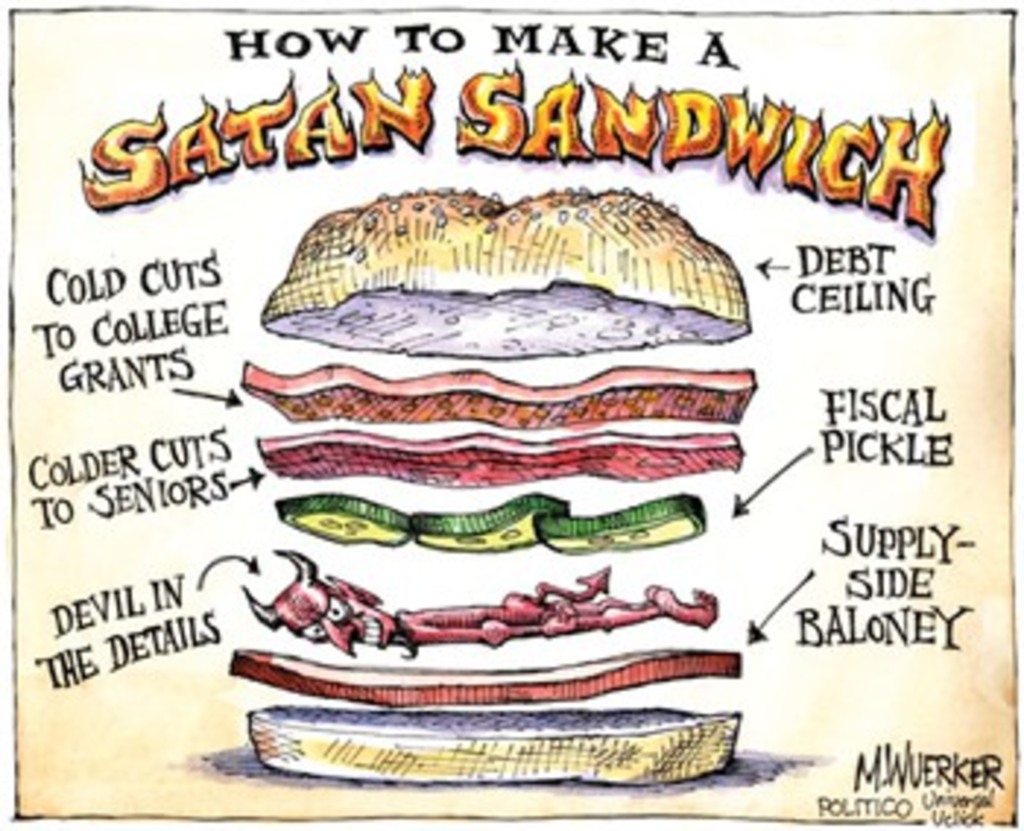 Congressman Emanuel Cleaver really must think he has hit on something special with his “sugarcoated Satan sandwich” reference to the debt ceiling deal. Cleaver, in his e-newsletter, writes that he “will call a Satan Sandwich like I see it, but I will never call another person by that name.” Thanks for the clarification. He also says Matt Wuerker’s cartoon for Politico (seen on the right) “says it better than I could.” That didn’t stop Cleaver from trying to explain away.

“This debt deal was a terrible deal, without balance or real compromise,” Cleaver wrote. “Democrats got nothing in this deal, but what truly troubles me is that the American people got less than nothing. I still believe that the budget of the United States is a moral document; it should reflect our commitment to protect the poor and the middle-class, defend our commitments to seniors, and make wise investments to create good jobs and strengthen our economy.”