Last night, in front of a sold-out, packed-to-the-rafters Sprint Center audience of nearly 17,000, Elton John sparkled. Quite literally: the 71-year-old superstar entertainer has never met a sequin or crystal he didn’t like. But his talent as songwriter and piano man shone most brightly, through a set that spanned nearly three hours.

There were no opening acts. John arrived onstage just after 8 p.m., soaking in the rapturous reception of the crowd. The hit parade ensued: “Bennie and the Jets,” “I Guess That’s Why They Call it the Blues,” “Tiny Dancer,” “Rocket Man” — the latter with John’s vocals drenched in reverb as guitars signaled the ascent into space.

The show was part of John’s three-year farewell jaunt, the Farewell Yellow Brick Road Tour — after which, he explained, he is dedicating himself to time with his family. His final shows feature his full band, several members of which have been with him since he began his career in the early 1970s, including drummer Nigel Olsson, musical director Davey Johnstone, and percussionist Ray Cooper. The band thoroughly impressed throughout the evening, with John graciously acknowledging their and writing partner Bernie Taupin’s contributions to his music. 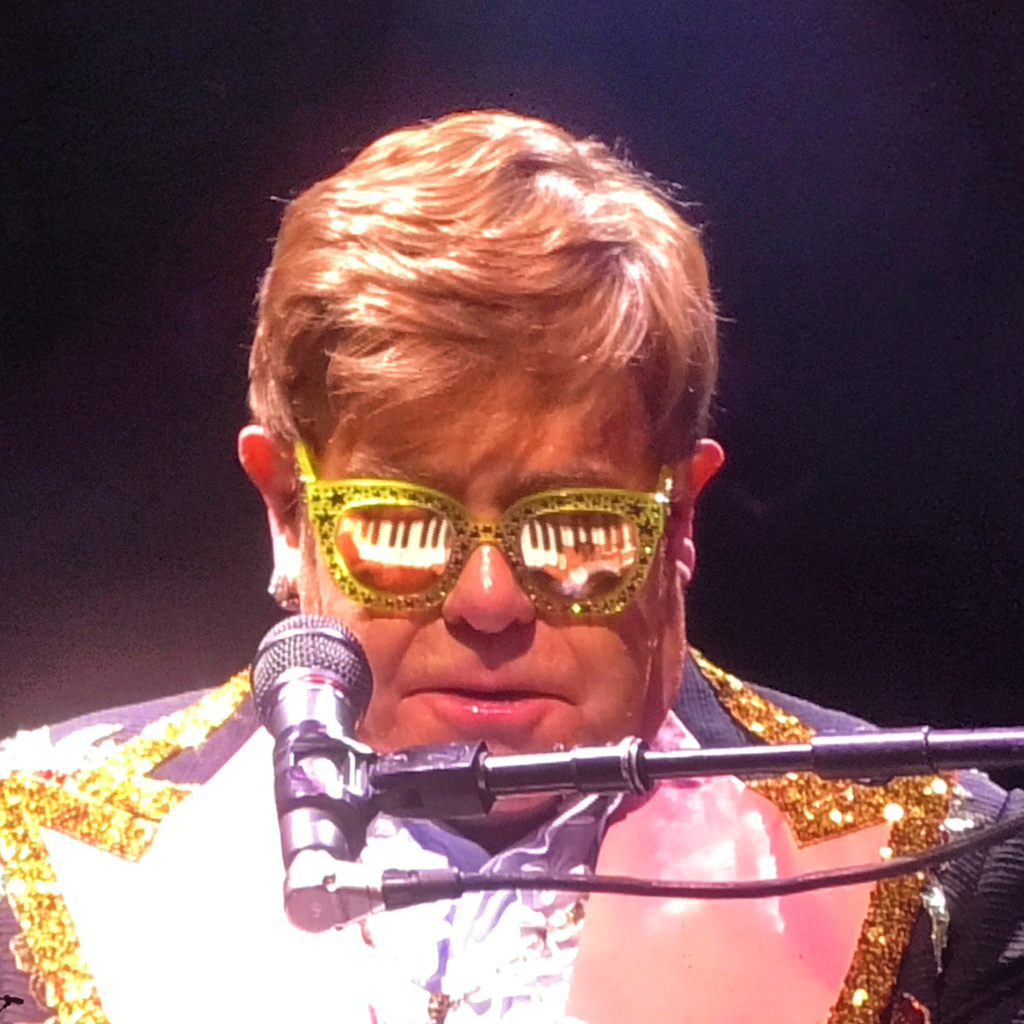 John’s stage setup was vast, framed in a “yellow brick road” motif that nodded to the highlights of his career: The Lion King, Billy Elliott, Soul Train, designer eyewear, and more. A floor-to-rafters LCD screen alternated between live footage of the concert and custom video designed to reflect the music. During “The Bitch is Back,” for example, drag queens sparred behind John before launching themselves into a swimming pool. Intimate footage of Marilyn Monroe, alternately vampy and tragic, played during “Candle in the Wind.”

A live Elton John performance will remind you not only about what a hitmaker he has been over the course of his career, but also what a pure talent he is behind a piano. On “Levon,” which has become a jam number, John’s hands noodled and pounded the keys at full volume before he turned the song over to Ray Cooper for a surprisingly energetic bongo pop-off. John’s voice, too, is still resonant. While he doesn’t reach for tinny highs the way he may have in 1970, his voice is faithful and full-throated. Not to be one of those people who says he’s great for his age, but: really, he is remarkable considering his age. 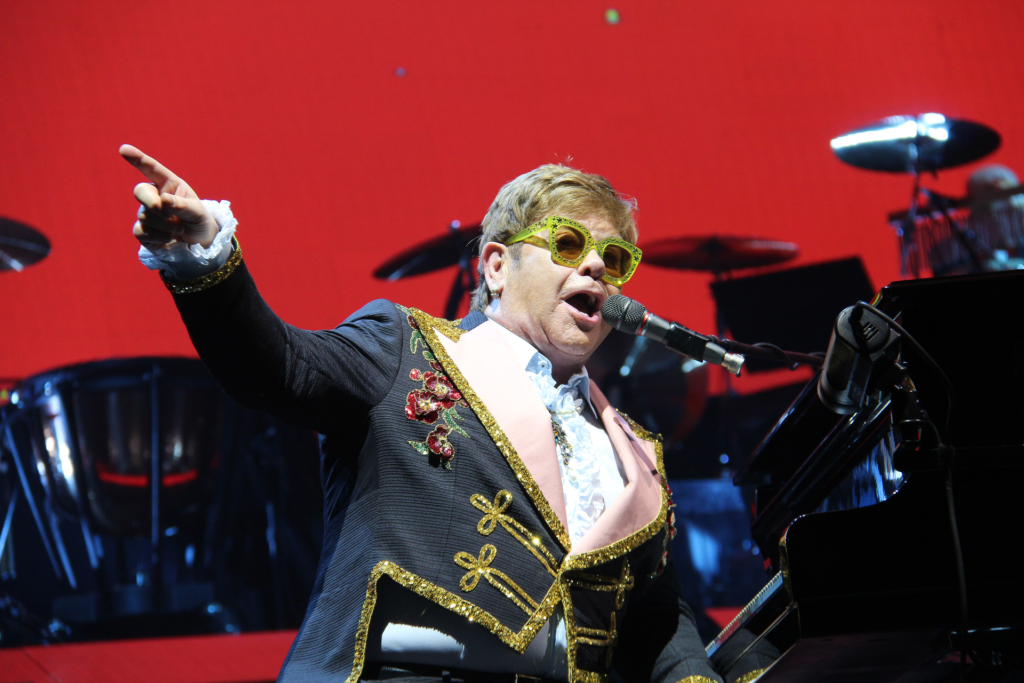 After “Daniel,” John noted how, in 1990, three words changed his life. Many in the crowd seemed to expect those words to be I am gay. Instead, he said the words were I need help. He spoke of how sobriety changed his life for the better, then acknowledged what is likely the most significant contribution in a life of big gives: $400 million raised for the Elton John AIDS foundation, and how now there is no reason that people with the disease cannot be expected to live full lives.

“I never guessed we would come so far,” he humbly noted.

John left the crowd with some of his best tunes. “Saturday Night’s Alright for Fighting” — complemented by footage of John’s best costumes throughout his career — had fists pumping; confetti blasted, showering the floor crowd. He closed with “Your Song,” and, appropriately, “Goodbye Yellow Brick Road.”

“I’ve had enough applause to last me many lifetimes,” he said. “But now is is time for me to dedicate my time to those beautiful boys.” He thanked the audience, and even the country, for giving him so much.

Early in the show, John took time to celebrate Aretha Franklin, who had recorded a version of “Border Song” before even he had a chance to. Of Franklin’s talent and presence, he gushed: “You’ll never see anything like that again.” The same can well be said of Elton John. If this truly was the last time, it was a perfect goodbye.

Bennie and the Jets

I Guess That’s Why They Call It the Blues

Take Me to the Pilot

Someone Saved My Life Tonight

Candle in the Wind

Funeral for a Friend/Love Lies Bleeding

Burn Down the Mission

Sad Songs (Say So Much)

Don’t Let the Sun Go Down on Me

The Bitch Is Back