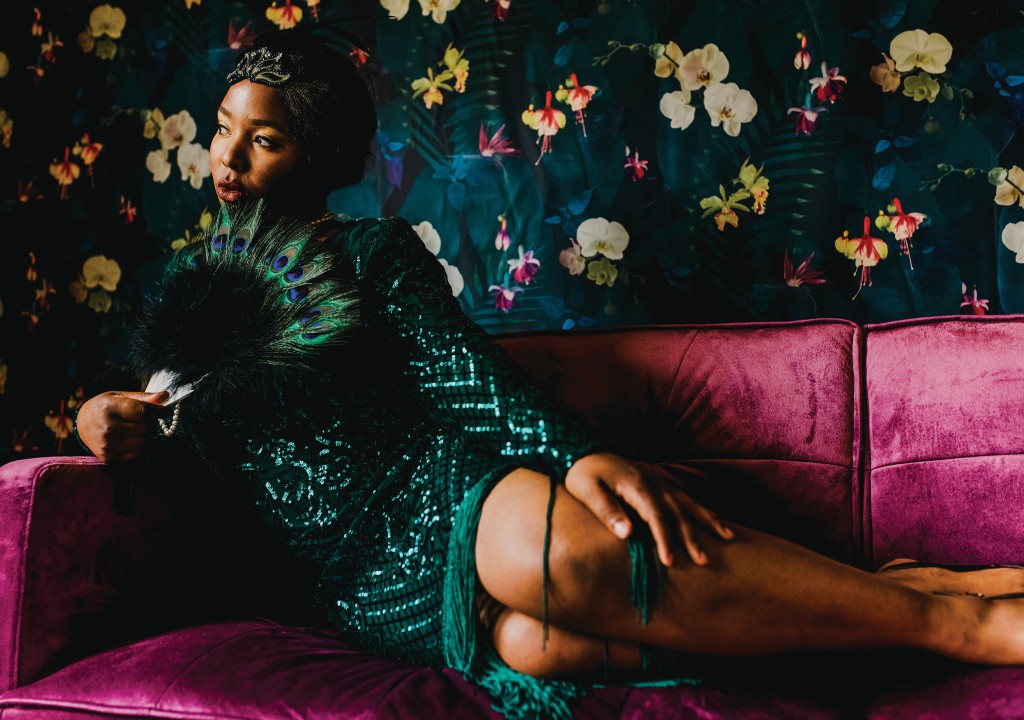 Kansas City has another feather in its cap: one of our own has become the first Black author for Harlequin Historical’s line of romance novels.

While Harlequin has published Black authors’ contemporary stories over the years, the Historical series has been the province of white authors since it launched in 1988. 1,604 paperbacks later, Harlequin published A Blues Singer to Redeem Him by Elle Jackson, the pen name of Dana Jackson, in August of this year.

Jackson, from Kansas City, KS never expected to be the first Black person writing for this series.

As a kid who loved to read, Jackson discovered that there weren’t many stories with people who looked like her, who shared her experiences.

“That was one of the main reasons I wanted to become a writer,” she says. “I was determined that I was going to add to the diversity in literature.”

And now she has contributed to the massively-read Harlequin imprint with A Blues Singer to Redeem Him, a love story set in Kansas City in the 1920s. The novel features a Black female blues singer who survived the Tulsa Massacre and an Italian man from a mob family who owns a club.

Jackson was inspired to write about Prohibition-era Kansas City after a tour at Tom’s Town Distilling Co. where they discussed the history of that time. As she researched, she learned about the Tulsa Race Massacre that happened in 1921, during which white people burned, bombed, and massacred Black folks in the affluent Greenwood District.

“It was kind of a shock to my system, honestly, to learn about the Tulsa Massacre as an adult,” says Jackson.

Many people remain unaware of this violent act of white supremacy, thanks to its exclusion from school syllabi. One hundred years after the massacre, it remains just like Jackson’s character Evelyn says in the book: “It’s like it never happened. No one was ever prosecuted for the murders or the destruction. The papers reported on it only briefly, and then nothing. It’s like Greenwood never existed—like we never existed.” 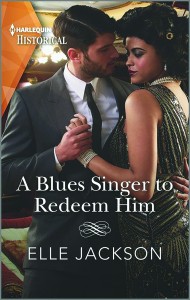 The cover of A Blues Singer to Redeem Him

Jackson seeks to honor the survivors by representing their stories in fiction. To tell their stories appropriately, you can’t leave out the violence. While this book still gives us the feel-good finale guaranteed by happy-ending assured (or HEA) romance novels, the violence, fear, and trauma that the book deals with sets it apart from your average fluffy romance.

The book opens during the Tulsa Massacre, and the first sentence gets right to it: “Evelyn Laroque had never smelled human flesh burn.” Jackson isn’t exploring sweet, simple love connections free from the obstacles of real life. She embraces telling the story of the very real violence that Black folks faced in the 1920s—and in many ways, continue to face today.

“My editor did push back on how violent my book was, so I had to take some of that out,” says Jackson. “So what’s left is actually a tame version of what I initially wrote. People are like, ‘Elle Jackson doesn’t shy away from the horror of that time,’ and I think that’s funny—like y’all shoulda read the earlier version.” [Spoilers are coming!]

In the face of violence, the book’s heroine stands strong. When she is kidnapped by Klansmen and faces the possibility of rape, “She grabbed at the knife strapped to her thigh … She would fight, and they would be forced to kill her. That would be an admirable death.”

While the book’s hero, Lorenzo, has some patriarchal inclinations towards saving and protecting Evelyn, she makes it clear she does not need him to do so. When Lorenzo tries to make decisions for her, she says, “I’m just tired of men who think they can dictate what I should and shouldn’t do.”

Evelyn is a survivor who is empowered by taking care of herself and finally finding the pleasure and safety that she deserves.

Trauma can alter one’s sense of safety with others when what can be most healing is a connection with others. Feeling safe with someone in the aftermath of a traumatic event is a powerful feeling. Jackson touches on that.

“When [Evelyn] did allow herself to care for someone—which was extremely hard to do given what had happened to her friends and family in Greenwood—she couldn’t just pretend that there was nothing between them.”

While she struggles with how to handle her growing feelings for Lorenzo, Evelyn also embraces opportunities for pleasure with open arms.

“It didn’t have to mean anything,” A Blues Singer reads. “She was grown, and she could have fun with a nice man without it having to mean anything. She hated how women had this unrealistic expectation of being prudish. Marrying wasn’t something she ever wanted. She just wanted to be able to take care of her grandmother and sing.”

To see Evelyn pursue pleasure, joy, and care feels powerful as we live in a society that judges and scolds Black women for enjoying themselves and their lives. After a sexual encounter between Evelyn and Lorenzo, the novel reads, “After all life had thrown at her, she deserved to have this pleasure.”

Still, there were significant obstacles facing Evelyn and Lorenzo’s love; at that time, miscegenation—or interracial relationships—were illegal in the United States. The consequences for breaking anti-miscegenation laws were more severe for Evelyn as a Black woman than Lorenzo, a white man. Evelyn’s grandmother even warns Lorenzo of how dangerous it is to be in an interracial relationship.

“[Evelyn] wished there was a world where they could have feelings for each other and not be committing a crime,” the novel reads. “Evelyn needed to be a rule-follower. Most of the time her life depended on her doing the right thing and not being caught in situations where she might be accused of a crime.” 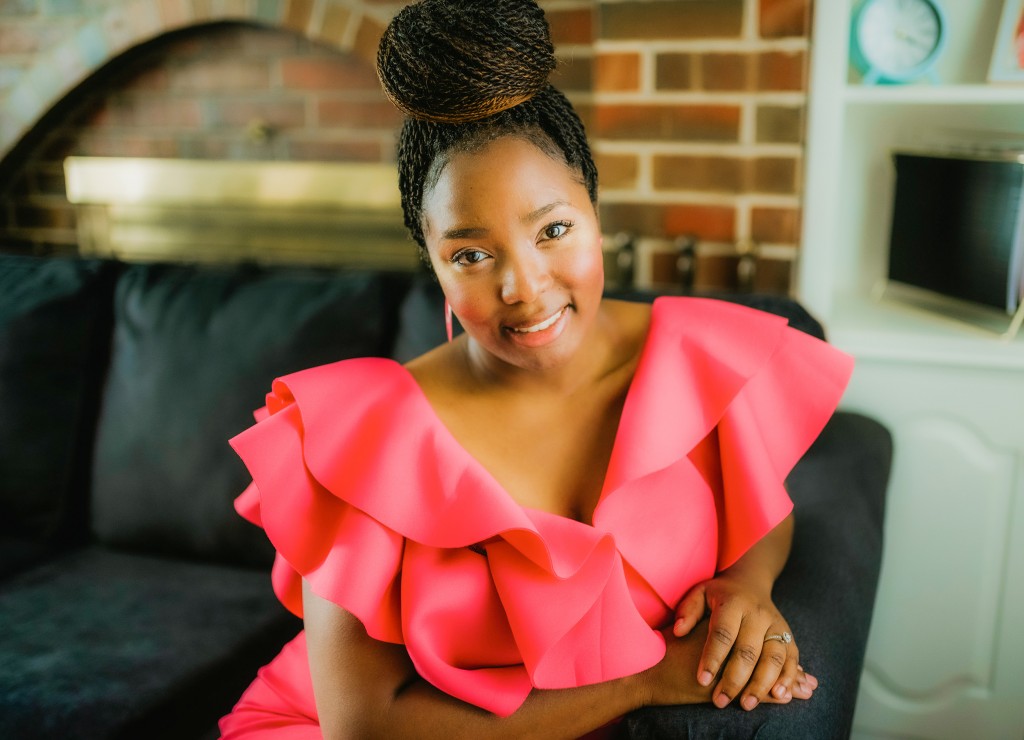 Placing an interracial romance at the heart of this story was always part of Jackson’s plan.

“Black women, in society, have gotten the short end of the stick,” she says. “I just wanted to highlight Black women as beauty. It’s a story about love, and Black women are seen as beautiful by all races.”

The book loses some of its nuance in discussing racism of the era in its portrayal of the KKK as backward outsiders. At one point, it reads, “Lorenzo’s family … now controlled the politicians, the police department and the city’s transportation—but the KKK was a group of ignorant idiots who obviously had a death wish.” It’s strange to read this sentence that suggests politicians, police, and lawmakers are separate from the hooded white supremacists—when that has historically not been the case.

While the politics of Kansas City in the book diverge from our actual history, Jackson isn’t writing a textbook here. She is a romance author seeking to tell the story of an empowered Black woman opening herself up to love after trauma.

A previous editor, however, insisted that Jackson’s work appeal primarily to “a Black audience.” That wasn’t what Jackson was aiming for.

“I was like … why?” Jackson asks. “She was like, ‘Primarily only Black people are going to read your books.’ Well, okay, that’s going to be a problem for me, that you think that. Because I’m not writing Black stories. I’m just writing stories.”

She adds: “It took me forever to even put my writing out there, I was just afraid it wasn’t good enough and people weren’t going to read it because I’m a Black author and they think Black authors can’t write.”

For Jackson, there’s added pressure to come out of the gate with a strong debut.

“You feel like you can’t just be good, you’ve gotta be the best,” she says. “And if you’re not, they’re gonna be like, ‘Yep, see, that’s why we don’t have any Black authors.’ Not that Harlequin would do that at all. But I am afraid that if my book doesn’t do really well, other Black authors aren’t going to have a chance.”

Jackson’s job isn’t an easy one. The “historic” element in the “Historical Romance” is an unbelievably complicated topic. How does one envelop hundreds of years of oppression as the foundation of a love story? For a truly impossible task, Jackson has fired the first salvo in a series that is long overdue for covering issues it has, perhaps, feared tackling.