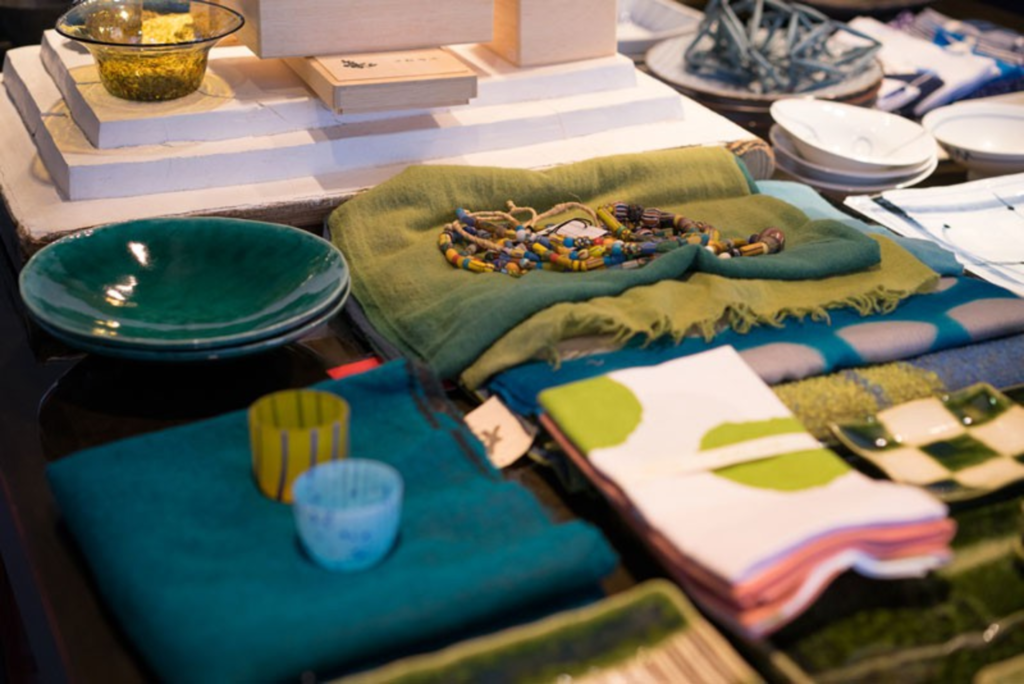 Once a year, Elizabeth Wilson goes shopping in Japan. She has made the annual trek since 1977, the year that she opened Asiatica, her distinctive Westwood boutique. Then, as now, she adheres to a simple criterion: She buys what she likes.

“What I buy varies a bit from year to year,” Wilson told me when I stopped by Asiatica in December. There wasn’t a dragon or a tiny Buddha in sight. “One year I’ll find a wonderful stationery store, and another year I’ll find these tie-dyed scarves in Kyoto. Another time I’ll find a whole series of wonderful books that nobody has imported, or I’ll find a new jeweler whose work I really like. I’m always looking.”

On that chilly day, Wilson was wrapped in an elegant but comfortable-looking shawl, and her shiny silver hair was cut in a chin-length bob. As she showed me around, she pointed out some of her favorite items, including a spiky Lucite “icicle” necklace; a stack of glazed turquoise bowls; and a rack of tie-dyed silk scarves, their fabric rising in peaks like fresh meringue. But Wilson was most excited about the clothes, each piece custom- or handmade, with a heavy emphasis on jackets and shirts (and men’s bow ties) made from repurposed kimonos. 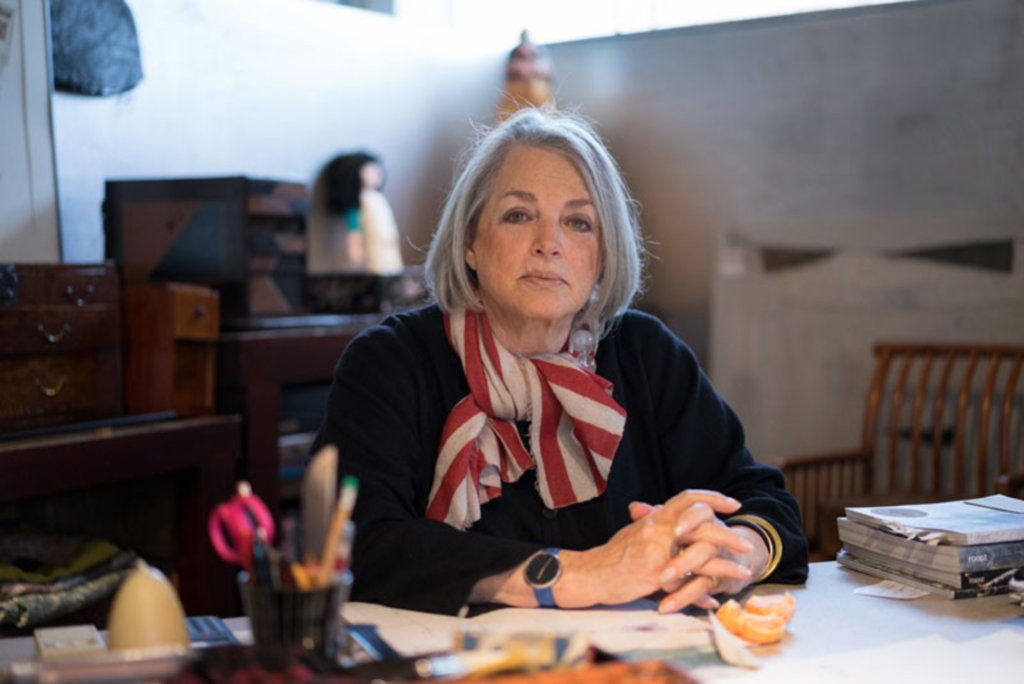 “The clothes evolve every day,” she said. “I’m like, ‘This is the most beautiful thing I’ve ever seen — oh, no, that one!’ The clothes continue to excite me because every piece is different, and it’s fun to see what the girls can produce because each one has her own input into the creative process of making a garment.”

The jackets run the spectrum from simple and understated to bold and colorful, an aesthetic that occasionally confuses and fascinates Wilson’s Japanese vendors, some of whom she has been visiting for decades.

“They’ll say, ‘That’s a kimono for an old man’ or ‘That is so bright that it would stand out too much,’” she said. “But we don’t bring any assumptions to the fabric. We just use it.”

Wilson started making westernwear out of kimonos largely because the traditional Japanese garments were easy to acquire. Thirty years ago, young people in Japan were breaking with tradition and “trying to be more Western,” she said, meaning that they wanted to be rid of kimonos. When Wilson realized that this beautiful fabric was her most affordable and readily available resource, she bought as much as she could.

Then she had to figure out what to do with it. She and her former business partner began sketching patterns for clothing on Safeway grocery bags. Thanks to the results of those sketches, the company quickly gained a reputation and momentum. Within a few years, Asiatica’s staff was traveling to cities all over the country for trunk shows.

On average, the members of Wilson’s small staff have worked with her for 25 years, allowing each to have developed and maintained an extensive, nationwide clientele.

“People are really loyal,” Wilson said. “If we make a product that they think is of high quality, and they get compliments on it and it fits them, they got their money’s worth. The clothing has driven everything. It’s what people want, and they’ve found that it holds its value. It’s not trendy. It’s not immediately out of date the minute you walk out of the store. The average length of time somebody wears our clothing is probably 20 years.” 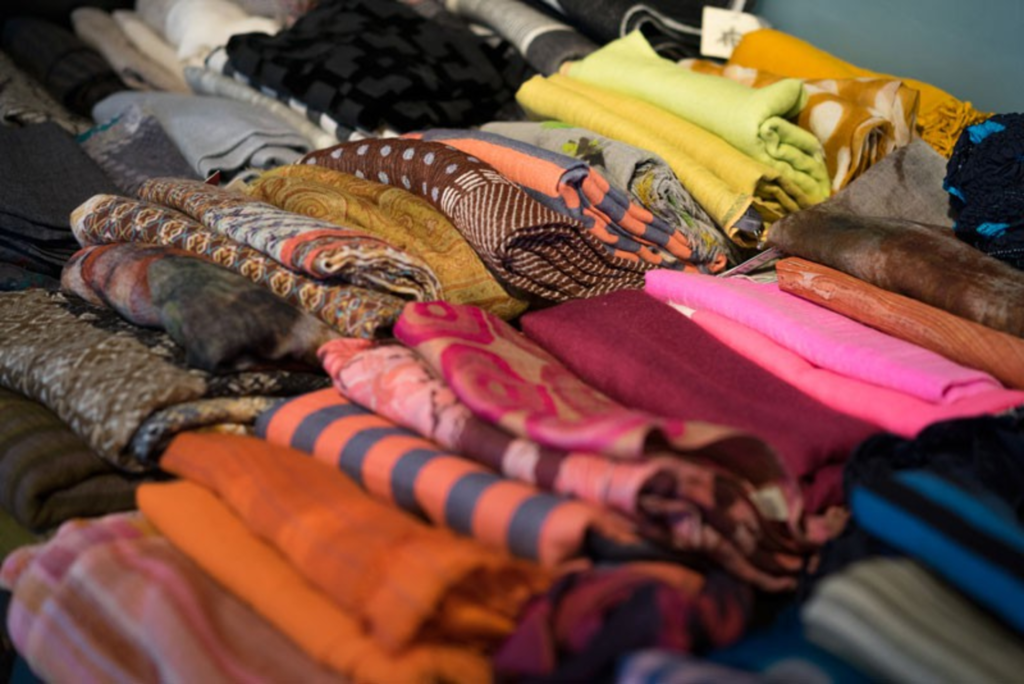 In addition to selling Asiatica’s latest creations, fashioned from the miles of fabric that she has accumulated, Wilson spreads the word about Kansas City. She told me that her customers are “absolutely blown away” when she describes her home city: good food, fine art — and Asiatica, of course.

“Most of our customers have never been here,” Wilson said. “They have no idea what goes into the making of their garment. It’s sort of like a cook who wants you to know how hard he worked to make that soup, and it doesn’t matter. Is it good soup?”

The key to good soup — or, in this case, classically stylish, durable clothing — is good ingredients, something that Wilson continues to find each year in Japan. And she remains eager to share her discoveries.

“Every trip is an adventure because I always see more,” she said. “I fall in love again with their attention to detail and the customs of the country. And I hope people will be curious about what goes on at Asiatica and not be shy about exposing themselves to new things.”