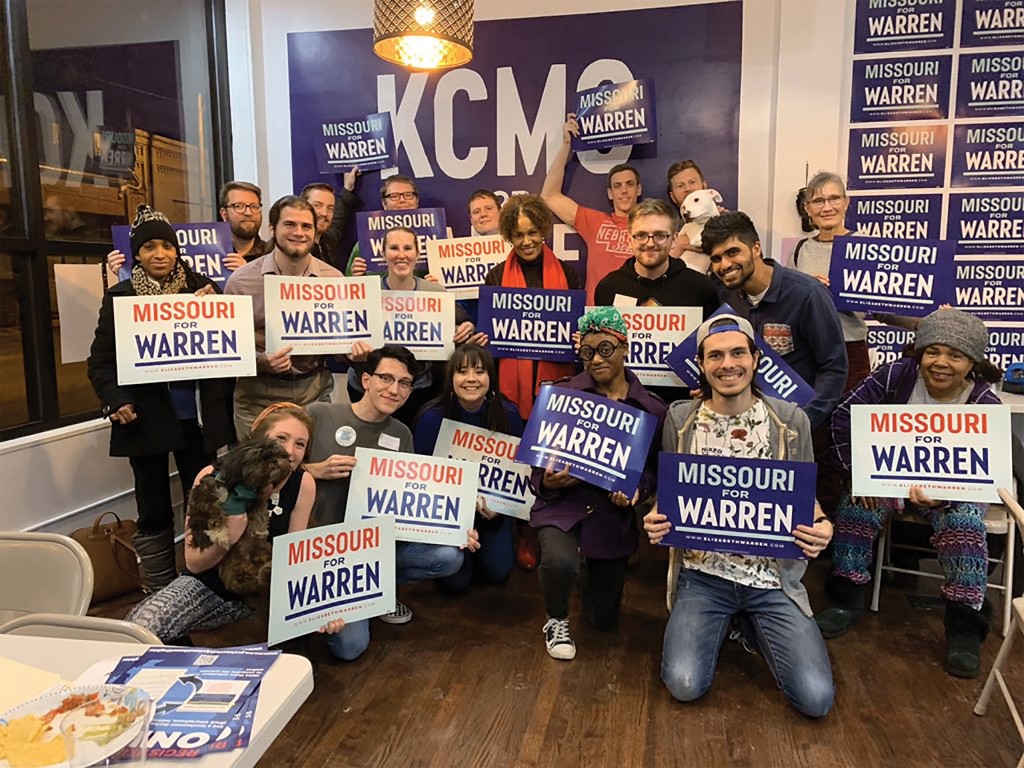 As the first early voting states have kicked off the 2020 Democratic primary season, Elizabeth Warren has had a slow start. In the first caucuses and primary elections, she came in near the middle of the pack of her fellow Democratic candidates. On a national scale, those results are going to be disappointing to Warren’s supporters. But in Kansas City, the buzz of excitement around her campaign remains strong.

Missouri doesn’t vote in this primary election until mid-March (and Kansas is even later, not hitting the polls until May), which means most candidates don’t bother to establish a presence here until after Super Tuesday is already a memory. A small handful of candidates have stopped by for issue-specific events: Joe Biden spoke to union workers in KCK; Pete Buttigieg came for a fundraiser and a tour of the Veterans Community Project last fall; Kirsten Gillibrand hit up St. Louis for a town hall around reproductive rights.

But Elizabeth Warren was the first Democratic candidate to set up an office in town, and she did so months before KC heads to the polls. Even now, months after Warren’s office launch, only one other candidate—Michael Bloomberg—has opened an office here, and whether his campaign had already been planning the move or not, the announcement came in the form of a joke. After the Kansas City Chiefs’ historic Super Bowl win, Donald Trump mistakenly congratulated the “great state of Kansas” for the victory. Bloomberg used the opportunity to make the announcement.

Love to pour whatever amount of money it takes to open a presidential campaign office into landing a quick jab on Twitter. 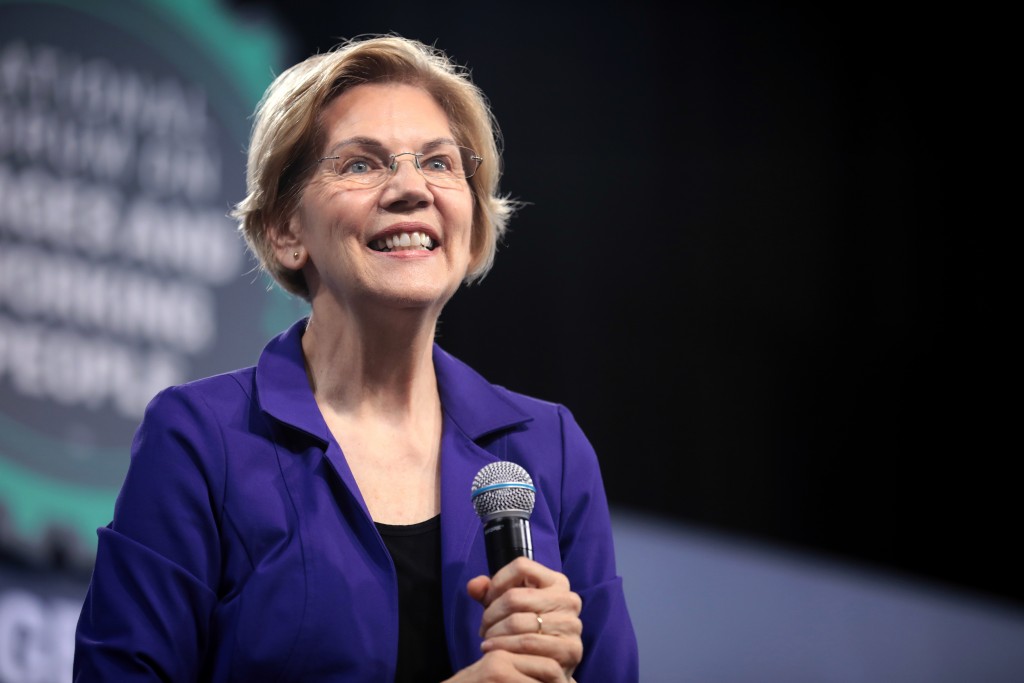 Photo by Gage Skidmore, courtesy of Elizabeth Warren for President.

For Warren, her presence in KC is no joke. “When I decided to run for president, I made the decision that I wouldn’t spend my time in closed-door fundraisers, sucking up to billionaires. Instead, I was going to build an organization focused on local organizing funded by grassroots donations,” Warren told The Pitch via email. “Building this campaign from the grassroots is all about making this democracy work and lifting up everyone’s voices—and that’s why I wanted our campaign to have a presence in Kansas City. Everyone should have an equal voice in our democracy.”

The campaign office—housed in Martini Corner, featuring useful amenities like a childcare room and Warren’s signature Wall of Plans—is a central hub for volunteers to join in-person phone banking and canvassing events. But there’s also an extensive online community where people can organize local action and connect with other supporters in groups based on shared interests–everything from specific policy plans to small business owners to pet lovers to “Nerds for Warren.”

The goal is for those volunteers to come in for phone banking or door-to-door canvassing, but then also to give them the tools to take their excitement and their skills back home with them, setting them up to take on a sort of grassroots leadership role in Team Warren amongst their friends and larger communities. 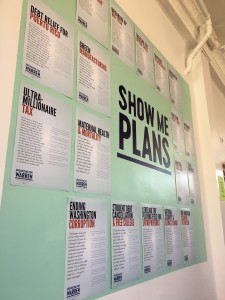 The decision to open an office here so far ahead of Missouri and Kansas’s primary election dates might seem like a waste of resources to other candidates. But the trade-off means getting to establish relationships with voters on the ground here in KC. As Brooklynne Mosley, the Missouri State Director for the Warren campaign, puts it, “The one thing we don’t get back is time.” So they’re putting in the time.

Time isn’t the only issue that’s positioned to make campaigning in a place like Kansas City difficult. We’re a blue bubble in a much redder landscape, in a region with a stark urban-rural divide. (We’ve also been ground zero for some pretty weird political proposals that have failed spectacularly, a la Sam Brownback’s “Kansas experiment.” We get why some politicians might be a little trepidatious to wade into these waters.)

Still, there’s plenty that we have in common. Voters all over the state are focused on getting Trump out of office. Concerns over issues like college debt and access to healthcare aren’t limited by geography.

To Warren, her approach remains the same no matter what:

“I’ve been to red states and blue states, purple states, red parts of blue states and blue parts of red states,” she told us. “I believe this is how we make our democracy work. We reach out to people, we tell them what’s in our hearts, we tell them what our vision is for this country, and we ask them to join us. That’s how we build a movement. That’s how we make change.”