Electromediascope’s latest series – The End – is its last 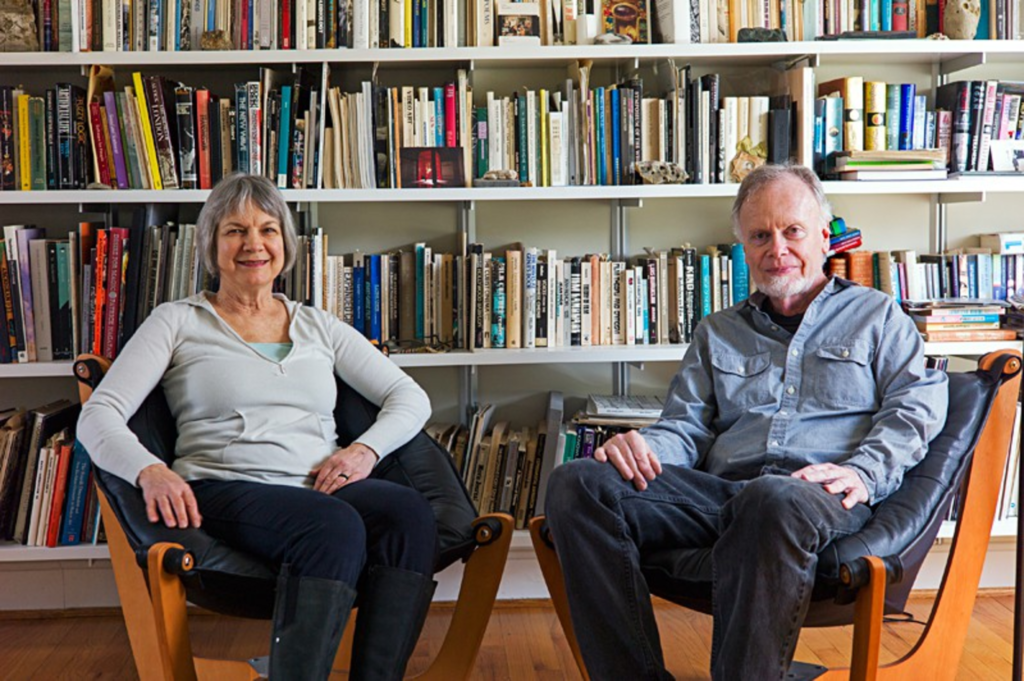 In Sheepwoman, artists Laetitia Sonami and Sue-C make a movie in real time, using motors and computers and projections and such unexpected objects as cans of compressed air. If that sounds like something you’d see at Electromediascope — the Nelson-Atkins Museum of Art’s seasonal program of experimental film, video, sound, performance and new-media art — well, you’re right.

And if you like Electromediascope, you’ll want to see Sheepwoman, the first of April’s three Electromediascope events, Friday night. Because this month’s 20th-anniversary series is titled The End for a reason: Gwen Widmer and Patrick Clancy, who have curated the series since its 1993 inception, are retiring, and so is Electromediascope.

“We wanted to have performance, we wanted to have a feature-length film, and we wanted to have a bunch of shorts because that’s emblematic of what we did,” Widmer tells The Pitch. Following Sonami and Sue-C, then, is a kind of greatest-hits package. Before Tomorrow, a feature-length movie about 19th-century Inuit, returns to the Nelson April 19. Twelve shorts, selected from the sources most often tapped by Widmer and Clancy over the years (including Video Data Bank in Chicago, and Marian Goodman Gallery and Electronic Arts Intermix in New York), close things out April 26.

Over its 20-year run, Electro (as Widmer and Clancy call their project) has examined — and arguably contributed to — changing attitudes in new media, even as an expanding number of evolving technologies altered what constitutes “new media.” In the early 1990s, museums, the press and the public didn’t view film and video in the same way they looked at painting and sculpture: as visual art.

“There was still that modernist idea that you define content in terms of the media itself,” Clancy says. Even film and video, he adds, seemed opposed to each other at the time.

Deborah Emont Scott, then curator of modern and contemporary art at the Nelson, tapped Clancy, who taught across the street at the Kansas City Art Institute, to program a series that would bring new film and video works to the museum’s audiences. Philanthropist Rheta A. Sosland established a fund in the late 1990s to support the program.

In the early days, gaining access to such works, which often had just one or two prints in circulation, was a challenge. “If someone else already had that date, you couldn’t have it,” Widmer recalls. “Putting the program together was really kind of a crossword puzzle of fitting content with running time — because we could only have about 90 minutes in an evening — and availability. Now, with video and DVDs, availability is not so much an issue.”

Other aspects of putting on Electro, however, have grown more complicated. The Internet has made it easier to program film and video series with a global reach. Widmer says there’s also more paperwork to fill out, more permissions to seek.

Another challenge was keeping up with new media’s technical demands. It wasn’t until during the construction of the Bloch Building, when Electromediascope went to Tivoli Cinemas (for the fall 2004 and winter and spring 2005 series), that Widmer and Clancy had the opportunity to select Matthew Barney’s Cremaster Cycle and Andy Warhol’s Chelsea Girls, works with technical specifications too complex for the museum to handle. The Tivoli was able to reproduce the latter as the artist intended: projected simultaneously by two machines.

Today, the Bloch Building allows for the display of video work in the galleries, something the Nelson couldn’t accommodate when Scott recruited Clancy. The contemporary-art curators working there now — Jan Schall and Leesa Fanning — have organized Bloch presentations of new-media projects, including such well-received works as Bill Viola’s The Raft and the American debut of Chinese artist Cao Fei’s RMB City Opera. But that capacity also may signal a diminished audience for what has become an old-school new-media experience.

“We’ve incorporated it into our regular exhibition offerings, enabling new-media art to be experienced over extended periods of time rather than in a singular evening program,” Schall says of how new-media art is being presented at such places as the Whitney Museum of American Art, the Guggenheim Museum — and the Nelson itself. “Our Project Space has become our venue of choice for new-media programming.”

Clancy, whose own film and video work focused on gallery installation as early as the mid-1960s, recognizes that, despite changing modes of display, there’s still something special about experiencing artwork in a theatrical setting. “I still really enjoy being in a large space with a high-resolution image and surround sound and other people — their presence in the space,” he says. “I really think that’s amazing.”

For at least another three Fridays, it still is.