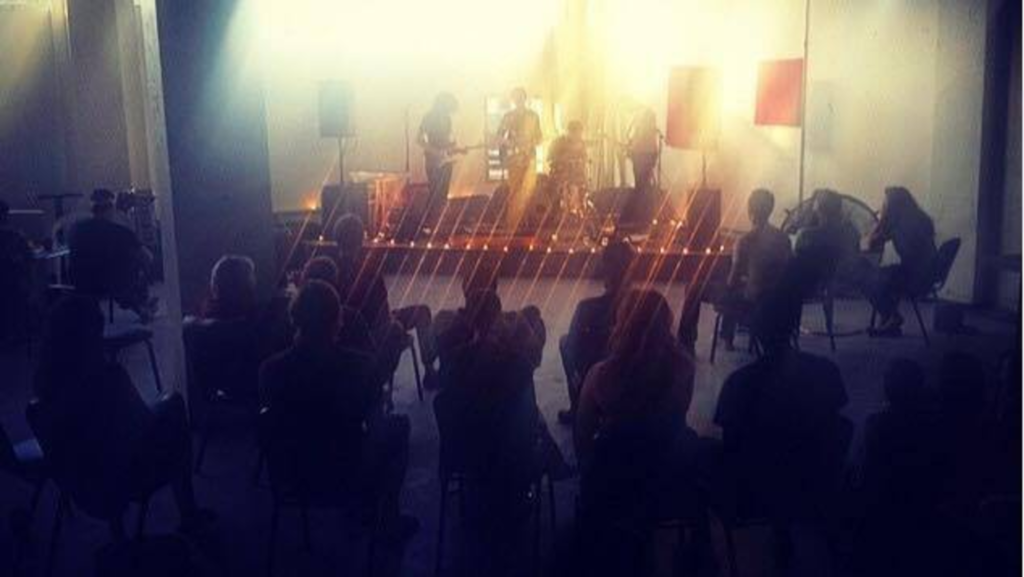 The recently reopened El Torreon seems to have floated under the radar of most show-going folks in Kansas City. While the all-ages venue hosted quite a few legendary shows in its heyday — Fugazi, Bright Eyes, the Get Up Kids, amongst others — the attempts to revitalize it as a performance space have never been met with much success. The Cowtown Mallroom flea market would play host to bands on Sunday afternoons, but other than that, the space hasn’t been a music mecca in nearly a decade.

Any chance of the building at 31st and Gillham returning to its musical roots as the Cowtown Ballroom or El Torreon seemed dashed when it was announced that the Bridgeport Community Church would be taking over over the space. However, hope was offered in this April article in the Kansas City Business Journal, in which Bridgeport’s pastor and founder made mention that the building would still host concerts in an effort to create “a community center, so to speak,” but that the venue wouldn’t “be exclusively Christian music.”

El Torreon started hosting shows again in June and has held regular First Friday concerts since then. The reopened venue is booked by Arin Gilbert, a photographer who runs Eleanor Studios with his wife, Genavieve. We reached out to Gilbert with a few questions about the venue. First, we were curious about the acts which have been booked thus far.

Most have been in a certain post-rock or folk-rock vein. Some acts are distinctly Christian leaning: Zachary Simms very explicitly states he writes “music about Jesus Christ: His Death, Resurrection, and Second Coming,” and upcoming performer John Mark McMillan’s last album, Borderland, debuted at No. 1 on iTunes’ Christian chart. Others are slightly more instrumental and post-rock, making for a difficult read. Their Facebook pages are pretty vague, too, so we asked Gilbert what’s up with the limited palette.

“Guilty! I love indie and post-rock,” he wrote in an e-mail. “That’s just my jam. Of course, I am a little partial to the music I like, but am not wanting to corner ourselves into one genre specifically. I am interested in hosting shows of all kinds of genres. I used to go to shows at El Torreon, and I remembered loving the venue and would drive from Springfield to KC to see bands.”

Gilbert promised to branch out in the future: “I know there was a thriving metal, hardcore and punk scene that played a lot here and want to bring some of those bands in as well.”

What may have kept the renovated venue below the radar for most folks is that they’ve yet to feature shows from bigger or more-established acts, aside from the upcoming John Mark McMillan show. The majority of the bands who’ve played there thus far — except for Max Justus and Gardienne — are pretty new.

“As for long-term plans and larger-scale concerts, that is definitely a desire of mine to bring in more well known acts,” Gilbert wrote. “For now, though, we are in a sort of soft opening, doing some smaller local shows.”

Gilbert hopes to launch a Kickstarter campaign in the fall to raise money for everything needed to have what he describes as “a sustainable all-ages music venue and arts space,” such as a bigger sound system, furniture, and treating the room acoustically.

Of course, the question remains whether the space is run by the church. The phrasing on the El Torreon website is a little confusing, since it says that El Torreon is “located inside a building that shares the space with Bridgeport Community Church.” Is the venue associated with the church itself, or does Bridgeport just allow use of the space?

Gilbert acknowledged that it’s a bit of a hot question.

“El Torreon is located within the building that the church owns. It’s hard to not talk about that,” he said. “I think it is important to have an identity for El Torreon, but apart from what you see when you pull up, there is still the question of our relationship to the church. El Torreon is [an] all-ages music venue and arts space. We will do concerts, we will host art openings, we will bring in local artisans, show an occasional movie, et cetera.”

Gilbert confirmed that he is, in fact, a member of the Bridgeport congregation. But he wants to bring to bear his experience running the Springfield arts and culture space, the Belmonte, here rather than pursue a religious agenda. He compared the situation to the successful Philadelphia all-ages club in the basement of the First Unitarian Church, which has been running shows for about 20 years:

“I want to preserve the history of the building and restore what has been going on there since 1927,” he said. “That is my heart: to continue the legacy of El Torreon and contribute to the community by creating a space for music and art. When you come to El Torreon, it would be as if you walked into any other all-ages venue — good music, no agenda.”