Eat This Now: The Chocolate Cupcookie from McLain’s Bakery 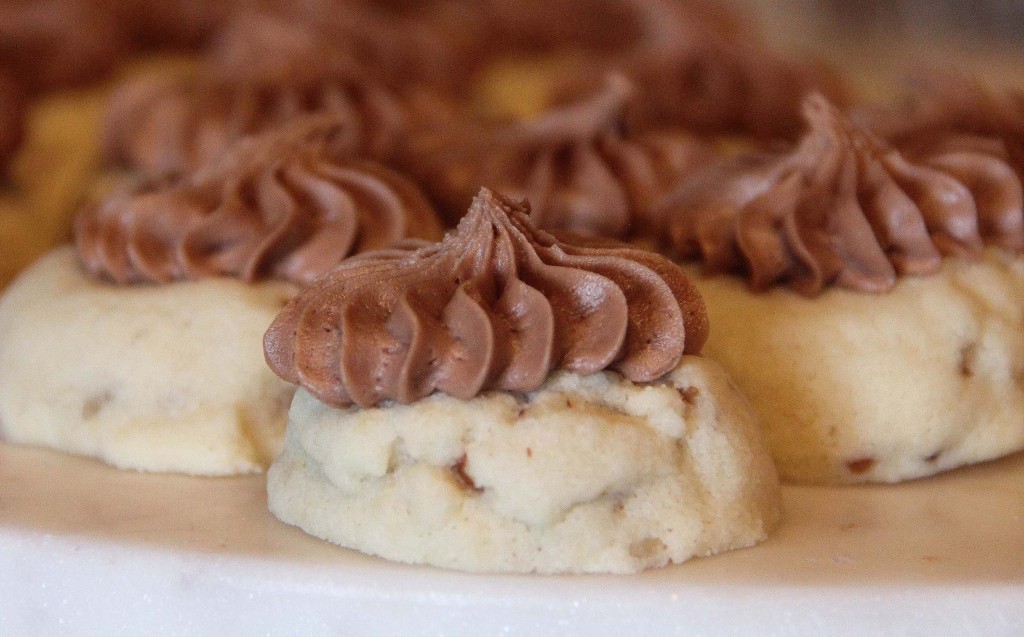 The chocolate cupcookies at McLain’s. // Photo by April Fleming

Opened in 1945, the original McLain’s Bakery in Waldo is a bona fide Kansas City institution. One not-at-all-small reason for that longevity is a humble cupcookie.

They don’t appear in the display cases alongside McLain’s glitzy, camera-ready cakes and cupcakes or even with their big, pillowy cookie cousins. Rather, you’ll need to make a beeline for a stack of white boxes with clear cellophane lids, right next to the register at the check-out counter.

If you haven’t been initiated, I’m here to tell you now: HEY YOU. BUY THAT BOX.

These shortbread-style cookies start with a pecan sandy base and are peppered with nuts. They look a bit old-fashioned, like something you’d see in a ‘50s cookbook next to spritz and molasses cookies. 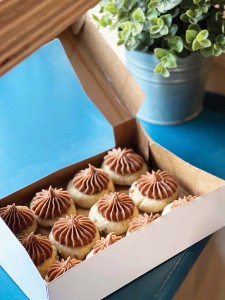 A box of the chocolate cupcookies at McLain’s. // Photo by April Fleming,

The humble cupcookie would be lovely on its own, but some McLain in the post-war era figured it all out, and the bakery has been using the same recipe ever since.

These little sandies are topped with a swirl of what could be the world’s greatest icing—customers can choose between chocolate fudge or white buttercream—ensuring a flavor-texture lottery win.

The end result is a crunchy, buttery, and nutty bite that is perfected by silky icing on top. For just $.99 for one cookie or $10 a dozen, they’re definitely worth your while.

My first exposure to them was several years ago when my then-70-year-old mother brought a dozen to our house—further confirmation of their old-fashioned appeal.

I popped one in my mouth and did that thing that you see in commercials, where someone’s eyes become cartoonishly enlarged and they need a moment to recover from the surprise. Over the next few days, I ate most of them. Since then, I’ve regularly brought home those boxes and given them as gifts.

If it’s not the best single sweet bite in Kansas City, then I don’t know what is.