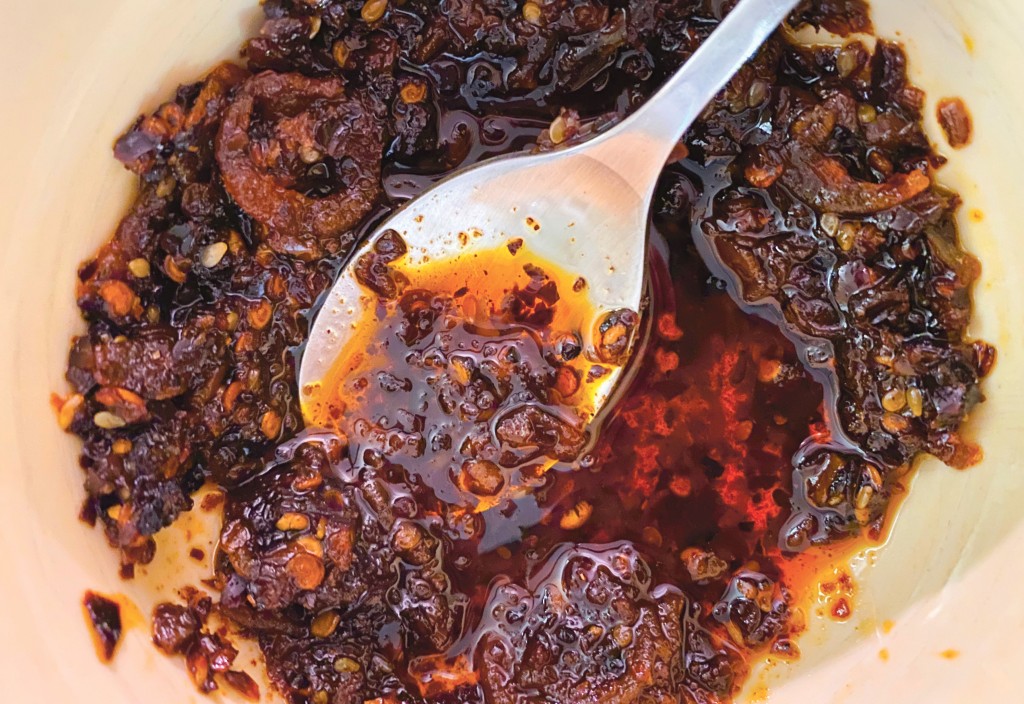 For the past three years, James Chang has been a reliable presence in the front of the house at Waldo Thai, working as the celebrated restaurant’s General Manager. He’s worked with that restaurant’s executive chef and owner, chef Pam Liberda, for even longer; for over 13 years, the two have been colleagues in one form or another at eateries across the city. But it was not until the past year that James put his own back-of-house culinary ideas—which he credits Liberda and Waldo Thai’s head bartender, Darrell Loo, for pushing him to create—on public display.

With J. Chang Kitchen, Chang exhibits his passion for Taiwanese and Chinese ingredients and flavors. While he offers occasional pop-ups and would like to one day open his own shop or restaurant, the best way right to enjoy his flavors reliably is with his take on the beloved Taiwanese condiment, chili crisp.

Released in small batches, the availability of which is announced on Instagram, Chang begins with a ridiculous amount of rendered aromatics including garlic and onion, then combines Szechuan and dried Indian chili flakes, hand-toasted and ground spices, and finishes with crispy fried shallots and toasted sesame seeds. The savory, spicy and deeply flavorful chili crisp makes just about anything better, from plain white rice to eggs, pizza, and dumplings. You can even add it to sour cream to make a spicy, tangy smear that is also good on, well, just about anything. Keep an eye on his Instagram account for release dates and links. There, if you’re lucky, you might also get word on one of his elusive pop-ups.