Eat This Now: baked goods at The Russell 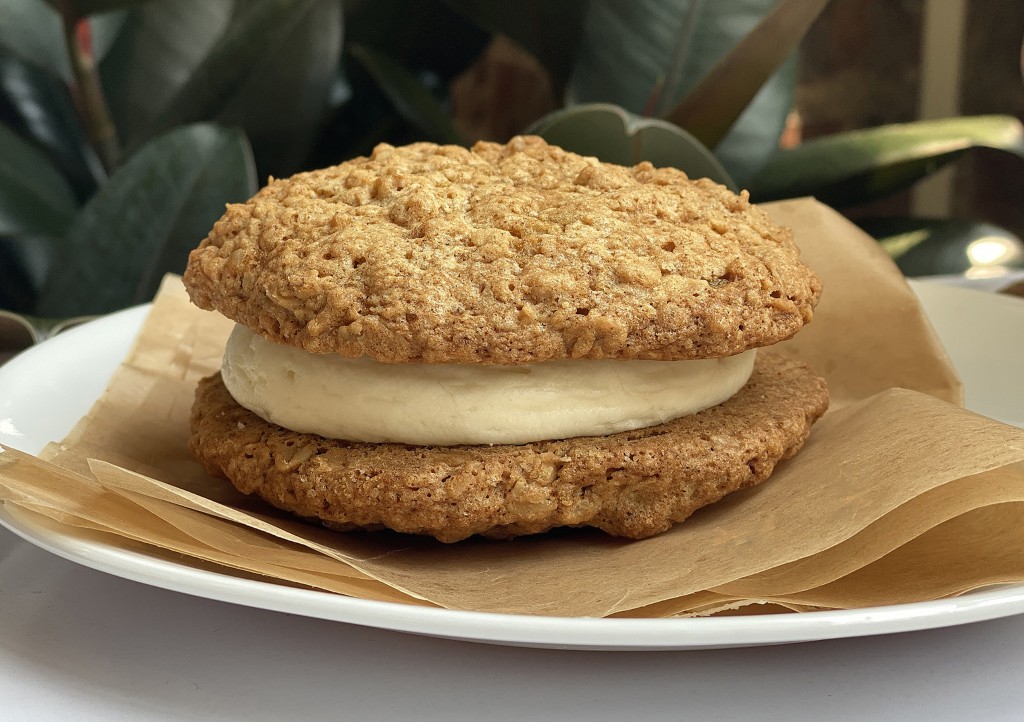 The oatmeal cream pie at The Russell. // Photo by April Fleming

The most difficult items to serve in a restaurant are the ones everyone can make (or the ones everyone thinks they can make). A humble cookie rarely makes it onto a dessert menu—even on kids’ menus. Perhaps this is why we seem to be taking for granted the items behind the glass at The Russell.

Baker and co-owner of The Russell, Heather White, has certainly received attention for her baking. In a former life back in Vancouver, she owned a cupcake shop that she started with her friend Lori Joyce. Their success parlayed into a reality show, The Cupcake Girls, that ran for a few seasons beginning in 2010.

Since relocating to Kansas City with her husband, the attention has been less direct. She and Amante Domingo have quietly built a remarkably good and consistent neighborhood restaurant with The Russell. Most of the words spilled about it are devoted to the wood fire hearth, the meats roasted over it, and the restaurant’s ambiance—all deserving things.

Maybe you don’t know it yet, but you need one of White’s cookies, and you should probably stop wasting time already. Also good: the cupcakes, tarts, and Rice Krispie treats.

White embraces the familiar,  offering desserts and treats like soft sugar cookies heaped with buttercream frosting and rainbow sprinkles, ultra-rich bourbon brownies, and snickerdoodles that are basically their own nostalgia portals, among a lot of other tempting items.

But if you have to get just one lonely item, it should probably be the Oatmeal Cream Pie. Like its Little Debbie inspiration—a bit sad and floppy in comparison to White’s tribute—this whoopie pie features two outrageously soft, alarmingly large oatmeal cookies (without raisins, appreciated). The two cookies sandwich about half a cup of near-perfect buttercream icing. You will think, “there’s no way I will eat all of this,” but then you do. You’ll see. They are treasures.