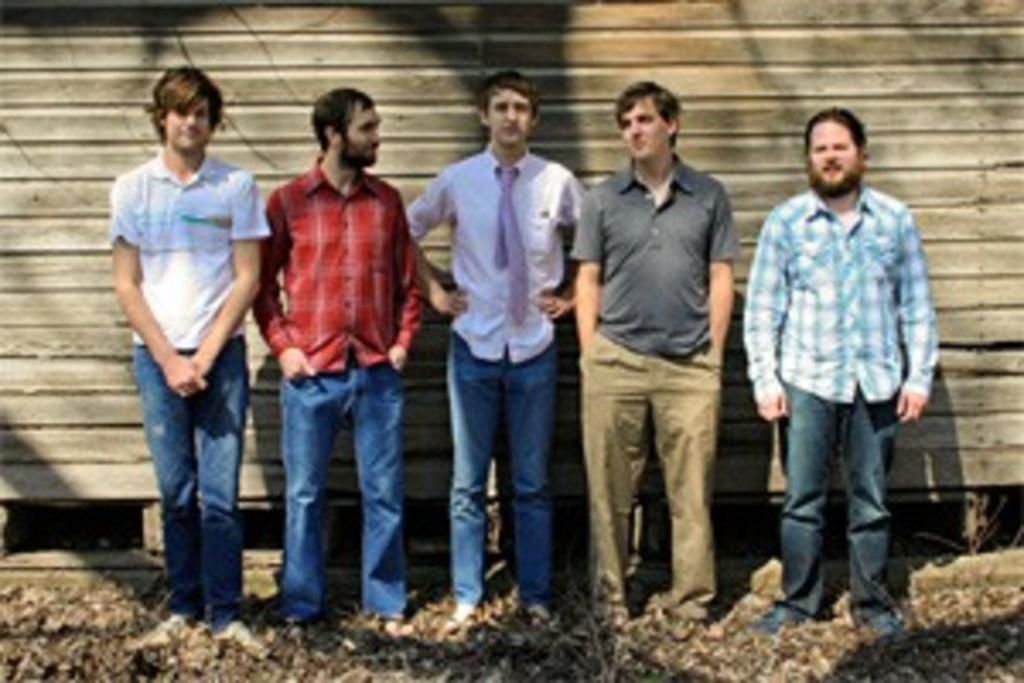 Make something of yourself — or hit the snooze button.

That was the directive in the title of Ghosty‘s first album. Released in 2005 on West Coast label Future Farmer Recordings, Grow Up or Sleep In introduced the world outside Lawrence to a band adept at both kicking back and going for it.

The album brought forth Ghosty’s signature single, “Big Surrender,” a lean ride of jangly guitars, rattling drums and an unforgettably catchy chorus that calls for people to shape up and be positive. As if to illustrate the sleep-in side of the imperative, “Henry Greene” is an upbeat lounge-rock tune in which frontman Andrew Connor admits, Armies fight, and they die/So that I’ll have the right to ignorant dreams.

Grow Up didn’t make Ghosty famous, but it did put the band on the national radar. Now, Ghosty has a new album. Released on a Kansas City label, Answers proves that: (A) Ghosty is grown up, and (B) Ghosty does not sleep in — or, for that matter, sleep much at all.

Over the past two and a half years, the band has toured the country and recorded an album; its members have also been gigging in a surprising array of other (and, in some cases, more successful) acts.

And then there were the crazy cover projects.

In March of last year, Ghosty worked up 16 songs by the ’70s power-pop band Big Star and performed them over two nights at local venues. A couple of months later, the band put on dress shirts and ties and played 15 songs by the ahead-of-its-time ’60s group the Zombies. For a while there, it looked like Ghosty was just showing off.

It was also the chance to recruit a new guitarist. Blanton was brought in for the Big Star show, just in time to contribute to the final round of recording sessions for Answers, by that time more than a year in the making.

The album was a little nomad. It began in then-guitarist Jeff Ferrell’s parents’ house in 2005, where the band recorded two tracks, DIY-style. In 2006, the band returned to Trent Bell’s studio in Norman, Oklahoma, where most of Grow Up was recorded — including a session that saw off-the-cuff vocal help from Wayne Coyne of the Flaming Lips.

Then, at the beginning of 2007, a small startup label came knocking on Ghosty’s door, requesting a song for a compilation CD of all-local sounds. It was the beginning of a new chapter for the band.

Founded by a local radio guy and a former local drummer, OxBlood Records wanted to collaborate with KC studio wizard Paul Malinowski to produce an exclusive track for the label’s First Blood album.

Ghosty wrote and recorded the slow burner “Make It Easier,” which also ended up on Answers.

Says Connor: “We all knew we were going to make a second record. After we did the comp and went on the road, we had time to dream, and we decided to finish [the album] with Paul.”

“It was great to have that focus and get it done in one sitting,” Connor says.

Malinowski helped Ghosty consummate its overarching plan for the album: To capture the sound of a band playing live.

Throughout, Answers maintains an intimate, spontaneous feel, its songs sounding fresh despite the fact that the band has been working on them for so long.

Opener “Dumbo Wins Again” starts sparsely, a tumbling drum pattern interlocking with a quirky guitar chord, over which Connor unloads the complaints of a hypothetical Kansas Citian who’s tired of his surroundings: Well I’d like nothing more than to leave your sad monuments and dumb fountains behind.

Fortunately, this band has no plans to uproot. Now mostly relocated from Lawrence to KC and working day jobs or going to school, the guys in Ghosty have settled into a life of making music and not worrying about breaking it big so much as having fun.

“The only thing to really value is the actual music you’re creating, and I think we do,” Connor says.