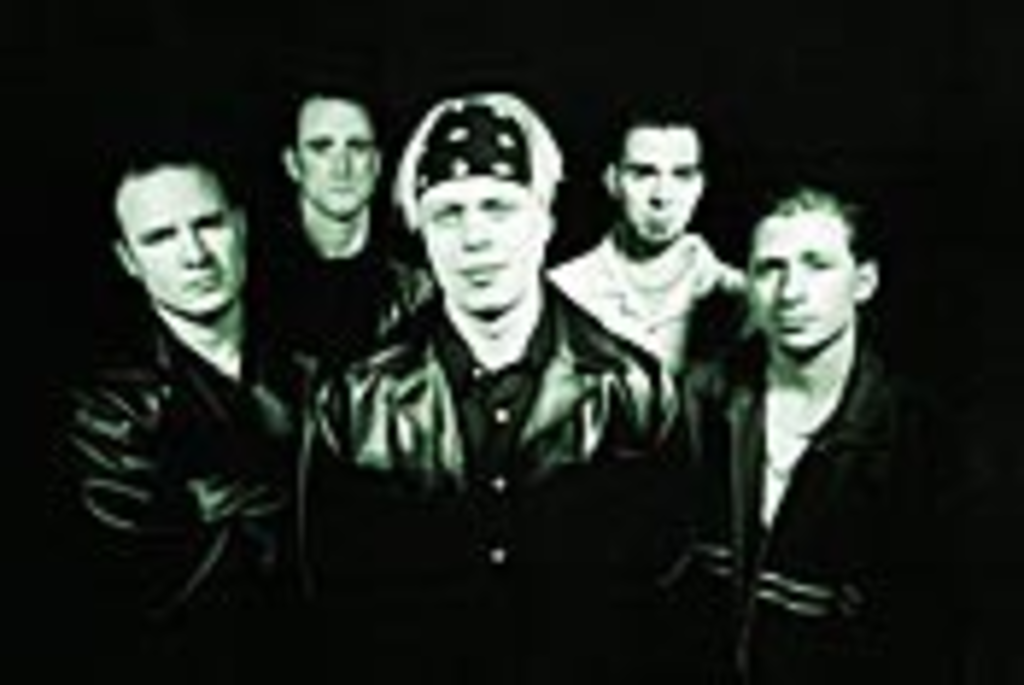 Earth Crisis. It’s not exactly the type of name that conjures up warm, fuzzy thoughts, nor is it the name a party band would choose before rocking those keg bashes back at the frat house. It’s the type of imposing moniker a group would choose if its members had something heavy on their minds. It’s a name that says 2000 zero zero, party over, oops, out of time. It’s a name that vocalist Karl Buechner, bassist Ian “Bulldog” Edwards, guitarists Eric Edwards and Scott Crouse, and drummer Dennis Merrick took on to confront the rampant hypocrisy they saw in the late ’80s and early ’90s.

“Back when we were getting started, we wanted a name that sort of expressed our mindset, our vision of the world,” explains Buechner. “Since the beginning, we have all sort of had the same opinions, the same sort of idea where the world was heading, and Earth Crisis just sort of sounded like what we were concerned with, mainly the rights of all living things, social justice, and perhaps a new moral truth. We are about self-respect, self-control, and about trying to help people realize these things through our music. We are not exactly a political band, but to me, politics are personal, and for me personally, I’m just trying to come to grips with a poisonous world out there and do what’s right.”

What’s right for this group is constant work. Since Earth Crisis released its 1992 debut, All Out War, on Victory Records, the band has spent the better part of every year out on the road, spreading its message and playing its fiery brand of hardcore punk metal. Its members have taken their thinking-man’s hardcore all across the country, sharing stages with such labelmates as Hatebreed and such unlikely acts as the Misfits as well as earning a slot on the quintessential metal roundup: OZZfest. As its touring history suggests, this group defies easy categorization.

“It seems that people need nice, easy ways to identify things, to wrap them up to carry home,” Buechner says. “When somebody asks me to define what we do, I generally try to be as vague as possible. Right now, I’d admit to playing aggressive music. To me, that sums it up pretty nicely. Are we hardcore? Yes. Are we punk rock? Sort of. Are we a metal band? That too, on occasion. What do we do? We play loud, fast, passionate music that tends to be full of energy and life.”

However, Earth Crisis can’t be summarized quite that concisely, as the group has taken controversial lyrical stances that most other loud, aggressive bands wouldn’t dare to touch. For instance, all of the band members are devout vegans, meaning they don’t eat meat, dairy products, or anything even remotely animal-derived. These views extend to their wardrobe; they align themselves with E Blood, a 100-percent-vegan clothing line. But although they remain strident about their beliefs, the members of Earth Crisis choose not to preach to their audience.

“Despite all of our rhetoric, Earth Crisis doesn’t want to remake the world in our image,” Buechner says. “We want to raise awareness of problems that we all collectively face, but we don’t want everybody to follow us mindlessly. I just want my music to make you think, not to make you join the church of Earth Crisis. I’m not a preacher, I’m the lead singer of a band, for goodness’ sake. My words are not gospel; they just ask you to think for yourself and act with your conscience.”

The band might not be preachy, but that doesn’t stop Earth Crisis from writing songs that address various societal ills. Earth Crisis has questioned animal testing, genetic engineering, the evolution of a digital police state, and humanity’s reliance on machinery to sustain itself, among other hot-button topics. Earth Crisis is also affiliated with the straight-edge movement, whose members abstain from drug and alcohol use. Given that the band makes its living on the road, where not all venues are alcohol-free, this stance has led to Earth Crisis’ fielding some incoming fire.

“Ninety percent of our shows are all-ages shows,” Buechner replies. “We are still a straight-edge band, but if we want to reach people and let them hear our message, then sometimes we have to play shows in bars. It’s an economic necessity at times. If we want to tour, then we have to face the fact that some of the venues that we are going to perform in will be serving alcohol. We present our opinions through our music and try to raise awareness in our audience without trying to judge them by our own personal moral standards. It’s sometimes hard to do, but we try really hard not to use the stage as a bully pulpit. That’s not what this should be about.

“If nothing else, Earth Crisis is about working through all of the bad energy to arrive at a catharsis, to move your head from a bad place to somewhere slightly better. To me, that’s what music should be about, that transformation that only seems possible through loud, fast, aggressive music.”