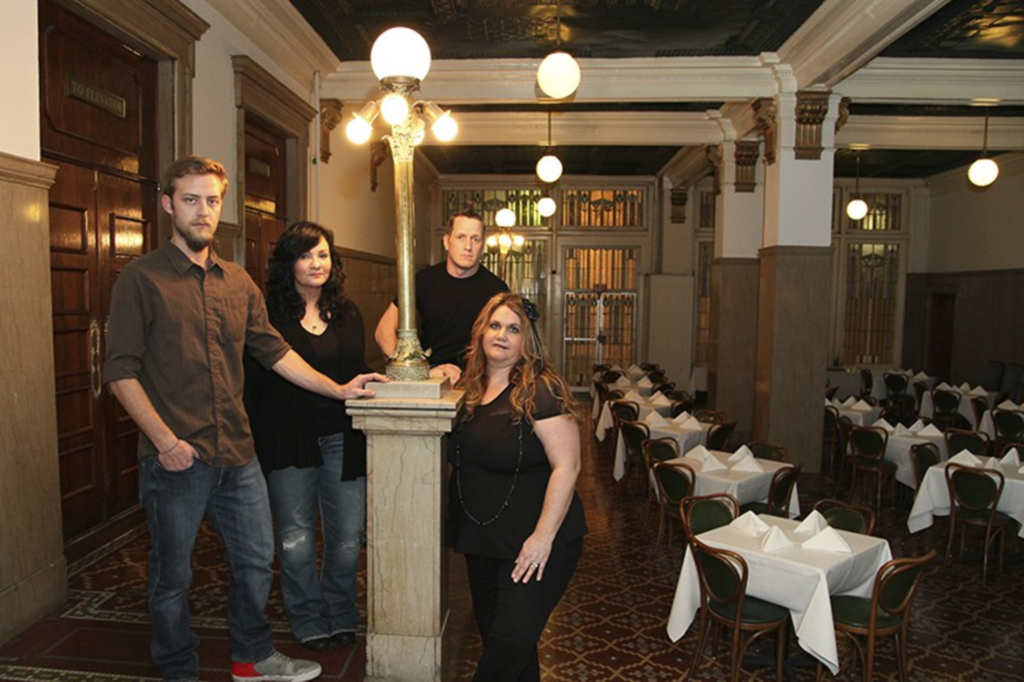 The Eagle Point Companies, a Maine-based firm that owns three Section 8 apartment buildings on Armour Boulevard, says it saw no alternative to dealing with Kansas City over a blight finding from earlier this year, so it has filed a complaint with a federal agency against the city.

Eagle Point, which bought and renovated the Bainbridge, Georgian Court and Linda Vista apartments in 2006, says it tried for 10 months to get the city and an affiliated development agency with condemnation power to back off a city-sponsored study that determined Eagle Point’s residents constituted social blight.

Social blight has been sought after only once before in Missouri; blight is a finding typically ascribed to buildings with physical defects rather than the behavior of a group of people.

The company on Wednesday evening filed a fair-housing complaint with the U.S. Department of Housing and Urban Development. It seeks to recover more than $300,000 that Eagle Point has spent on attorneys to fight the blight finding, which could have led to the city condemning the buildings and buying out Eagle Point at fair market value. It also seeks punitive damages and an order that the city stop trying to shut down its buildings. It names the city, the Planned Industrial Expansion Authority, and 4th District Councilman Jim Glover as respondents.

It accuses the city of quietly planning for at least three years to craft a plan to get Eagle Point to relinquish its property interests on Armour Boulevard, a process that involved another private developer on Armour Boulevard that Eagle Point contends was waiting in the wings to take over the properties. The Pitch on Wednesday published an account of this stalemate among the city, nearby Hyde Park leaders and Eagle Point, which can be found here.

Some city and neighborhood leaders say the residents of Eagle Point’s properties account for a disproportionate level of crime along Armour Boulevard, a rapidly gentrifying section of midtown Kansas City.

Officers with the Kansas City Police Department tell The Pitch that crime levels attributable to Eagle Point residents have significantly dropped in recent years. Statistics bear out the drop in crime since about 2009, even those proffered by the consultant who analyzed the corridor’s crime rates for the blight study. The blight study, which HUD publicly criticized, indicates that crime occurs at a higher-than-average level along Armour Boulevard.

Eagle Point’s fair-housing complaint also names MAC Properties and its affiliated entities, charging them with colluding with city officials and encouraging the condemnation so that it could stand in line ready to take over the properties. MAC Properties has acquired and redeveloped several buildings along Armour Boulevard, starting in 2007. Projects like Clyde Manor and Six40, which converted dilapidated but historic buildings into market-rate and affordable housing units, have been largely well-received parts of Armour Boulevard’s renaissance.

The Pitch reviewed an extensive collection of records made available by a Missouri Sunshine Law request and found that Peter Cassel, an executive with one of MAC Properties’ affiliated entities, and their local attorneys at Husch Blackwell, communicated with city officials frequently, consulting with city bureaucrats and other interested parties to advise on how to proceed with the blight study.

City officials last week said the blight study was meant more as an effort to get Eagle Point’s attention than actually taking their property — a way to get the company to listen to concerns with the properties.

But Eagle Point’s complaint postulates that the city worked toward the direction of finding blight, not seeing whether it existed, in an effort to pursue condemnation. A city staffer suggested that the city pay a blight consultant $5,000 extra to “encourage him to connect with social blight experts who could be helpful if something gets to court.”

A city attorney acknowledged that “social blight is a pretty squishy concept anyway” but approved the thrust of the blight study. When a draft version of the blight study was shown to city officials, the consultant was told to add more analysis of crime on Armour Boulevard.

Eagle Point’s complaint was filed with HUD, which administers Section 8 housing programs, rather than a federal court. The claim may trigger a HUD investigation through its Office of Fair Housing and Equal Opportunity. HUD could send the case to federal court with the Justice Department representing Eagle Point, or the issue could go before an administrative law judge to mete out the allegations.