Drink This Now: The Tailspin at Hotel Kansas City 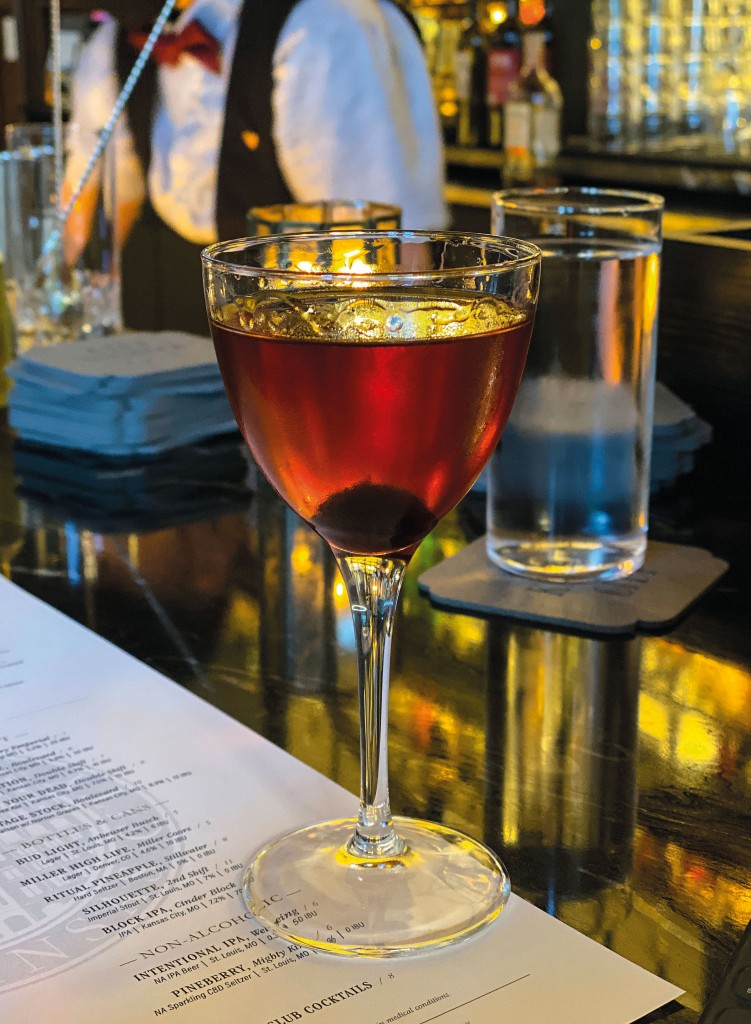 In a more typical year, the opening of Hotel Kansas City would have caused a much bigger stir than it did in Fall 2020. The renovation of the former Kansas City Club, with its 15 floors of ornate Beaux-Arts craftsmanship, would be one thing, but then the introduction of The Town Company, helmed by Chef Johnny Leach and pastry chef Helen-Jo Leach, both big-deal chefs plucked from places like Del Posto and Momofuku in New York, should have generated a wave of buzz. This was just one of so many unfair things about 2020.

But there’s no such thing as too late—maybe it is time for us all to “discover” the Hotel that’s now a part of our city’s fabric—and dive into even its less-discussed amenities, like the Lobby Bar. Like the rest of the hotel, the lobby bar is no slouch when it comes to looks, but there’s substance here, too. With a drink program designed by Director of Restaurants, Bars, and Events Scott Tipton (whose vitae includes time managing the Savoy and pioneering the Paris of the Plains cocktail festival), the bar and its drinks are far better than they ever needed to be. The drinks here, in a nod to the building’s pre-Prohibition era and Prohibition-era heydays, are mostly refined classics, refined by Tipton, and enhanced with local Kansas City spirits and ingredients.

Take the Tailspin, which is a riff on the classic Bijou cocktail. The traditional Bijou recipe calls for gin, sweet vermouth, and chartreuse, and a dash of orange bitters. The Hotel Kansas City Lobby bar version features J. Rieger & Co. Midwestern Dry Gin, a vermouth blend, green chartreuse, orange bitters, and Campari, with a Luxardo cherry for garnish. With its dusky maroon color, silky texture, and aromatic spirits, a blind taster might even be hard-pressed to know it’s a gin cocktail. And if we can be surprised by a drink in the Lobby Bar, who knows what else we might find if we dig even deeper?