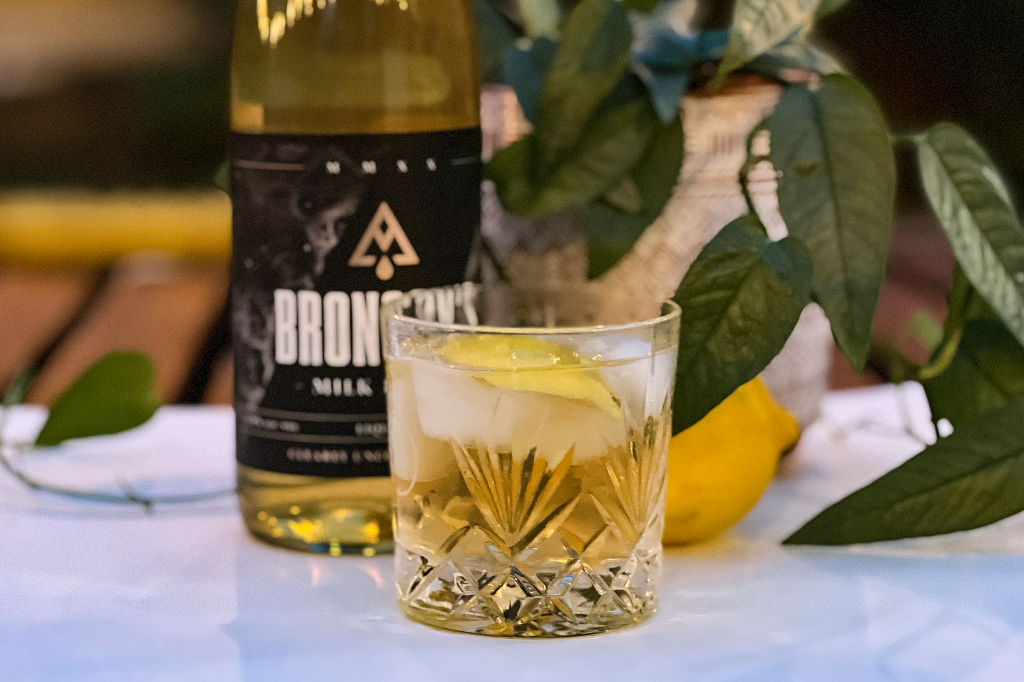 Humans are remarkable in their ability to make hooch out of anything: potatoes, juniper, honey, and rice are the basis for some of the world’s most common spirits. But the British (or perhaps medieval Irish, as there is not a clear consensus) alchemists that figured out how to make a shelf stable, completely clear beverage out of milk may well be among the most clever.

There are countless techniques involved in creating milk punch. Most simply, hot milk is added to a liquid—often another type of alcohol, like whiskey or brandy—along with an acidic component like lemon juice. The acid causes the milk to curdle, and then once that liquid is strained the resulting liqueur is completely clear. Though perhaps strange, it tastes amazing.

Utilizing clarified milk in modern cocktail programs became nationally trendy about five years ago, and almost every higher-end bar in the U.S. has featured a drink with the ingredient. Locally, one of the preferred makers of clarified milk punch has long been Bronson Kistler.

For a handful of years, he’s been a fixture as the beverage manager and bartender at Westport Cafe. But his proprietary milk punch is celebrated for its great flavor and how easy it is to utilize in other drinks. Made with whiskey, apple juice, ginger, spiced tea, lemons, and of course, milk, it’s made its way onto several other menus in town.

Everyone seems to have found a COVID project, and Kistler’s was to make his milk punch available for everyone—not just industry folks. For about a year now, Kistler has been working on commercializing Bronson’s Milk Punch, which is now available in dozens of local shops or through his website.

Each bottle costs around $25-$30 depending on where you buy it and has enough milk punch for about six drinks if you don’t mix it with anything. It has an ABV of about 15%, but goes down easy. Pour it over ice and add a slice of lemon, or experiment with it to make your own cocktail.