Drink This Now: 400 Rabbits of Drunkenness at Extra Virgin 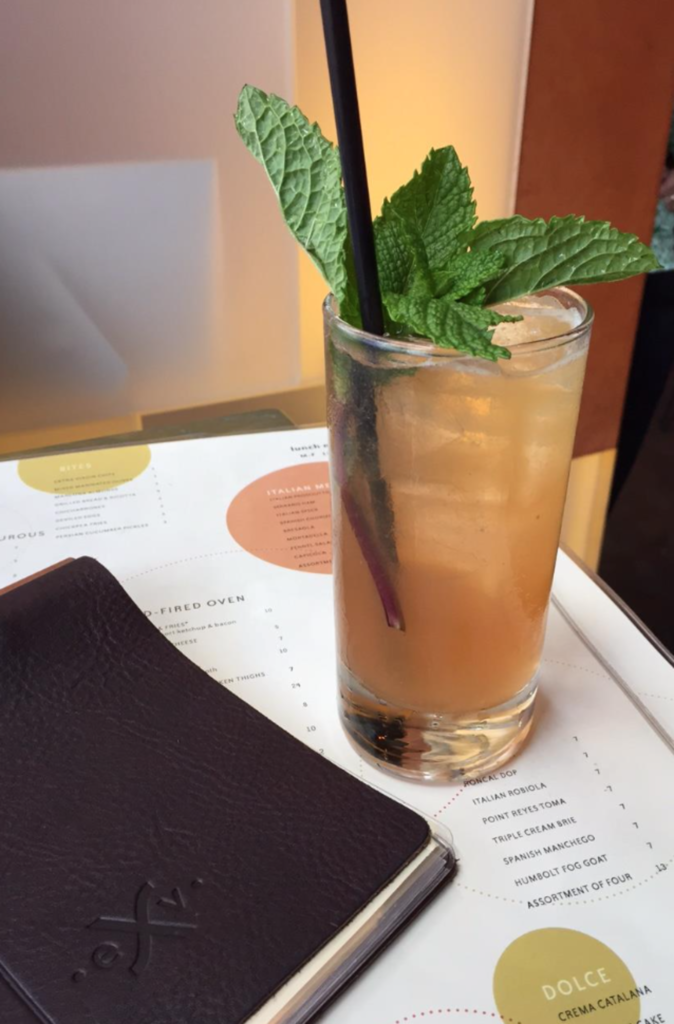 Extra Virgin’s bar manager, Berto Santoro, is not a scholar of Aztec folklore, but he doesn’t believe that should stop him from finding inspiration in some of the ancient stories. When he was developing his most recent cocktail menu, there was one legend in particular that stood out to him: The fate of Mayahuel, the Aztec goddess of fertility, who is also associated with the agave plant.

There is a mezcal drink on Santoro’s menu called 400 Rabbits of Drunkenness – a mouthful of a title, but one that, he insists, is wholly essential.

“So Mayahuel was in love with Quetzalcoatl, who was the god of everything,” Santoro tells me. “They were in love, but they had to hide from Mayahuel’s grandmother, who was the goddess of darkness, and they hid on earth as trees. The grandmother found Mayahuel and killed her, and Quetzalcoatl was distraught, so he buried her in the earth and she grew into the agave plant. The 400 rabbits of drunkenness refers to her 400 boobs – or the leaves of the agave plant – which she used to feed her children.”

I find later that there are plenty of versions of this legend, and a quick Google search shows that Santoro has gotten everything more or less right. So the image of Mayahuel’s sacrifice is firmly in mind as I sip on Santoro’s drink: a pale pinkish concoction in a Collins glass, topped with a healthy sprig of mint.

To make his 400 Rabbits of Drunkenness, Santoro combined Del Maguey Vida Mezcal, lemon juice, a housemade strawberry-white peppercorn shrub, housemade decanter bitters (made with golden raisins, cloves, allspice and orange peel) in a mixer. He shook this with ice and strained, then added fresh ice and topped with a splash of Boulevard 80 Acre.

This cocktail delivers equal parts strawberry sweetness and spice with a hint of smoke. The impressive garnish hits the nose first, so though there is no mint in the ingredients, the drink feels crisp and refreshing. It’s an invention far removed from the legend from which Santoro plucked his title, but it’s still a drink fit for gods.

“Strawberries and mezcal always work well together,” Santoro says. “They’re almost out of season, but we’ve got a few more good weeks with them, and then this menu disappears. That’s how long the drinks usually last – two months tops, or just the way the food changes with the season. In the spring and summer, there’s so many different fruits and vegetables the become available to us. Peaches are up next.”

Make sure you get to try this gem before it slides off the menu for good. Maybe offer up a toast to Mayahuel, too.